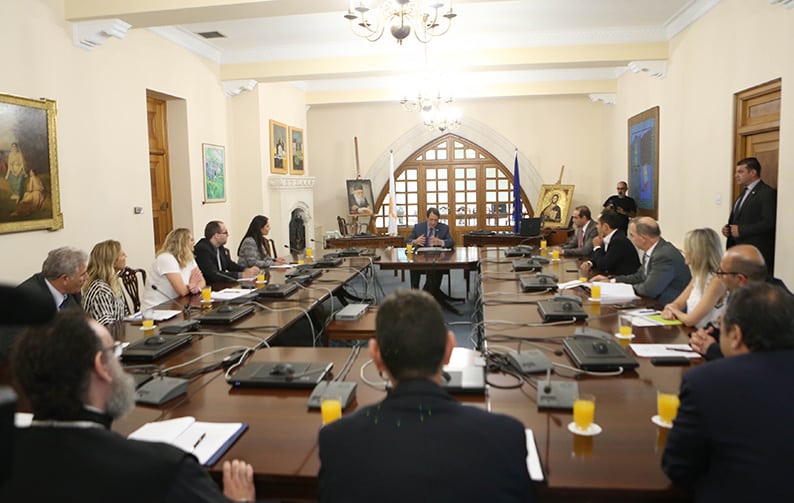 The meeting at the presidential palace (PIO)

Phivos Zachariades, the advisor to the president on sports, met President Nicos Anastasiades at the presidential palace on Wednesday morning to discuss using sports as part of the prevention and rehabilitation of various drug addictions.

In a statement following the meeting, Zachariades told the Cyprus Mail that the meeting occurred on the instructions of the president and that various representatives of athletic organisations in Cyprus were involved as well as the Bishop of Tamassos.

“This meeting was very important and is the first of its kind in Cyprus. While we are not ready yet to release information regarding the programmes that we’re developing, the most important thing is to get all relevant parties on the same page and well-coordinated”, he said.

In a 2014 systematic review of longitudinal and intervention studies, Matthew Kwan and his colleagues found that sports participation was associated with reduced illicit drug use during adolescence, and that attempts to reduce alcohol and drug use through sports participation has been limited.

In the analysis, the researchers concluded that participating in sports has the potential to reduce the risk of overall illicit drug use, particularly during high school, suggesting that this may be a critical period to reduce or prevent the use of drugs through sport. More studies are needed to reach a definitive conclusion however.

What’s brewing… coffee or a storm?