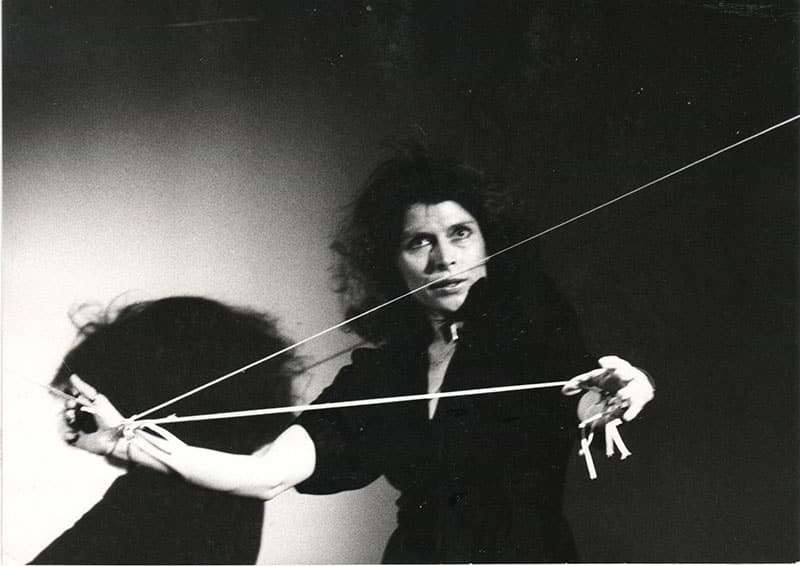 Sardam will also bring together the worlds of literature and the spoken word in a blend of expression styles including theatre, technology, contemporary dance, slamming, visual arts, architecture, sound poetry, visual poetry and more. Local and foreign writers/artists will share original pieces of writing, reading and performing literature across four days of events and workshops.

In addition to events in Nicosia, the festival extends its activities to Limassol for another year and includes a Travel Literature creative writing workshop in Paphos for the first time. In addition, well-known local musician Lefteris Moumtzis, continuing the Sardam Tribute movement which honours renowned writers and artists, will creatively focus on the work of Cypriot prose writer Ivi Meleagrou.

Guest of Honour will be Italian poet-performer Giovanni Fontana, who generated the terms “pre-textual poetry” and “epigenetic poetry”, while awarded writer and academic Thodoris Rakopoulos will give a lecture. Closing the festival, a long group literary performance by international writers will take place this year too.

The main events will take place next Friday and Saturday and will include performances by Giovanni Fontana, Thodoris Rakopoulos from Greece, Tom Bresemann from Germany, Joerg Piniger from Austria in addition to locals Koraly Dimitriades, Stelios Hadjithomas, visual artist Katerina Moschou and Michael Angelos Englezos.

A parallel event next Sunday in Limassol will see a two-part lecture Poetry, Science and Technology presented by Rakopoulos and literary performance TwoParts Poetry Project by Marouso Athanasiou and Electra Lazar from Greece in a free event.

Those wanting to get more involved can attend organised workshops, the first of which will take place in Paphos at the Ananas 8bit Coffee house with Yiannis Adamis from Greece speaking about creative writing in travel literature next Thursday which will also get participants moving by taking them outside the coffeeshop and into the local area for some of the event. Nicosia residents will also have a chance to attend this workshop on October 13 at Garage for an active morning class. Both workshops will be in Greek.

On Sunday October 14 Loizos Olympios from Cyprus will hold a Books Art workshop in Limassol followed later in the afternoon by one from Greece’s Yiannis Sarigiannides on Flarf and Conceptual poetry. These workshops will be in both Greek and English.

Participation fee is €20 per workshop and those wishing to attend three or more are offered one class for free.

Sardam Literary Festival
Literature festival with events and workshops. October 11-October 14. Nicosia, Limassol, Paphos. Main events of readings and performances will take place on October 12 at Theatro Ena, Limassol at 8pm and on October 13 at Theatro Dentro, Nicosia at 8pm. Entrance for these events is €5. Sam Albatros and Argyris Angeli, October 13, Nicosia. Free, exhibition will remain open until 10pm. Poetry, Science and Technology, October 14 at Palio Xydadiko, Genethliou Mitella street, 8pm followed by TwoParts Poetry Project by Marouso Athanasiou and Electra Lazar. Free.
Travel Literature Creative Writing, Ananas 8bit Coffee, 35Α-35Β Athinas street, Paphos, October 11 from5-8pm. Repeated on October 13 at Garage, 16 Ammochostou street, Nicosia 11am-2pm. Books Art workshop at Hani in Limassol, 133 Eleftherias street, on October 14 at 12noon to 3pm. Flarf and Conceptual poetry workshop half an hour later at same place. These workshops will be in both Greek and English. Participation fee is 20 euros per workshop and those wishing to attend three or more are offered one class for free. Reserve your place by October 7 by calling 99 558358 or 99 556226.

November the earliest date for opening of crossings – reports