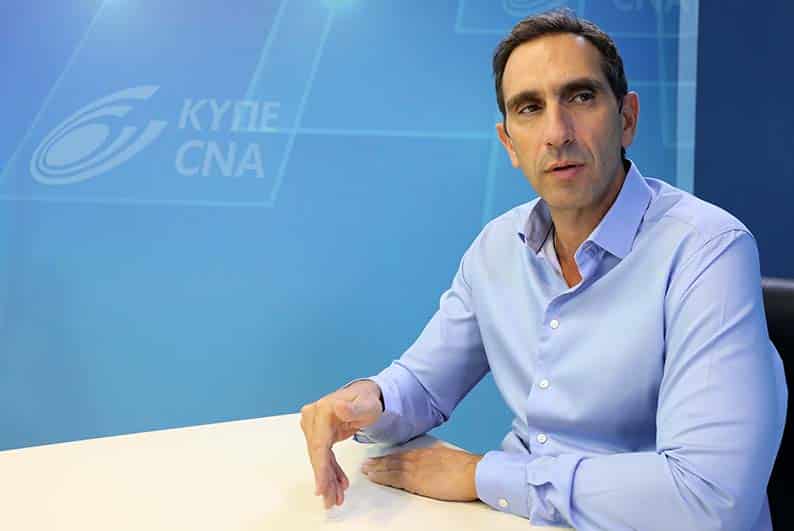 Health Minister, Constantinos Ioannou, on Thursday dismissed as nonsense, claims that state hospitals have collapsed but admitting that problems do exist but were on the way to being resolved though hospital autonomy and implementation of the National Health Scheme (Gesy).

“Problems do exist. The [hospital] autonomy and Gesy will solve these problems. Until then, we ought to, as government, to take steps to improve the everyday life of Cypriot patients,” he said. Over the last one and a half years, he said, “we have recruited 50 additional doctors in the public sector and two schemes have been approved, which have greatly improved waiting lists.”

He added that 70 per cent of the population were beneficiaries of public hospitals but that existing infrastructure could accommodate only 50 per cent.

“Therefore, this problem of the imbalance between demand and supply despite the measures we are taking, will be solved by the implementation of the Gesy that will decongest public hospitals,” Ioannou said.

At the moment, there is understaffing problem in accident and emergency departments and intensive care units, he said, but that this is not due to inaction on behalf of his ministry.

“We have proffered posts for both A&E’s and the ICU and gastroenterology in Nicosia, but with the money we offer as a public service, we cannot find doctors,” the minister said, adding that this problem will too cease to exist after hospital autonomy kicks in as doctors would be offered more attractive contracts.

Ioannou on Thursday told the House health committee that the road map for the implementation of Gesy and the administrative and financial autonomy of state hospitals was on track.

“There is no delay and we are proceeding with the implementation of the first phase of Gesy which is primary health care, on June 1, 2019,” Ioannou said after the committee meeting.

He said that keeping to the timeframes set was also up to parliament and whether they approve regulations on staff, specialist doctors, pharmaceuticals and contributions that are to be tabled soon.

He said that contributions to Gesy were approved by cabinet on Wednesday and are to be tabled to the next House plenum for a vote. “Therefore, it is up to parliament to vote them within the timeframes set,” he said.

Contributions for phase one of Gesy will come into force in March with wage-earners, pensioners, income-earners, and state officials contributing 1.7 per cent of their income, employers 1.85 per cent, the state 1.65 per cent, and the self-employed 2.55 per cent.

From March 1, 2020 – three months before phase two of Gesy kicks in with hospital treatment – wage-earners, pensioners, income-earners, and state officials will start contributing 2.65 per cent of their income, employers 2.9 per cent, the state 4.7 per cent, and the self-employed 4 per cent.

As regards hospital autonomy, he said, there have already been announcements inviting express of interest by candidates to fill 17 managerial posts in the state health service organisation (Okyy) which is tasked with overseeing the implementation of hospital autonomy. Within the next two weeks, Ioannou said Okyy’s executive director and the chief financial officer are to be hired.

As of January 1, 2019, all civil servants employed in state hospitals will be seconded to Okyy and will be given the option to either sign personal contracts with the organisation or remain as seconded staff.

On whether state doctors will opt to sign the private contracts offered to them, Ioannou admitted that some specialties were underpaid but that they would be offered more attractive employment terms to remain in state hospitals.

He added that those who will register as general physicians will be offered incentives.

Ioannou said that the budget of his ministry for 2019 – to the tune of €650m – is the highest in the last nine years and provides tripling of the funding for equipment as well as extra nurses and doctors in case this is deemed necessary.

On whether private doctors would be convinced to join Gesy, Ioannou said that consultations with the medical association (CyMA) and the Health Insurance Organisation (HIO) continue and are expected to be completed within two to three months.

A table top exercise prepared by the HIO was given to CyMA last week, he said, on how much 29 specialist categories earn now and how much they would earn under Gesy.

“It appears through this exercise that in a Gesy environment all specialties will receive either the same or slightly increased earnings which is very encouraging,” Ioannou said.