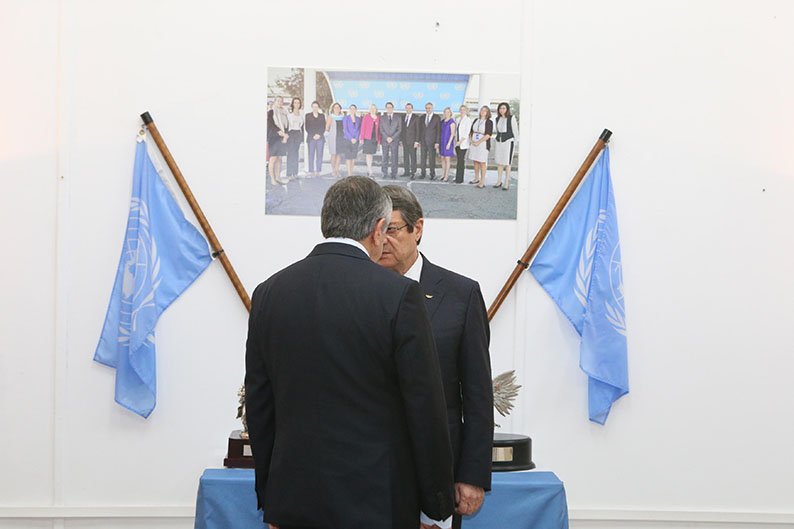 The potential for progress towards the reunification of Cyprus will be slim in 2019, as domestic issues take precedence in both Greece and Turkey, and hydrocarbons exploration has the potential for a flare-up, Fitch Solutions Macro Research said on Thursday in its outlook for Cyprus’ reunification.

According to the outlook, rising nationalism in Turkey and a potential change of Greek government in 2019 could also reduce cooperation from either side when it comes to Cyprus.

“As such, tensions could quickly escalate given the Turkish and Greek military presence in the Eastern Mediterranean region and Cyprus’ offshore gas exploration,” it said, adding that Fitch Solutions Macro Research maintain its long-term political risk index score at 72.3 out of 100, “owing to the little expected progress on reunification talks”.

The potential for progress towards reunification in Cyprus remains slim, it said, with little political will to compromise from either side.

“The failure to reach a reunification deal in mid-2017 all but ended the potential for progress before Greek legislative elections due by October 2019,” it added.

The outlook said that with the Greek government already facing domestic opposition to a potential name deal with Macedonia, there would be little appetite from the Syriza-led government to show any willingness to compromise over its reunification stance that demands the removal of Turkish troops, and the sovereignty of Cyprus.

“President Nicos Anastasiades’ reputation amongst ethnic Turkish Cypriots fell after the breakdown of 2017 talks, and with his government having failed to consult the self-styled Turkish Republic of Northern Cyprus (TRNC) over Cypriot offshore gas exploration, tensions are likely to remain high between the two sides,” it added.

The Turkish presence in the north of the island is also seen as important to the security of the Turkish state by Ankara, the deal will need cooperation between Greece and Turkey to enable an agreement.

“With an increased Turkish military presence in the region and Ankara maintaining its view that the gas resources belong to both Greek and Turkish Cypriots, there is a potential for a flaring on tensions. Turkey also is in need of energy diversification, and these resources could form part of Ankara’s long-term plans”.

Akinci says crossing can open in a matter of days