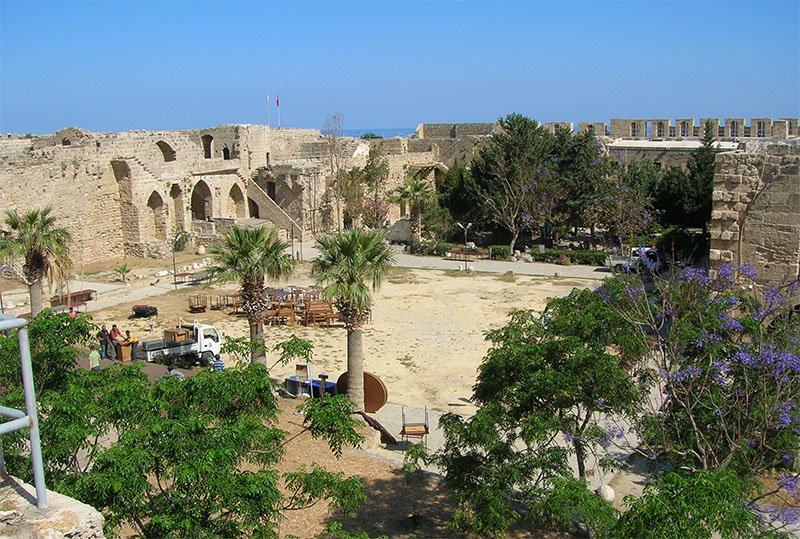 The Bicommunal Technical Committee on Cultural Heritage decided on Thursday to visit Kyrenia castle in the north to examine the storage conditions of a large number of Greek Orthodox icons and other religious artefacts, kept there since 1974.

Speaking to CNA, Takis Hadjidemetriou, the Greek Cypriot Head of the Technical Committee, said the Committee could get involved in the restoration of damaged icons, if deemed necessary.

The issue was discussed on Thursday during the regular meeting of the Technical Committee and according to Hadjidemetriou, it was decided to pay a visit to the castle to form an opinion regarding the problem after concerns were raised about their storage. He added consultations were ongoing to set the date.

Asked about the possibility of involving the Technical Committee in the restoration, in case it was deemed necessary, he said “this is within our areas of competence.”

He added that the Committee had restored many icons so far, in cooperation with the United Nations Development Programme “but first we have to see their condition and what the real problem is.”

Hadjidemetriou also said that the Technical Committee paid a visit to the castle’s storage areas many years ago and found the icons to be in good condition. On their next visit, they would be able to compare.

Asked about the possible return of icons to the Church of Cyprus, Hadjidemetriou said this was not part of the Technical Committee’s mandate but was connected to political developments in the Cyprus problem.

He said finally that the members of the Technical Committee had no difficulty in reaching a common understanding and approach over the matter.

Meanwhile Turkish Cypriot Mufti Talip Atalay said he supports the return of icons and religious artifacts to their rightful owners, the Greek Orthodox Church of Cyprus.

According to an announcement issued by the Religious Track of the Cyprus Peace Process, “the icons in  Kyrenia castle belong to the Greek Orthodox Church of Cyprus and we will support their return to them.”

Bishop Porfyrios of Neapolis, head of the Synodical Committee on Monuments and Religious Artifacts of the Church welcomed the investigation into the icons that was published by Turkish Cypriot Havadis newspaper.

He also welcomed the Mufti’s statements but expressed sadness and concern about the status of the icons as was reported.

“We deeply regret to learn from the results of the investigation published by the Turkish Cypriot paper Havadis that our priceless religious heirlooms have been kept under improper and insecure conditions in the warehouses of the Castle,” said Bishop Porfyrios, according to the announcement.

Atalay reiterated his belief that their “proper storage, maintenance and protection are not only a must but a duty. Religious beliefs and religious places of everyone should be protected irrespective of where they are.”

“We should all preserve our religious and cultural heritage in the most proper way without ignoring the needs and sensitivities of the rightful owners,” he said.