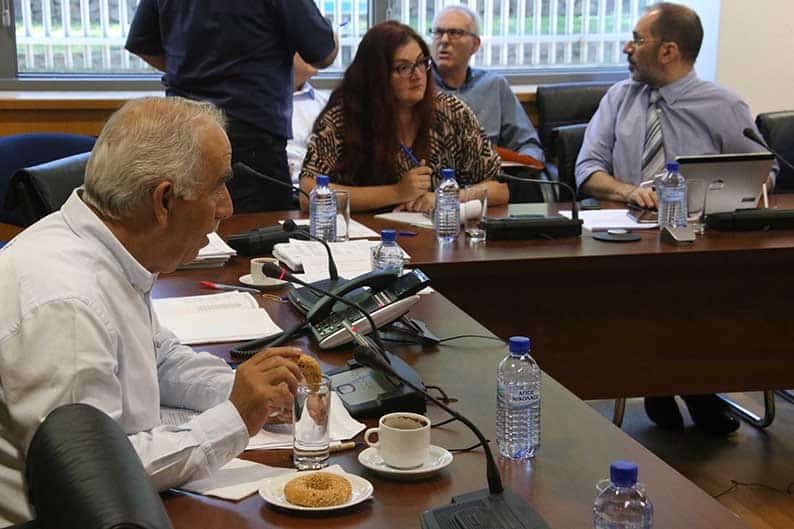 POLITICIANS on Thursday heave-hoed about rising electricity bills, only to be told that at the moment the state power corporation was unable to cut its rates.

“The government must understand that, with Cyprus having exited the bailout programme, people cannot cope with its policy of extortionate taxes,” MP Zacharias Koulias, chair of the House watchdog committee, said.

A day earlier, the Electricity Authority of Cyprus (EAC) announced that the average household should expect an almost 7 per cent hike on upcoming October bills, compared to the last invoice in August, attributing the increase to rising oil prices.

It afforded lawmakers the opportunity to grandstand about rising costs and to put the spotlight on the EAC.

But they got a reality check, with EAC head Andreas Marangos stating that the company has no wiggle room whatsoever to reduce its charges.

The only way electricity could get cheaper, he stressed, was if the grid switched to natural gas for power generation. Currently, the island’s grid is powered almost entirely by expensive heavy fuel oil.

MPs were also updated on the tender for the importation of natural gas, being handled by the Natural Gas Public Company (Defa).

The tender involves the construction of a mooring for ships bringing in the liquefied natural gas.

Some €85m has been budgeted for the pier.

But as auditor-general Odysseas Michaelides pointed out, there already exists a privately-owned pier that could do the job. What’s more, the pier’s owner has offered to lease it to the EAC, which would save him maintenance costs.

“It’s a win-win for everyone,” Michaelides said, although the energy ministry appears not to be considering this far cheaper option.

Amid the hubbub over rising electricity prices, it emerged that the EAC itself botched a tender for the purchase of specialized software that is indispensable for the operation of an open electricity market.

As a result, the tender will need to be scrapped and a new one launched, meaning yet more delays for the vaunted switch to the open market.

The auditor-general revealed that the tender was formulated in such a way that it was arguably geared toward a specific bidder.

The other bidders demanded that the tender be cancelled and repeated from scratch, but the state-run power company declined.

Moreover, the single bidder who remained in the running was offering to provide the software for €15m, whereas initially the EAC had budgeted only €5m for the project.

Christos Triaros, director of the Transmission System Operator (TSO), told lawmakers that, due to the complexity of the software in question, there are only three companies that can provide it.

As things stand now, he added, either the competition must be repeated, or else another way would need to be found to get the companies interested again.

It’s understood that, without the software, the transition to a new electricity market is not possible.

The tender was handled by the EAC – a curious decision in retrospect, as it’s no secret the semi-governmental organisation is averse to opening up the electricity market to competitors.

Under the envisioned open market, an ‘electricity exchange’ of sorts will be established, where suppliers’ bids for quantities of electricity will be updated every half an hour.

Essentially the EAC would act as a pool, or cache, of electricity.

The TSO had been supposed to be ready for the switch to the open market by July 2019.

Now, even under the best-case scenario this is not expected to happen until mid-2020.

Currently, the TSO is effectively an arm of the Electricity Authority. But since it has been designated as a market monitor once the industry opens up – giving it access to electricity suppliers’ proprietary data – it needs to be rendered ‘independent’.

Lawmakers heard that the government bill separating the TSO from the EAC is at long last in the process of being drafted.

Kavanaugh to be confirmed by weekend; protesters arrested