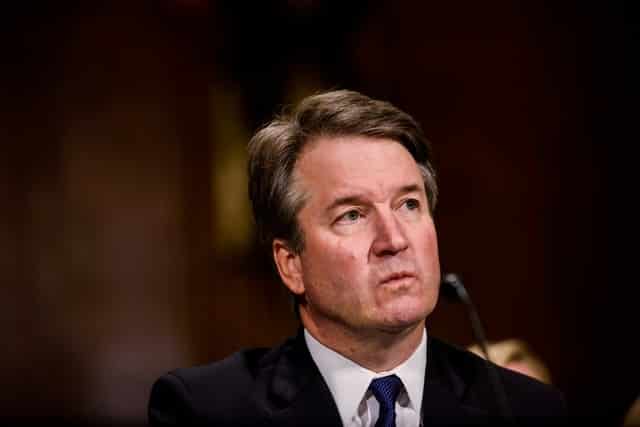 The FBI completed its probe of sexual misconduct allegations against U.S. Supreme Court nominee Brett Kavanaugh after speaking with 10 people, according to the Senate Judiciary Committee. Here is information on the six people known to have been interviewed, as well as 20 more who may have relevant information but who were not known to have been contacted by the FBI.

PEOPLE WHO WERE INTERVIEWED BY THE FBI

MARK JUDGE: A high school friend of Kavanaugh who Christine Blasey Ford says was in the room when Kavanaugh allegedly sexually assaulted her at a party in Maryland in 1982. Judge has said he has no recollection of such an event.

PATRICK J. SMYTH: A high school friend of Kavanaugh. Ford said Smyth was at the 1982 party where the alleged assault took place. Smyth has said he had no knowledge of the party or Ford’s allegations.

DEBORAH RAMIREZ: The second woman to accuse Kavanaugh of sexual misconduct. Ramirez says Kavanaugh exposed himself to her at a party when they were both at Yale University.

LELAND KEYSER: Ford’s high school friend. Keyser wrote a letter to the Senate Judiciary Committee to say she believed Ford but did not remember the 1982 party in question.

CHRIS GARRETT: A classmate of Kavanaugh at Georgetown Prep who went by the nickname “Squi.” Garrett, who went out with Ford in high school and introduced her to Kavanaugh, has denied having any information related to Ford’s sexual assault allegation.

TIMOTHY GAUDETTE: A friend of Kavanaugh at Georgetown Prep.

PEOPLE NOT KNOWN TO HAVE BEEN INTERVIEWED

– WHO CAN SPEAK TO ALLEGATIONS OF SEXUAL MISCONDUCT – BRETT KAVANAUGH: U.S. Supreme Court nominee. Kavanaugh has denied the allegations by Ford, Ramirez and a third accuser.

CHRISTINE BLASEY FORD: The first accuser to go public. Ford testified to the Senate that Kavanaugh assaulted her at the 1982 party when they were high school students. RUSSELL FORD: Ford’s husband. In a declaration to the Senate Judiciary Committee, he said his wife shared details of the alleged assault during a couple’s therapy session in 2012.

ADELA GILDO-MAZZON: A longtime friend of Ford. Gildo-Mazzon submitted a declaration to the Senate Judiciary Committee saying Ford told her in 2013 that she had been sexually assaulted in the past.

JEREMIAH HANAFIN: A former FBI special agent, Hanafin administered Ford’s polygraph exam. THOMAS KANE: A classmate of Kavanaugh at Georgetown Prep. Kane told CNN that he did not believe Kavanaugh was capable of what Ford accused him of doing in high school.

KEITH KOEGLER: A California lawyer and friend of Ford. Koegler submitted a declaration to the Senate Judiciary Committee saying he first heard Ford’s account of being assaulted in 2016.

MARK KRASBERG: A professor at the University of New Mexico who lived in the same dorm as Kavanaugh at Yale. Krasberg told Reuters he had information backing up part of Ramirez’s story but had been unsuccessful in his efforts to provide it to the FBI.

BERNIE MCCARTHY: A friend of Kavanaugh at Georgetown Prep. According to Kavanaugh, McCarthy attended a July 1, 1982, gathering that has come under scrutiny because two other attendees – Mark Judge and Patrick Smyth – were named by Ford as being present the evening she was allegedly assaulted.

RICHARD OH: An emergency doctor in California who was Kavanaugh’s classmate at Yale. Oh told Reuters he had not been contacted by the FBI despite multiple efforts to provide information he believes supports Ramirez’s account. ELIZABETH RASOR: A former girlfriend of Judge. Rasor told the New Yorker that she remembered Judge telling her about an incident involving him and other boys taking turns having intercourse with a drunk woman. Rasor said she did not know if Kavanaugh participated.

REBECCA WHITE: A friend of Ford who submitted a declaration to the Senate Judiciary Committee saying that Ford told her in 2017 about the alleged assault. “She then told me that when she was a young teen, she had been sexually assaulted by an older teen,” White said.

KIRSTEN LEIMROTH: A friend of Ford. In interviews with the media, Leimroth said Ford told her at a lunch meeting in early July 2018 – prior to Kavanaugh’s nomination – that Kavanaugh had sexually assaulted her.

MONICA MCLEAN: A retired FBI agent, McLean refutes the allegations made by an ex-boyfriend of Ford that Ford had helped McLean prepare for a polygraph test in the 1990s.

– WHO CAN SPEAK TO KAVANAUGH’S DRINKING, SENATE TESTIMONY –

JAMES ROCHE: A Silicon Valley executive and Kavanaugh’s freshman roommate at Yale. In a column for Slate, Roche accused Kavanaugh of lying under oath about his drinking habits and references in his high school yearbook. Roche also said he believed Ramirez’s account.

CHRIS DUDLEY: A Yale classmate of Kavanaugh and former professional basketball player. Dudley has said he never saw him black out from drinking – supporting Kavanaugh’s testimony on that matter.

LYNNE BROOKES: A former Yale classmate of Kavanaugh. Brookes told ABC that she frequently drank heavily with Kavanaugh and that “he would get obnoxious” when drunk.

KERRY BERCHEM: A partner at the law firm Akin Gump and a former classmate of Kavanaugh at Yale. Berchem emailed the FBI asking it to review text messages between her and a friend of Kavanaugh that he believes may show Kavanaugh knew about Ramirez’s allegations before they became public in September.

News podcast: Medical cannabis, should it be legalised?