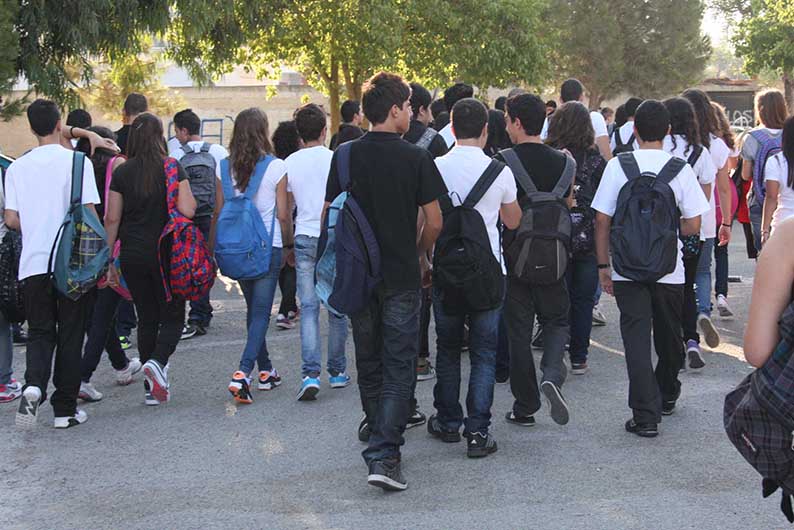 By Evie Andreou and Lizzy Ioannidou

The government on Friday announced that it would postpone for a year the introduction of four-monthly exams in secondary state schools following reactions by parents.

Both the education ministry and the government spokesman said in separate announcements that the introduction of exams in January, which is in addition to those in June, would be postponed for next September. The four-monthly exams were to be introduced as of the current school year.

The education ministry said that, in consultation with the president, and after concerns expressed, it has decided to postpone the exams.

It said that even though it was fully prepared for the immediate implementation of the reform from the current school year, it decided to suspend the measure until next September to “restore peace”.

The ministry said that has taken full account of its consultations with a delegation of the parents’ associations of public secondary schools and adopted its view of suspending the four-month examinations for the current school year.

In particular, it said, organised parents have said that the ministry’s suggestion for pupil assessment was positive, but they consider it more beneficial to apply the four-month examinations from the next school year.

It said it had also taken into account the “statements made at the House of Representatives” and the views of groups of pupils.

The government spokesman said that, since there is also consensus by parliament on the postponement of the measure until next September, Anastasiades has decided to consult with the attorney-general in order to withdraw the referral to the Supreme Court of a relevant proposed law passed.

It is clear, however, that the regulations providing for the introduction of the four-monthly exams in secondary state schools, will be in effect as of the next school year, he said.

Earlier in the day, public school parents had informed Education Minister Costas Hambiaouris that they wanted postponement of the exams in question until the next school year.

The confederation of organised parents decided in a meeting that it was best that the government decision on the implementation of exams on a four-monthly basis be postponed until next year, citing the difficulties that still need to be overcome following the recent education crisis and staff shortages as reasons contributing to this decision.

Kyriakos Nikiforou, head of the confederation, informed the minister of the parents’ decision. “We informed the ministry that the decision of the pancyprian confederation regarding the four-monthly exams is to ask for their postponement for this school year to first overcome any existing problems so that if they are implemented during the next school year it will be done properly.”

Despite opposition, the ministry initially said it would be full-steam ahead for the implementation of the exams for students in the first and second grades of secondary school.

“We are going through a year that started with a crisis and a lot of pressure on both students and parents, and everyone else, and it would not be good to protract this crisis at the moment,” Nikiforou said.

In addition to the residual problems of the recent education crisis, which have yet to be worked out, Nikiforou added that another reason for their decision to ask for a postponement of the exams was the shortage of teachers.

“We are in a better position than we have been in previous years but we keep stressing that schools must be 100 per cent staffed from the first day of operation so that all students can have the same opportunities and the same education,” he said.

Road tax due by December 9