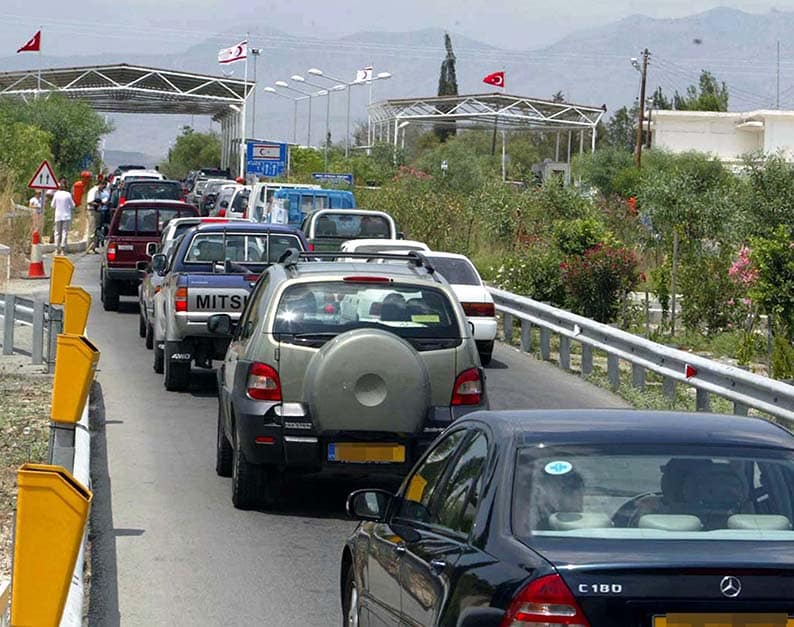 Police denied on Wednesday they were hassling Greek Cypriot drivers at the Ayios Dhometios checkpoint, saying they were merely carrying out periodic checks necessary for ‘crime prevention’.

They were responding to reports in Politis newspaper that police were bullying Greek Cypriots coming from and travelling over to the north by stopping them at the Ayios Dhometios checkpoint and checking whether they had outstanding fines. These were causing long delays and some people who owed fines have been blocked from going to the north, the paper said.

The paper also criticised police for failing to follow through on a promise to create an extra booth to ease traffic congestion.

Bur the police on Wednesday said the increased presence was simply part of periodic checks which are necessary for crime prevention.

“The police have a duty to carry out checks for the purpose of preventing and combating crime and more generally, implementing legislation. These checks are carried out on a daily basis on a pan-Cypriot scale and do not exclude the crossing points to and from the occupied areas,” a police statement said.

They said police had to investigate potential cases of theft, to find people who are wanted by police and to check for drugs and the transfer of other illegal items.

In its article Politis called an earlier decision by police in late August to check people’s fuel levels before entering the north and after coming back as ‘laughable’ and said that some public officials must find it ‘enjoyable’ that a bottleneck is formed at the various crossings.

The newspaper has also implied that public officials responsible for the checkpoints are making their own decisions without consulting the government because they do not like the official policy.

“This particular article is misleading and does not reflect reality,” the police statement added.

Due to devaluation of the Turkish lira, Greek Cypriots have been increasing their visits to the north to take advantage of the lower prices in fuel and various other household products. On September 18, a survey by the Turkish Cypriot Chamber of Commerce reported that products in the north were almost 50 per cent lower than in the Republic.

According to Turkish Cypriot media reports, almost 19,000 people crossed over to the north on Monday which was a public holiday.

Lopetegui under fire as Real’s wretched form drags on