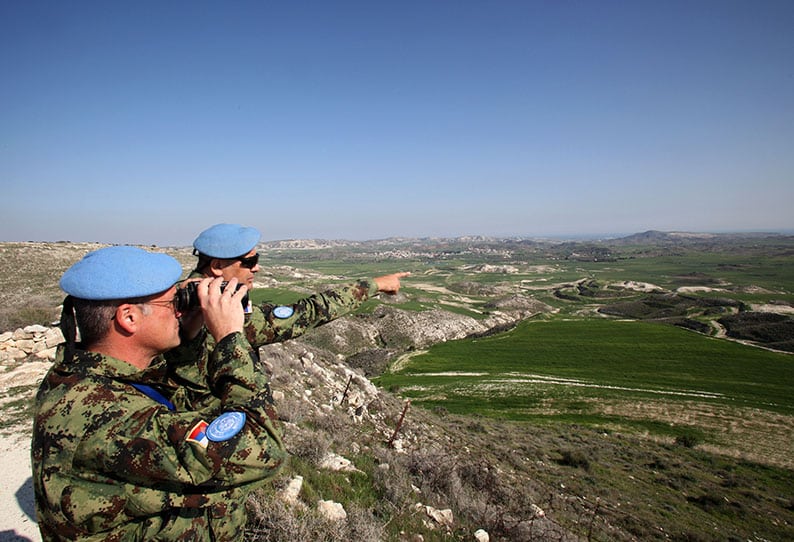 As the deadlock in Cyprus negotiations continues, much is being said and written about the possible impacts of a non-solution on Turkish Cypriots and the northern part of Cyprus.

The most realistic scenario is that the rapid demographic, social, religious, cultural, economic and political alteration of the north will continue. In time, this will effectively turn the area into a Turkish province.

Little is said, however, about the possible impact of a non-solution on the Republic of Cyprus. There is almost the sense that the southern part of the island is enclosed in a protected, isolated, safe bubble and will remain unaffected by a Turkified north, an increasingly assertive Turkey, changing regional dynamics and instability.

This assumption is unrealistic and worrying but has gained so much ground that it is now commonplace to hear Greek Cypriot officials talk about a federal solution as an “unnecessary risk” that would expose the whole of Cyprus to Turkey’s influence, or even control. They seem to believe that without a solution the Republic would be able to go about its business as usual, exploit the hydrocarbons, maintain a robust economy and stay safe.

“The Cyprus problem is like a snowball,” said professor Ahmet Sozen of political science and international relations. “As time passes, the snowball continues to grow. Multiple layers of additional conflicts are added on to it. It will get bigger, more complex and more destructive each day without a solution. And when it hits, it won’t just be the Turkish Cypriots who will be crushed.”

The demographic, social, religious, cultural, economic and political alteration in the north will totally change the dynamics of the Cyprus problem. Before long, Greek Cypriots will become neighbours with a completely different, religious, conservative and nationalist population. Turkish Cypriots will not be at the negotiation table, and at this speed of land development in the hands of Turkish capital, there will soon be no land to return. The porous 180 km buffer zone will effectively turn into a land border with Turkey.

Since there are no effective checks on who enters the northern part of Cyprus from Turkey, the buffer zone will become even more compromised. As well as posing a security threat, this will also reinforce nationalist and racist sentiments among the Greek Cypriot community.

The current false sense of security in Cyprus arises from feeble conditions of ceasefire. There is no ceasefire agreement, but only ceasefire lines delineated by the UN and not recognised by the sides. The buffer zone is lined with mortars, rocket-propelled grenades and M-60 machine guns among others. And if Unficyp is withdrawn, the Greek Cypriot National Guard will be directly faced with the Turkish military along the Green Line.

There are also too many uncertainties outside Cyprus, in Turkey and in the region. What will happen in Cyprus for example, which is home to tens of thousands of Turkish troops, if there is another military coup or an escalation of tension in Turkey? What about possible tensions in the waters around Cyprus?

Our immediate neighbourhood is a daily example that things are safe and stable until one day they are not anymore.

“International and regional realities are changing in unprecedented ways and at an unprecedented speed and we cannot realistically expect not to be affected,” said Harry Tzimitras, who is the director of Peace Research Institute Olso (PRIO) Cyprus Centre. “The current status quo does not seem to be sustainable. Nothing should be taken for granted… The framework within which the Cyprus problem exists is seriously changing and this can have grave consequences.”

In the absence of a solution, another imminent risk for Cyprus as a whole will be tensions around the hydrocarbon exploration activities. While the Republic is adamantly continuing with its exploration programme, Turkey, which appears to be taking an increasingly assertive position, is determined not to allow the Greek Cypriots to unilaterally exploit hydrocarbon reserves unless and until there is a solution on the island.

Turkish President Recep Tayyip Erdogan recently warned against any step in Cyprus in contravention of Turkey.

“Those in the region, who are trying to ignore us, should know very well that they are putting their own existence at risk,” he said. “Those who, instead of choosing to win altogether, resort to actions that will lead to crises or even clashes, will have to first answer to their own people.”

The consortium ExxonMobil-Qatar Petroleum is scheduled to start drilling in Cypriot waters in mid-November. In response, Turkey has said it will also drill in the Mediterranean. Further drillings by ENI are planned for the near future. There are unconfirmed reports that Turkey will set a platform in ENI’s block.

Israel and Egypt, with whom Cyprus has signed cooperation agreements for the exploitation of hydrocarbons, have started talking about the military option. Israeli ambassador to Cyprus Sammy Ravel recently said he hoped “military force would not be necessary against Turkish provocations,” while the Egyptian ambassador Mai Taha Mohammed Khalil said: “We hope we don’t reach the point where we will have to use the military.”

Needless to say, any tension in or around Cyprus is bound to hit the economy hard.

“Tourism, which is a fundamental pillar to the Cypriot economy, is very sensitive to security and stability. In a volatile region with many challenges, Cyprus can best aspire to prosper in the future if security risks are minimised allowing for a stable and strong economy,” said Tzimitras. “A solution to the Cyprus problem would certainly facilitate this.”

We have to understand that the choice we have in Cyprus is not between either an insulated, safe, Hellenic state in the southern part of the island or a federal solution with the Turkish Cypriots. The choice is between either a small, divided, vulnerable country with a porous hard border, an unpredictable Turkey, tensions around hydrocarbon exploration activities and an unstable economy or a united, federal EU member state.

The absence of realism has been the mother of all evils in Cyprus. I hope it does not yet again lead our small island into disaster.

Kavanaugh and the politics of the US judiciary

Our View: Time to get real over our geopolitical significance