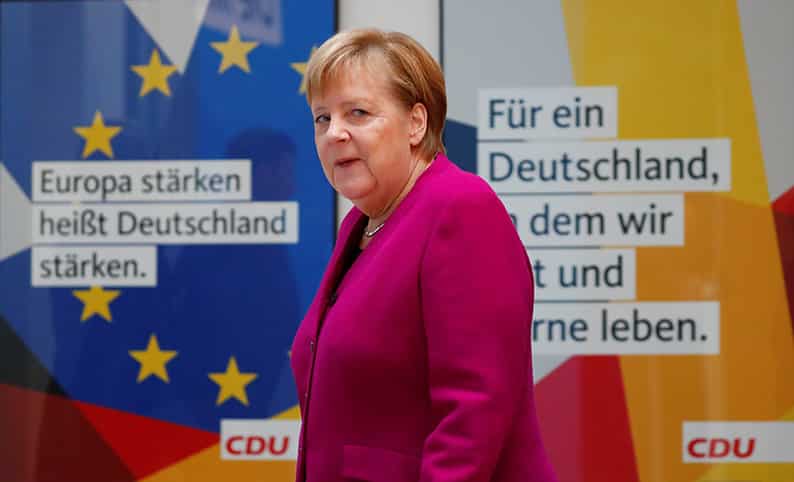 “I am very clear about this: not with the AfD,” parliament speaker and former finance minister Wolfgang Schaeuble told mass-selling Bild am Sonntag newspaper.

His comments support Chancellor Angela Merkel’s position to ostracize the anti-Islam party, although other members of her Christian Social Union (CDU) party have expressed willingness to work with the AfD.

The AfD entered the German parliament for the first time in an election last year, buoyed by conservative voters angry with Merkel’s decision in 2015 to welcome almost one million, mainly Muslim, asylum seekers.

The AfD also has lawmakers in all but two of the regional parliaments in Germany’s 16 states. It is expected to enter the assembly in the southern state of Bavaria in an election next Sunday and storm into the parliament in Hesse two weeks later.

CDU officials in the eastern states of Brandenburg and Saxony, which hold elections next year, have expressed readiness to form coalitions with the AfD.

Merkel said last month “I categorically rule this out,” sticking to her position not to work with the party that says Islam is not compatible with the German constitution.

Merkel’s conservatives, which include her CDU and their Bavarian Christian Social Union (CSU) sister party, have seen support slide since last year’s election.

The conservatives formed a coalition with the centre-left Social Democrats (SPD) as their junior partners in March, after Merkel’s first attempt at forming a government following the September election ended in failure.

Polls indicate the CSU will lose its absolute majority in Bavaria on Oct. 14 as voters in the state are expected to turn to the ecologist Greens and the AfD.

CSU leader and Interior Minister Horst Seehofer has also ruled out a coalition with the AfD in Bavaria.

“There will be no coalition between the Union and the AfD. No, No, No!” he told the Welt am Sonntag newspaper, referring to the CDU/CSU alliance, which is know as the Union.

Under a deal between the two parties the CSU represents the CDU in Bavaria and the CDU runs in the rest of Germany.