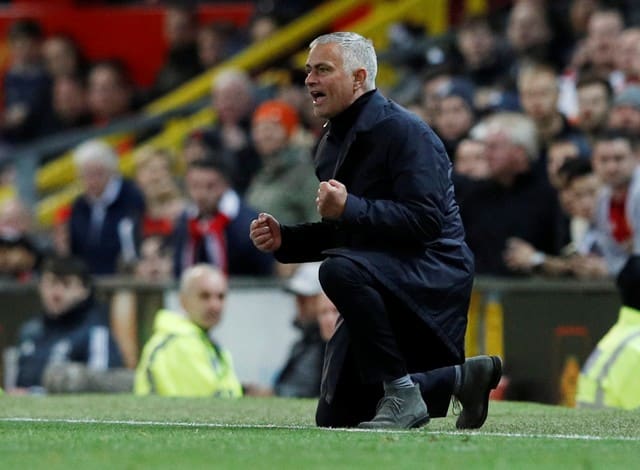 Manchester United manager Jose Mourinho said speculation over his future had become a “manhunt” and that the atmosphere it has generated has been impacting his players.

United fought back from 2-0 down to defeat Newcastle United 3-2 in the Premier League on Saturday with Alexis Sanchez grabbing the 90th-minute winner.

The game came amid media reports of Mourinho’s future being on the line, with one paper saying he would be fired this weekend regardless of the Newcastle result — a claim denied by the club,

“I am 55 years old. It is the first time I see man-hunting. I can cope with it. I can live with it. Some of the boys, in spite of them not being the man that is hunted, they are not coping well with it,” Mourinho told reporters.

“We started nervous(ly), the team in my opinion didn’t cope well with the pressure of the man-hunting. Every ball around our box was almost a goal or some mistake, a bad decision, panic.

“At halftime we spoke, everybody, and the team faced the second half with a different spirit, a different belief, giving everything for the victory,” he said.

Asked about his future at the club, Mourinho said: “They gave me contract until July, 2020. I have a contract to 2020, I didn’t point a pistol at them. They give me the contract because they wanted to give it me.”

But the former Chelsea and Real Madrid manager could not resist a jibe back at his critics.

“This is new, it makes me not just a better manager but even a better person. I understand things in the human nature nowadays and in the industry where I work, I used to love it, I still love it is but it is different.

“There is too much wickedness in something that should be beautiful. I cope with it with some sadness. I am a mature I am a big boy and I will deal with it.”

The response of the United fans, who roared the team on in the remarkable three-goal final 20 minutes and chanted Mourinho’s name, did not go unnoticed by the Portuguese.

“At halftime we were losing 2-0 and the fans were magnificent to the team and that is fantastic,” he said, adding that he would have preferred not to hear his own name.

“I’m amazed by that response. I don’t want that, and if I could tell them to not do it I would, because it is not about me it is about the football club they love and the football club we represent with honour and dignity.”