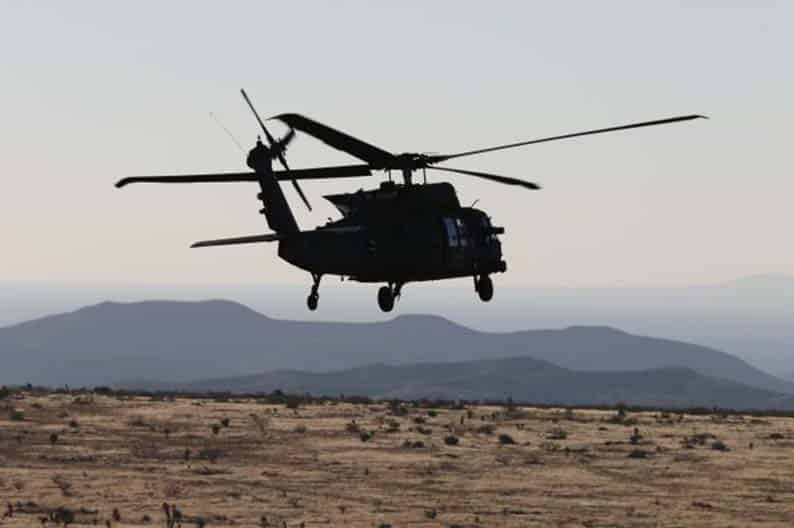 Cyprus said on Wednesday it had no comment on a US official report showing that the island secretly hosted a $70 million American helicopter base for four years that was quietly shut down in 2017.

Government spokesman Prodromos Prodromou told the Cyprus News Agency: “The government of the Republic has no comment. Questions should be addressed to the US authorities.”

According to a report on ABC news, citing a government document, over nearly four years the US State Department spent some $70 million on a base that was “quickly set up and served little clear purpose before its quiet closing last year”.

It said the base, which was established in September 2013 and closed in August 2017, hosted five helicopters and approximately 40 government contractors at a cost of about $20 million per year, according to a recent report from the State Department Office of the Inspector General (OIG).

The OIG report states that the base “provided the department a regional contingency capability with a focus on air bridge support to Embassy Beirut and assisted in the transportation and (if needed) the evacuation of COM personnel from the embassy”.

The location of the base in Cyprus was not evident from the report but the most likely spot is the British sovereign base at RAF Akrotiri.

“For more than three years, the department maintained a substantial regional aviation base in Cyprus without conducting a cost-benefit analysis to determine the aviation capacity needed or the appropriate resource allocation to support the mission,” it said.

The OIG said it had not received any documentation contemporaneous with the base’s opening that described its function. The opening and the closing of the aviation base in Cyprus were not approved by the State Department’s Aviation Governing Board (AGB).

Instead, during an October 2013 AGB meeting, which occurred after the aviation base was opened, an official told the AGB “about the new operations in Cyprus” and explained the types of equipment located there.

Department officials with whom the OIG spoke stated that the decision to establish the base was made quickly, possibly as a reaction to rising tensions in the region. On the basis of its work, OIG believes that the then-Under Secretary for Management likely made the decision without consulting the AGB.

The department also did not seek the AGB’s approval for closing the aviation operation in Cyprus, which occurred on short notice. It said the Bureau of Near Eastern Affairs action memorandum dated April 21, 2017, requested closure of the base and noted that the funding for the base scheduled to run out in May 2017.

“The only documentation addressing these issues was from April 2017 and was associated with the base’s closure,” said the OIG report. “Moreover, that document identified alternatives to the Cyprus location—alternatives that may have existed at the time the base was opened.”

“This conclusion is reinforced by the fact that the Cyprus base assisted with only one evacuation, at a Department of Defence Multinational Force and Observer camp in the Sinai. The quick reaction to open the aviation base in Cyprus, without the preparation and evaluation of a cost-benefit analysis, resulted in potentially unnecessary expenditures of more than $70.9 million,” it concluded.

According to ABC News, Patrick Kennedy, who said he was the senior State Department official who made the decision to establish the base at time, told them he strongly disagreed with the OIG’s conclusions about its usefulness, and said it was a “rational decision.”

Kennedy, who was then the department’s Washington-based under-secretary for management, said he was not aware of the OIG review until its publication, ABC reported.

He cited the purpose as written in the OIG report – assisting in potential evacuations.

Two former US officials familiar with the Cyprus air base told ABC News they agreed the base seemed to serve no clear purpose. One said that for the most part the contractor pilots spent their time flying lazy loops over the island to keep up their proficiency. “It was a flight club,” the ex-official said.

Representatives for the State Department did not respond to ABC News’ request for comment, but Kennedy, who’s now retired, told them the base was established due to very real security concerns in the region and, despite the OIG’s assertion, “there were no other options.”

The Cyprus base was established a year after the Libya Benghazi attack in which four Americans and the ambassador at the time were killed by a mob, which later prompted criticism of the Obama administration for the fact no one could get to them on time.

One of the former US officials with whom ABC News spoke suspected that might have played into the creation of the base on Cyprus.