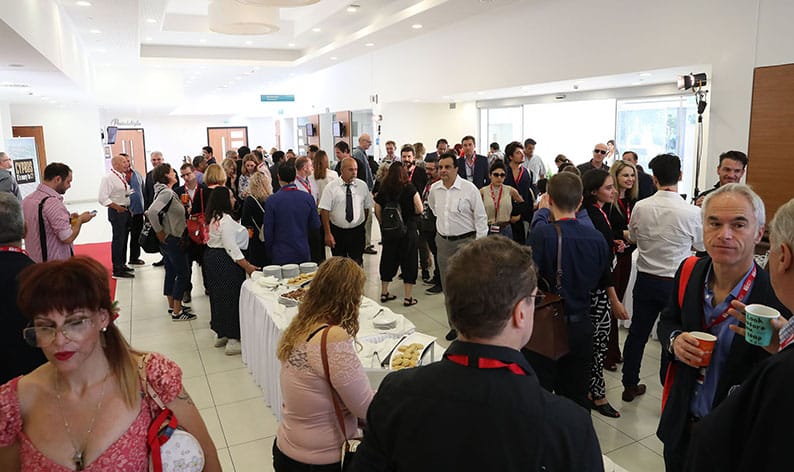 Cyprus on Wednesday officially launched the island as a film location at a summit to promote itself internationally to investors, dubbing the incentive plan ‘Olivewood’.

The first-ever film summit organised by Invest Cyprus, the Cyprus Tourism Organisation, and the government’s press and information office saw the participation of over 120 delegates including producers and directors from Hollywood, Pinewood and Bollywood, according to CNA.

Opening the summit, Finance Minister Harris Georgiades described Cyprus as “a natural studio” in itself in addition to the financial advantages and incentives that are being offered to investors.

In statements to the press, Georgiades said efforts are ongoing at all levels and sectors and that both the public and private sectors had been mobilised.

“The audiovisual industry, I think, can be a new opportunity for our country,” he said.
He added that the foreign visitors already in Cyprus for the summit could recognise that that island was “a natural studio” with all the comparative advantages.
Georgiades said the government had designed a targeted incentive scheme with sponsorships but also tax exemptions, all of which were presented to the potential investors on Wednesday. “These are things that could push our economy even higher,” he said.
The minster said the strong presence from abroad showed the level of interest was strong and hoped it would grow even more in the coming years.

Michalis Michael, Chairman of Invest Cyprus told participants the aim of the summit was to “showcase our country’s compelling advantages as a filming destination”, as well as to present the incentives.

Speaking of rapid economic growth in the sectors of innovation and energy, Michael said: “The same rapid momentum is reflected in our ambition to dynamically enter the audiovisual market and establish our island as a top filming destination, opening up a whole new world of opportunities.”

He touted the advantages of Cyprus and its climate, the sea, sandy beaches, forests and the mountains, all within short reach of each other. All this plus picturesque villages and modern cities, he said.

“The rich historical and cultural landscape is reflected in the hundreds of archaeological sites scattered throughout the country, representing various historical periods in the island’s evolution. In such a small island with relevantly short distances, one can literally jump from the one tip of the island to the other, from the coast to the mountains in just a 30-minute drive,” he added.

This scenery transition was one of a kind offering a wide range of filming attributes like natural light, surroundings, visual perspectives and angles.

On the incentives, he said Cyprus had recently introduced an attractive scheme offering financial incentives of up to 35 per cent, the highest percentage in the EU.

“Cyprus has all the prerequisites to develop and support a strong film industry, able to accommodate international productions and offer audiovisual professionals a pleasant and productive experience,” said Michael.

He said the film industry could create jobs, promote culture and act as a driving force for the further development of other industries as well, such tourism.

During their stay in Cyprus, participants will be taken to Paphos, Troodos, Larnaca and Limassol.

Just give her the pills