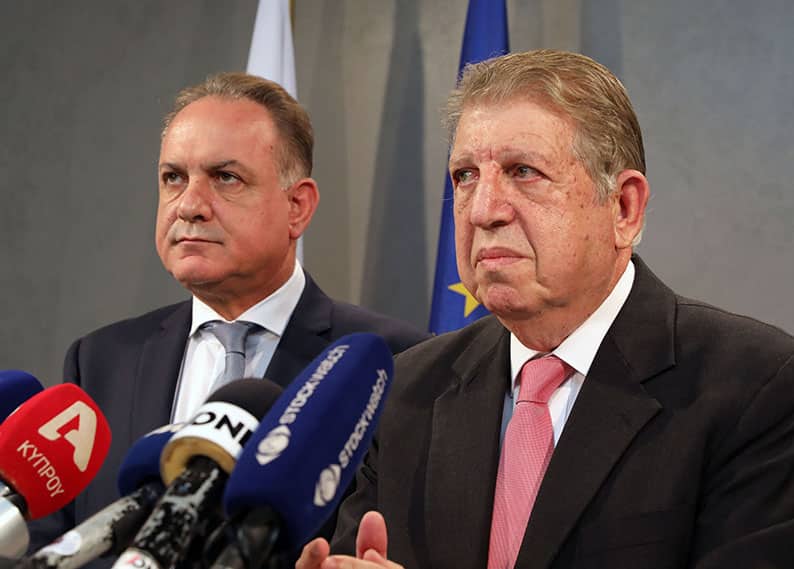 The delegation was at the presidential palace to give Anastasiades a copy of the union’s decisions taken at its latest general meeting.

Hadjipetrou told reporters that the government was positive towards the permanent appointment of these civil servants as long as it was done within the law and was not open to appeals on constitutional grounds.

“The issue of those serving on open ended contracts is especially important to us,” Hadjipetrou said, adding that half of civil servants being permanent and the other half working on contracts, was “a distortion”.

The union argues that as legally none of these type of contract workers can be laid off or made redundant anyway, they might as well be made permanent.

He said they have asked Anastasiades to investigate the possibility of a collective appointment of those on contracts, so as to fill permanent positions.

“These people have been serving for many years and cannot constantly live in uncertainty,” he said.

Such a move would not mean additional costs, he said, as such employees would continue to earn the same salary as now.

“They will keep their positions and enter the corresponding pay scale. I believe, if this solution is adopted, it will benefit both civil service and the country.”

Hadjipetrou said they also asked for an end to the practice of open-ended contract hirings, which the government is also eyeing positively.

“Permanent posts must be properly filled through institutionalised procedures, through the public service commission,” he said.

On the legal action taken by Pasydy against the government to recover pay cuts imposed during the economic crisis in 2012, Hadjipetrou said that they would respect the court’s decision whatever this may be.

He said that at that time there was no dialogue over the measures taken.

“We believed that it was not good for us to be in a constant confrontation with the government and we said that the most prudent thing was to go to court and patiently wait for their verdict,” Hadjipetrou said.

He said that the legal proceedings were completed and the court decision is pending.