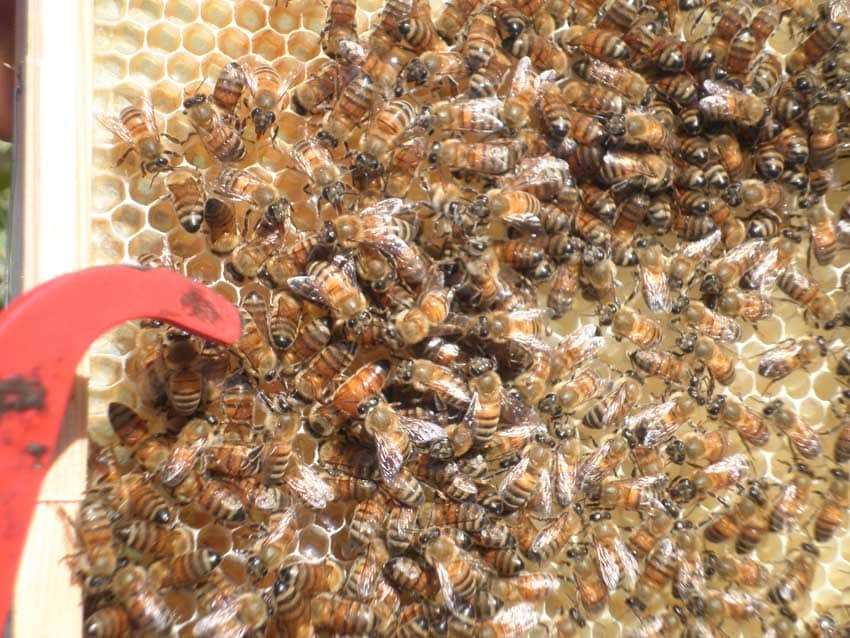 The Cyprus Agricultural Payments Organisation (Coap) has handed out €168,700 to beekeepers in 2018, completing the payments for this year.

The beekeeping programme is funded by the Agriculture and Rural Development programme of the European Commission for 2017-2019.

According to Coap, the programme has made a decisive contribution to the rebuilding of Cypriot beekeeping and to improving the competitiveness and quality of local honey.

It includes the replacement of old or damaged hives, restocking hives, providing technical assistance to beekeepers and their organisation, combatting beehive invaders and diseases, particularly varroasis, measures to support laboratories for the analysis of apiculture products, the enhancement of product quality and the application of research programmes.

Latest figures by the European Commission say Cyprus has more than 690 beekeepers, of whom 65 manage more than 150 hives. Three hundred of them are organised in associations.

The number of beekeepers in Europe exceeds 600,000.

In April, the Pancyprian Ecological Agricultural Association warned bees are disappearing at an alarming rate, saying some areas have seen the disappearance of more than 85 per cent of the bee population.

The association condemned “the outrageous and illegal use of pesticides that are on the rise during this period, which have a series of negative effects, which, with the way we are going about it, may be irreversible.”

The disappearance of the bee would have a catastrophic impact on diversity.

It would mean that basic foods such as fruits, vegetables and herbs are endangered, as in the absence of bees there will be no pollination.

Researchers have found that bees pollinate 70 per cent of the around 100 crop species that feed 90 per cent of the world’s population and honey bees are responsible for $30 billion in crops.

The root cause of the rapid disappearance of bees on a global scale is the misuse of pesticides and the gradual destruction of the planet.

According to scientific studies, the phenomenon of bee population decline is also due to electromagnetic radiation, with the DNA of these useful insects being significantly affected.

Plant of the week: Plant with list of uses was treatment for snake bite

Turkish Cypriot baby set to be admitted to hospital for treatment