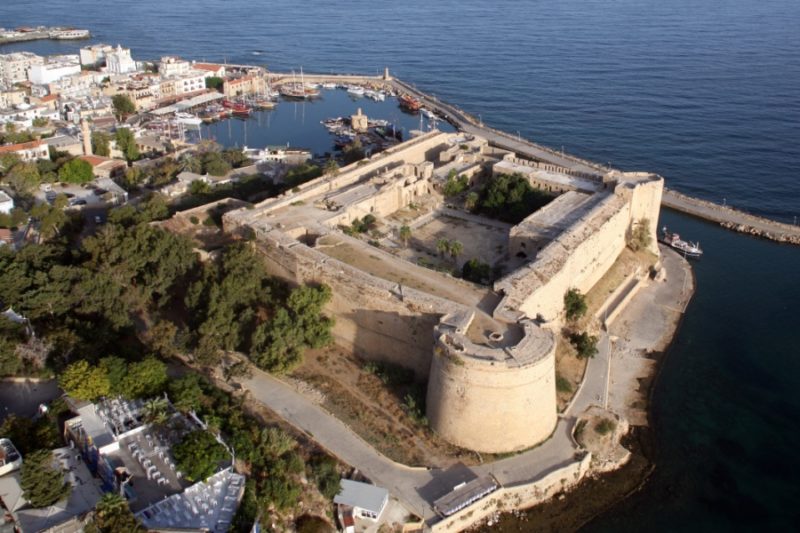 Members of the bicommunal Technical Committee on Cultural Heritage on Friday visited Kyrenia castle to look into the conditions under which Greek Orthodox icons and other religious artefacts, which they found to be in “generally good condition”.

The visit came following concerns in recent weeks over how the icons were being stored.

Greek Cypriot Head of the Technical Committee, Takis Hadjidemetriou, told the Cyprus News Agency (CNA) that the icons and other artefacts were generally in good condition, adding however that a climate-control system needed to be installed as temperature and humidity affect them.

Hadjidemetriou said the committee would address the issue as a priority and would look into it during its meeting on Thursday, noting that they will have to secure funding for the installation of a climate-control system.

“The icons and artefacts we saw are in good condition,” he said, added however that a system which can control the temperature and humidity needed to be installed. Asked if the icons would need to be conserved, Hadjidemetriou said that they would be examined at a later stage one by one.

He said the committee was not able to see all the icons and artefacts on Friday as icons are stored in other places in the north besides the castle. He estimates the total number to be in the region of 2,000.

As regards the possibility that the icons and religious artefacts could be returned to the Orthodox Church of Cyprus, Hadjidemetriou said that this was not part of the Committee’s mandate.

According to the Department of Antiquities, 197 ancient monuments in the occupied part of the island were registered prior to 1974, based on the Cyprus Antiquities Law. The registration process was left incomplete for hundreds of other monuments and archaeological sites due to the Turkish invasion.

Museums in the north have been looted, ecclesiastical icons, frescoes and mosaics have been removed from churches and in many cases have been traced in Europe’s illegal antiquities trade markets and in auctions around the world.