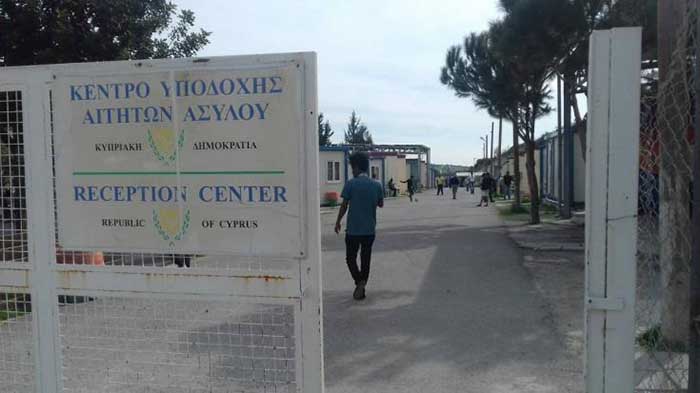 A group of 60 Iraqi refugees have gathered outside the labour ministry all week, protesting their inability to find a home, or job, or being able to send their children to school, requesting they be sent to live at the Kofinou reception centre.

The labour ministry told the Cyprus Mail that provisions for the refugees were satisfactory, and it could not understand why they were protesting.

Sixteen families, mostly of Kurdish origin, who arrived in Cyprus in June but who have yet to have their citizenship status cleared, “are protesting their inability to find stable and permanent residence to declare, which has set off a series of problems such as their inability to send their children – mostly of primary school age – to school,” Unhcr spokesperson Emilia Strovolidou told the Cyprus Mail.

The grey area in which they are at the moment, whereby they are not considered illegal but have yet to have their citizenship status cleared, also dictates that they are unable to find work.

While the families are not homeless as the social welfare services have been paying for their stay at the Rimi Hotel in Nicosia, “the hotel has been making problems, causing them to sleep in tents in a park sometimes, and so they find themselves at risk of homelessness at any moment,” Strovolidou added.

“Their stay at the hotel is definitely not the most appropriate solution. Some children have health issues such as thalassemia and heart problems, and living in a hotel where their parents can’t even cook for them can’t be helping,” she said.

Refugees are given small sums by the social welfare services to go toward their rent: €100 for one person, €150 for three, and the maximum of €200 is given to families of any size over four members per month.

“So, a family could have 14 members and they would still receive €200 for rent,” Strovolidou said.

According to a labour ministry official, Stefi Chrysostomou, “the ministry is providing these families with food coupons, pocket money, and accommodation, what more is there?”

Chrysostomou denied reports that no one from the ministry would meet with the refugees, saying: “We had invited them to come up and discuss.”

“We told them that they can send their children to school by declaring the hotel’s address as their residence until they find alternative accommodation. Also, we offered to pay the deposit and the first rent when and if they do find somewhere to live,” she added.

Even so, the refugees are claiming that in addition to the difficulty of finding accommodation with the small sum offered by the ministry, they have also been faced with an unwillingness from landlords to rent out to them due to their refugee status.

“Their request is to be taken to the Kofinou camp, where despite the isolation they would at least have stable food and shelter, and would be able to send their children to school. But the Kofinou camp is full.” Strovolidou said.

“We’re not saying we need more centres, we need a better system where these families can be integrated into the social web without facing such issues. Sending them to the isolated and remote refugee centres only makes integration harder,” Strovolidou added.

TOYOTA GAZOO Racing increases its lead with another double podium