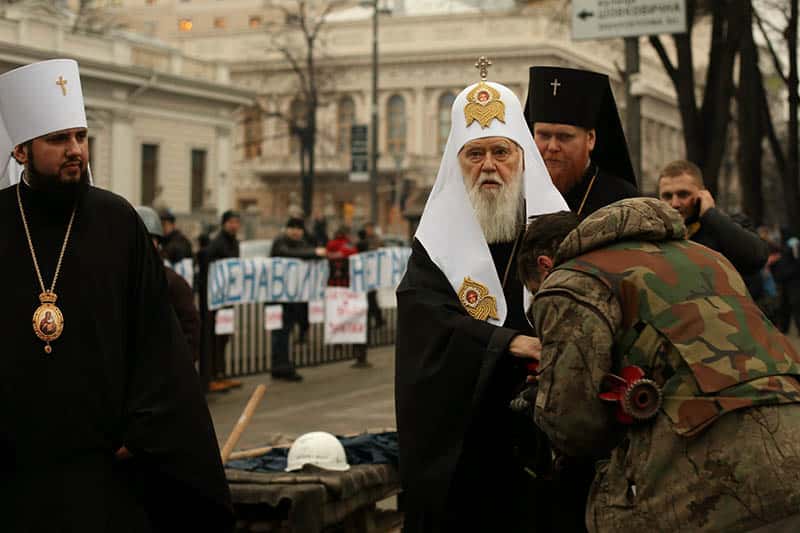 Patriarch of Kyiv Filaret, who hopes to lead the independent church

Ukraine secured approval on Thursday to establish an independent church in what Kiev says is a vital step against Russian meddling in its affairs, but the Russian clergy fiercely opposes as the biggest split in Christianity for a thousand years.

A three-day synod presided over by the Ecumenical Patriarch in Istanbul, seat of the global spiritual leader of roughly 300 million Orthodox Christians, endorsed Ukraine’s request for an “autocephalous” (independent) church.

The synod will “proceed to the granting of Autocephaly to the Church of Ukraine,” a statement said.

The synod took several decisions to pave the way for Ukraine to set up its church, including rehabilitating a Ukrainian patriarch excommunicated by the Russian Orthodox Church for leading a breakaway church in the early 1990s.

In retaliation, the Russian Orthodox Church said it would break eucharistical relations with the Ecumenical Patriarchate, Interfax news agency quoted a spokesman as saying.

The tussle over Ukraine’s spiritual future flows from the poisoning of relations between Kiev and Moscow after Russia’s annexation of Crimea in 2014 and the outbreak of separatist fighting in Ukraine’s east that has killed over 10,000 people.

Ukraine accuses the Russian Orthodox Church of wielding a pernicious influence on its soil, allowing itself to be used as a tool of the Kremlin to justify Russian expansionism and support of separatist rebels in eastern Ukraine.

Ukraine’s victory on the church issue could bolster pro-Western President Petro Poroshenko’s campaign in what is expected to be a tight election race next year.

“The decisions of the Ecumenical Patriarch and Synod finally dispelled the imperial illusions and chauvinistic fantasies of Moscow,” Poroshenko said. “It is a question of our independence, national security, statehood, a question of world geopolitics.” 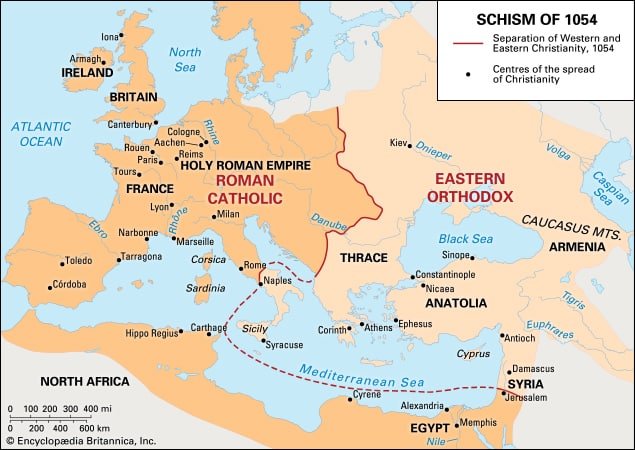 The Russian Orthodox Church has compared Ukraine’s moves for independence to the Great Schism of 1054 that split western and eastern Christianity, and warned they could lead to an irreversible rupture in the global Orthodox community.

On Thursday, its spokesman said Istanbul had “crossed a red line” by reversing the excommunication of Patriarch Filaret. Filaret hopes to lead the independent church.

The Kremlin also voiced its displeasure, saying it opposed anything leading to a split in the Orthodox faith.

Ukraine and Russia trace their Orthodox Christian roots to Volodymyr the Great, the prince whose baptism in 988 in Kiev led to the christianisation of the region known as the “Kievan Rus”.

Led by Filaret, the Kiev Patriarchate has championed an independent Ukrainian church and Ukraine’s closer integration with the West. He is an outspoken critic of Russia’s political leadership, charging that Vladimir Putin is possessed by Satan.

The Moscow Patriarchate denies its church is a security threat to Ukraine and, far from being a Kremlin stooge, says it has done much to promote peace in the country’s east.

The Russian Orthodox Church has attacked Ukraine’s bid for independence as a gambit by Poroshenko to shore up his flagging popularity. It calls the Kiev Patriarchate illegitimate and its spokesman warned that the split would lead to a “tragic and possibly irretrievable schism of the whole Orthodoxy”.

In retaliation for the Ecumenical Patriarch Bartholomew’s support for Ukraine, the Russian Orthodox Church decided last month to stop participating in structures chaired by the patriarch and would no longer commemorate him in services.

It has threatened to go one step further by no longer recognizing him as the first among equals in the Orthodox world.

Asked about Russian warnings that the church split could lead to violence in Ukraine, Kurt Volker, Washington’s ambassador to the Ukraine conflict, said on Thursday: “I hope there are not protests and violence orchestrated as a result of this decision. I think it would be tragic to see that.”