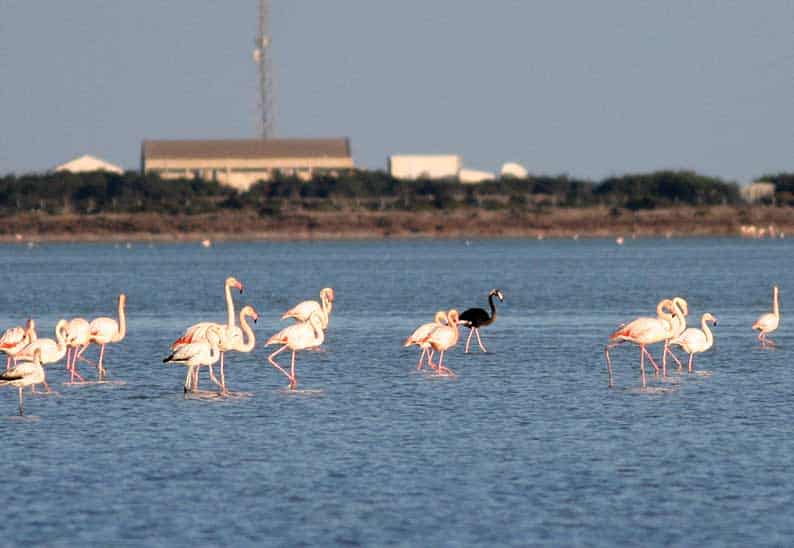 The government will prepare a comprehensive action plan on the management of the ecosystem of the Larnaca salt lake, Agriculture Minister, Costas Kadis, said on Thursday.

The minister visited Larnaca where he had a number of meetings, among them, with Mayor Andreas Vyras to discuss a number of projects underway concerning the district.

“We assured the mayor that we will look at the issues and we will come back with an action plan concerning both the management of the ecosystem itself, since there are already ongoing projects, as well as facilitating the access of citizens to the area in a way that respects the universal environment and the importance of the salt lake,” Kadis said.

During the discussion, he said, they discussed specificities and problems arising from the intention to develop large projects, tall buildings in Larnaca and discussed the technical problems that may arise. “We are in the process of finding solutions. We can’t say more at the moment,” he said.

On whether any measures would be taken regarding the entry into the salt lake of cars and members of the public which often requires the intervention of the fire service to help them out of the lake, Kadis said that these issues had been presented by the municipality and are “really troublesome.”

He said he has given instructions for the collection of all the information about these problems to form an action plan to address them “but also to further facilitate the public’s contact with this important ecosystem.”

“We do not want, and we cannot make the salt lake off limits for humans. On the contrary, we want to make man’s presence compatible with the protection of the ecosystem and this will be the goal,” Kadis said.

Vyras said that they told Kadis that they were not satisfied by the way the salt lake is being used.

Much of the discussion, he said, was about how it could become “a beautiful place, which will be enjoyed not only by Larnaca residents and all Cypriots, but it can become a reference point for the entire Mediterranean.”

The lake, he said, must be utilised and important works must be carried out to help preserve its habitat itself.

He said that Kadis promised that the government would shift from words to “concrete steps we will see implemented within the coming years.”

Asked about a 2013 study on the creation of an environmental centre that was suspended due to the financial crisis, the mayor said that they informed Kadis that the project was a mature one as €300,000 was already spent on architectural plans.

He said they have asked for the project to be included in the next state budget. The centre would not only help promote the area, he said, but also research and could secure some European programmes.

Our View: It shouldn’t have taken a year to give Russia the brush-off