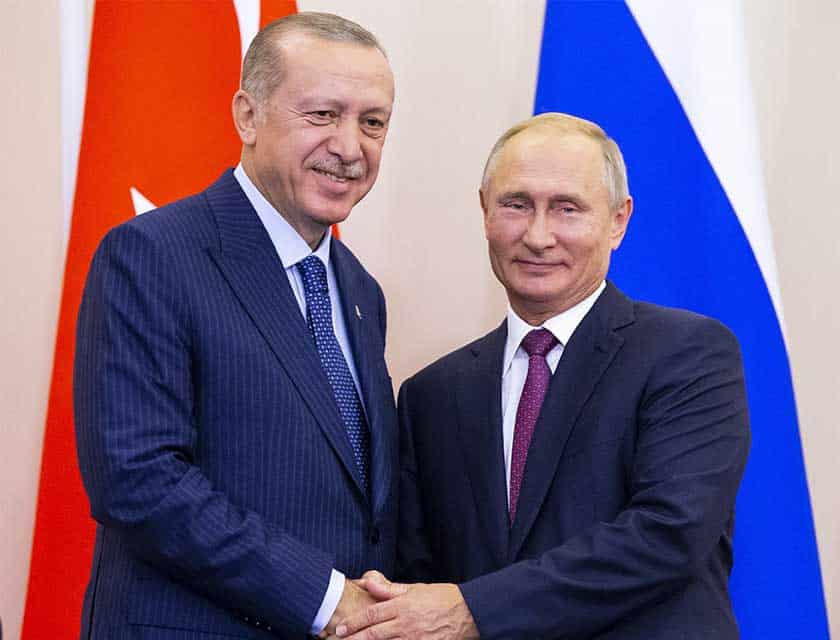 Diplomatic, economic and military elements are all hard at work in western Asia.

Turkey’s rising inflation to a staggering 25 per cent in September, the accidental downing of Russia’s military plane by Syrian anti-aircraft batteries on September 18 – and the subsequent announcement by Moscow to deliver S-300 missiles to Syria – and the two-party Sochi agreement on Idlib in Syria between Erdogan and Putin on September 17, skirting Iran, all bear testament to that observation.

The 15-year-old record-high inflation, whilst Erdogan’s son-in-law Berat Albayrak is the country’s economy minister, has somewhat exposed the vulnerabilities of the Turkish president. Rattled by the deteriorating state of the Turkish economy he now seems willing to play more to the tune of his country’s interests rather than the religious politics of some of his die-hard entourage.

The most salient instance of Erdogan’s change of political behaviour were his remarks on German-Turkish relations prior to his recent visit to that country, where he met his German counterpart Frank-Walter Steinmeier and held talks with the German Chancellor Angela Merkel.

“Turkey was seeking a new chapter with Germany,” he said on September 23. Just over a year ago, it can be remembered, in March 2017 Erdogan had likened the German government policy to ban a rally in his support to Nazi practices.

The accidental downing of a Russian military aircraft last month by the Syrian army, when trying to target an Israeli jet fighter, led to the Kremlin announcing that it will now supply the Assad regime with S-300 anti-aircraft missiles that would better and more accurately target the enemy. The United States and Israel have expressed serious misgivings. Such a transfer of technology could potentially call for a change in the coordinates of military power in Syria, challenging the current balance of forces. Reportedly Russia has already deployed S-400 in western Syria but only under Russian command. Providing Damascus with access to advanced anti-aircraft systems such as S-300, however, is a different kettle of fish altogether.

Idlib, a city that has been living under the threat of a massive attack by the Syrian and Russian armies, hosts over three million inhabitants. There was a serious risk of another catastrophe in the war-torn country had the attack taken place. On September 17, thankfully, the Russian and Syrian governments agreed to the establishment of a 15-20 kilometre-wide demilitarised zone, whereby the peace in the area could be maintained and basic services restored to its residents. Known as the Sochi agreement, the deal won unanimous international support for averting another tragic extension of the Syrian civil war.

Ten days before that, however, Erdogan, Putin and Rouhani, the Iranian president, had gathered in Tehran in a trilateral summit to decide on the course of developments in Idlib. It was therefore rather surprising that only ten days later the Russians and the Turks met, this time without the Iranians, in a bilateral summit to make separate decisions on Idlib, which Tehran reluctantly had to welcome and abide by. It was, to say the least, a diplomatic embarrassment for the Islamic Republic of Iran. Tehran may gradually but grudgingly come to realise that its plummeting economy, international isolation and outdated air force are increasingly diminishing its influence and leverage in the region.

Notwithstanding other factors such as culture and education that have longer-lasting impact, it can safely be assumed that a strong army, a stable and vibrant economy together with seasoned diplomats executing well-researched and intelligence-based policies all play particularly important roles in the short to long-term plights of peoples and countries.

Visiting Cyprus by car: be sure you are not driving a “ticking time bomb”