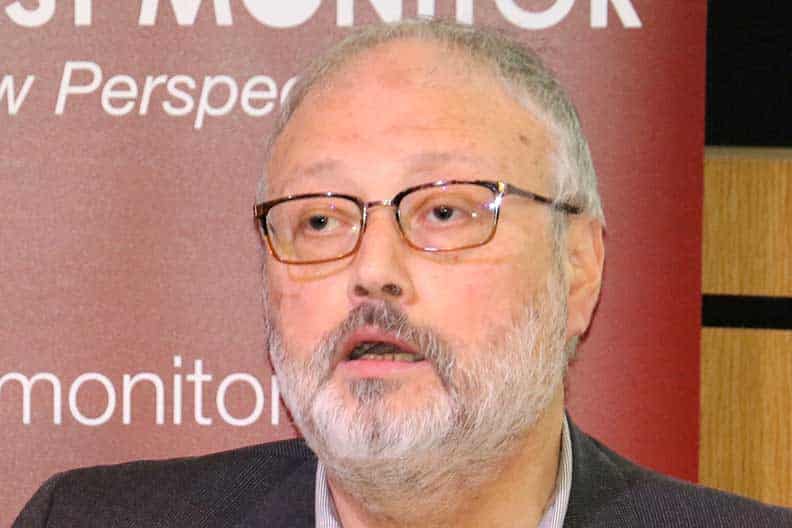 The disappearance and possible murder of Saudi journalist Jamal Khashoggi has cast a long shadow over Saudi Arabia’s global image. If the Saudi government did in fact kill or kidnap him, the crime would have significant implications for Middle East politics.

A high-profile critic of Saudi Crown Prince Mohammed bin Salman and a self-exiled Washington Post columnist, Khashoggi disappeared after entering the Saudi consulate in Istanbul on October 2. He has not been seen or heard from since, according to his friends and fiancée. Turkish authorities believe he has been killed and his body, possibly dismembered, has been transferred out of the building. A security source also told Reuters that a group of 15 Saudi nationals, including some officials, arrived in Istanbul in two planes and entered the consulate on the same day Khashoggi was there, then later left the country. A Turkish pro-government newspaper has said it had identified the members of that group.

A Saudi source at the consulate has denied that Khashoggi has been killed or abducted at the mission, and dismissed the accusations as baseless.

If the Turkish claims are correct, a Saudi state-sponsored murder of Khashoggi would send ripples throughout the region. It would also provoke renewed criticism of Prince Mohammed, who since assuming office in June 2017 has overseen a crackdown on dissent, including frequent arrests of religious leaders, intellectuals, activists as well as royals critical of his rule.

In the context of Iran-Saudi rivalry, it would provide Tehran with political ammunition and give it the moral high ground at a time when foreign leaders widely criticise the Islamic Republic and its Revolutionary Guards for being the main source of instability in the Middle East, sowing “chaos, death and destruction”. Riyadh has gone to great lengths to isolate Tehran in the region, from holding hostage Lebanese Prime Minister Saad al-Hariri in November 2017, to building a tacit alliance with Iran’s archfoe Israel, to punishing Qatar for having close ties with the Islamic Republic. While these efforts have mostly failed to achieve their objective and even occasionally backfired, confirmation of any state-sponsored violence against Khashoggi would make it even harder for Saudi leadership to portray Iran as the ultimate villain of the region.

Such a crime would also increase international pressure on the Trump administration, which has thrown its weight behind the young prince to execute his so-called reforms and helped set the stage for his ascension to the throne. In exchange, the United States has benefited from lucrative arms deals and large-scale investment schemes worth billions of dollars. To Saudi Arabia’s pleasure and benefit, Trump pulled the United States out of the Iran nuclear deal in May 2018, irking Washington’s European allies. On the back of such support, Riyadh even went so far as to sever diplomatic and trade relations with Canada, a traditional US ally, over a tweet by Canadian Foreign Minister Chrystia Freeland, who called for the release of two jailed Saudi human rights activists.

The Trump administration has additionally backed the controversial Saudi-led intervention in Yemen with advanced weapons and political cover in international institutions, including the United Nations. An airstrike by the Saudi-led coalition on a school bus in north Yemen left 40 children and 11 adults dead on August 9 and wounded 79 others, 56 of them children. CNN later reported that the weapon used in the deadly attack was a 500-pound laser-guided bomb made by Lockheed Martin and supplied by the United States.

The action against Khashoggi, a prominent critic of Saudi’s handling of the Yemen war and of coalition atrocities against Yemeni civilians, would dramatically raise the political cost of backing Riyadh for Washington.

Relations between Saudi Arabia and Qatar, a Saudi rival and member of Gulf Cooperation Council (GCC), would also be affected by any confirmation that a crime against Khashoggi was ordered by the royal court. Doha, which has been the subject of a Saudi-led trade and diplomatic boycott since June 2017 over alleged support for terrorism, would get a rare chance to emphasise the recklessness of Saudi foreign policy under Prince Mohammed. Of particular significance in this respect is the fact that Khashoggi disappeared in Turkey which – as Qatar’s staunch ally – dispatched troops to Doha to stave off a possible Saudi invasion after the blockade started. Given the close political, military and ideological ties between the two Muslim Brotherhood-oriented governments, Qatar could push Ankara to appropriately punish Riyadh for a state-sponsored assault on Turkish soil.

Khashoggi’s tragic case may never be solved. But if he has indeed been murdered or abducted by people with ties to the Saudi government, Prince Mohammed will face consequences far beyond his Middle East kingdom.

Maysam Behravesh is a multimedia journalist at the TV channel Iran International. He is also a PhD candidate in the Department of Political Science and an affiliated researcher at the Center for Middle Eastern Studies, Lund University, Sweden