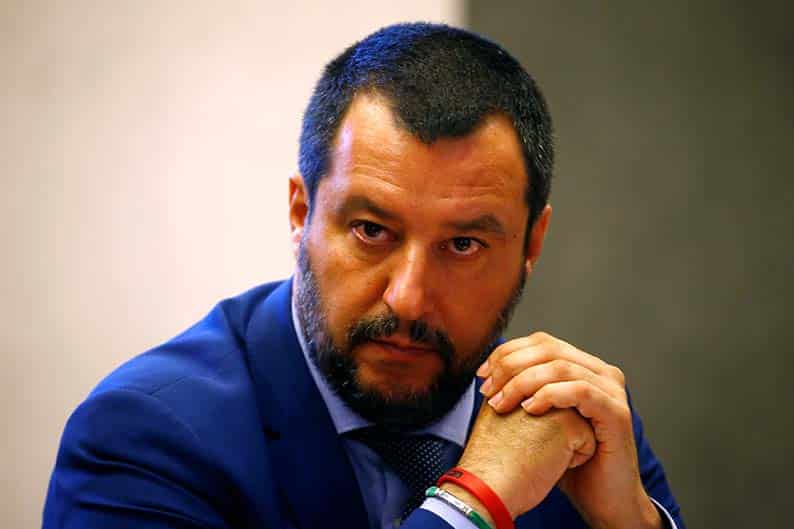 Deputy Prime Minister Matteo Salvini on Sunday defended his decision to move hundreds of migrants out of a southern Italian town widely seen as a model of successful integration as opposition groups accused him of racism.

Riace, a small town in Calabria, Italy’s southern toe, has been in the spotlight since its mayor, Domenico Lucano, was arrested this month for allegedly favouring illegal immigration, sparking protests by residents and pro-migrant groups.

Salvini, leader of the right-wing League, celebrated the arrest, and this weekend announced that Riace’s mainly African migrants would be moved out and spread around the country.

He said the decision was necessary to end abuses in the use of funds that previous governments had made available to the town for its projects to house and integrate migrants.

“We cannot tolerate irregularities in the use of public money, even under the excuse of spending it for migrants,” said Salvini, whose party’s support has surged on the back of his tough line against illegal immigration.

The decision was met with a barrage of criticism on Sunday from the leftist opposition and pro-migrant activists.

“We have to say with force that the action undertaken by Salvini against the Riace model is a vile act,” said Nicola Zingaretti, president of the central Lazio region, who is bidding for leadership of the centre-left Democratic Party (PD).

Riace’s integration efforts have won prizes and drawn international acclaim for opening the town’s doors to thousands of refugees, integrating them into society and revitalising a dwindling local population.

Over 300 citizens of Riace’s 2,000 inhabitants are immigrants, according to deputy mayor Giuseppe Gervasi. Over the years the town has welcomed hundreds more but many have moved on to other European countries, he said.

Salvini said there would be no turning back and accused the PD of hypocrisy, saying the investigation into the misuse of funds in Riace had been launched by Marco Minniti, interior minister under the previous, PD-led government in 2017.

The head of Italy’s network of migrant reception centres said there was no question of migrants housed in Riace being deported, and they would be found alternative places to stay elsewhere in Italy.

The anti-establishment 5-Star Movement, which governs with the League, has given Salvini a free hand in pursuing his immigration clampdown, which has focused mainly on preventing migrant boats from Libya arriving on Italy’s shores.

Saudi threatens to retaliate against any sanctions over Khashoggi disappearance

Jordan and Syria say border to reopen on Monday