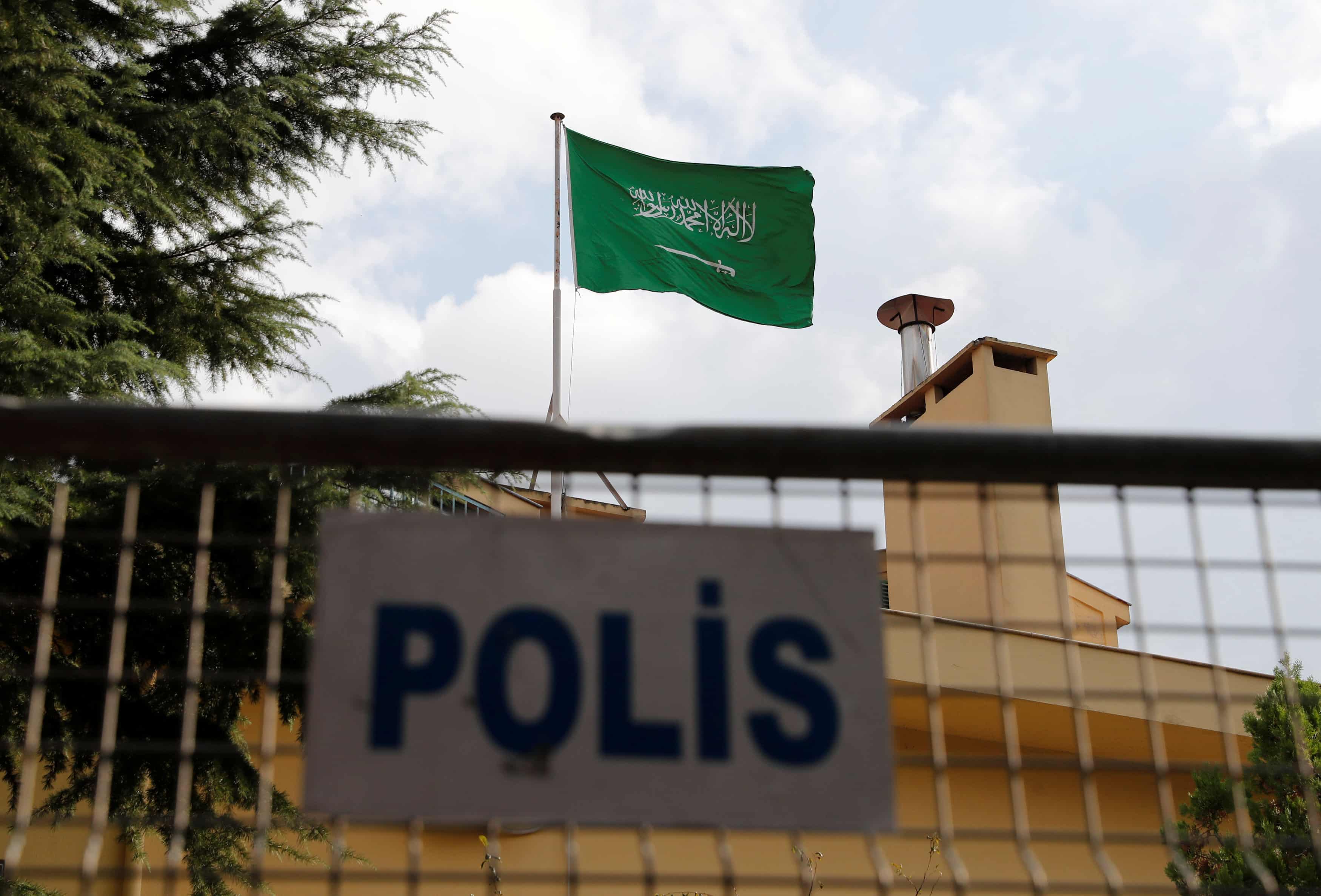 If there ever was a case of abuse of diplomatic privilege, the Khashoggi disappearance is as bad as it gets

Until Jamal Khashoggi disappeared after walking into the Saudi consulate in Istanbul last week, the best known murder mystery to come out of Istanbul was Murder on the Orient Express by Agatha Christie –  recently made into yet another film starring Kenneth Branagh as Hercule Poirot.

Jamal Khashoggi was a critic of Crown Prince Mohammad bin Salman of the kingdom of Saudi Arabia, and evidence is piling up that he was executed on the territory of another state on premises protected by consular immunity by agents of the kingdom flown in for the purpose on diplomatic passports and baggage covered by diplomatic immunity.  If there ever was a case of abuse of diplomatic privilege this is as bad as it gets.
On October 2 Khashoggi walked into the Saudi Arabian consulate in Istanbul and has not been seen since. He had gone there with his Turkish fiancée to get consular assistance for his forthcoming marriage. According to his fiancée and the Turkish authorities, he never came out of the consulate. Information is being leaked that he was interrogated, tortured and murdered on the premises.

The Saudis maintain that he left the consulate in one piece after his business there had finished. At the official level the two countries are engaged in a joint investigation about what happened, but unofficially the Turkish authorities have let it be known that they have evidence that Khashoggi was indeed murdered.

Before his disappearance Khashoggi was living in the US and wrote for the Washington Post. He is one of a growing number of journalists murdered by states intolerant of freedom of expression. It is a development of huge concern to democracies that regard freedom of the press as sacrosanct.
Every murder of a journalist is a nail deep into the heart of democracy. It is a touch ironic that Khashoggi’s murder took place in Turkey where a huge number of journalists have been imprisoned – ostensibly for terrorist related offences. If any good can come out of this dreadful story the hope is that it may help the government of Turkey see the error of its ways in incarcerating journalists for doing their job.
Consular premises, archives and documents including CCTV footage are inviolable under international law except with the consent of the sending state.  Consular officers, however, do not have personal inviolability for grave crimes like murder, and they are competent but not compellable as witnesses. The Saudis have given consent for the Turkish authorities to go into the premises, but it is not clear if they have been given access to documents and electronic devices such as texts and emails and to DNA material for forensic lab analysis. As consular officials can be prosecuted for grave crimes and can be witnesses, the Turkish authorities have an obvious source of information about the goings on inside the consulate.

Abduction and rendition are known to take place in and around the Gulf. It is for example not unknown for persons who fall foul of regimes to be abducted and flown to other countries in the region to be tortured there. The US  authorities know this only too well and engaged in the practice of rendition themselves using countries in Middle East for the purpose of circumventing US laws against torture.
The murder of a dissident journalist on premises covered by consular immunity by agents of another state travelling on diplomatic passports flown in for the purpose is, however, a new departure in that it is both a very serious crime against the person as well as a hostile act against another state on her territory.

For every crime you need a theory and a motive and sometimes the two merge into a working hypothesis. My working hypothesis for what happened is based on the spat between King Henry II and the Archbishop of Canterbury, Thomas Becket, in 1170 when the king was so annoyed with the archbishop he said within earshot of his entourage, ‘will not someone rid me of this turbulent priest?’ He did not mean to have Becket murdered but his overzealous knights thought he did and murdered the archbishop in Canterbury Cathedral. It is just possible that some  personage high in the House of Saud may have uttered something along the lines of: will not someone do something about this troublesome journalist?
But to solve a murder mystery you also need a great detective. In Murder on the Orient Express Hercule Poirot boards the Orient Express at Istanbul International after he receives an urgent telegram to return to London post haste. He has to travel second class but is then upgraded to first in a compartment next to the one in which a mysterious murder takes place.

The murder victim is an American who a few years previously had abducted a child, collected the ransom and killed the child anyway – a nasty piece of work who deserved his fate.

Everyone in the first class compartment is suspected because each is linked to the murdered child. But I don’t want to spoil it for those who have yet to read the novel or see the film.

Poirot shows that in the investigation of crime everyone connected with the crime is suspected until he or she is eliminated. As every first year student of criminal law knows there is no such principle as a general presumption of innocence. The presumption bites only after a suspect has been charged with a criminal offence.
It underpins the golden thread that runs through the criminal justice system that applies in all the Commonwealth and America, namely that the burden is on the prosecution to prove its case beyond reasonable doubt.
It is also enshrined in the European Convention of Human Rights as follows: everyone charged with a criminal offence shall be presumed innocent until proved guilty in accordance with law.

So the starting point is that everyone involved in the disappearance of Jamal Khashoggi is a suspect including Khashoggi himself. Alas the poor man is probably dead, but unless and until there is an explanation about how he was killed and the corpus is found, he needs to be eliminated as a suspect. So also does his fiancée. It is standard practice to seek to eliminate spouses and fiancées as suspects right at the outset.

But the richest source of information is surely likely to be from the consular staff. Under English law if some of members of staff participated as secondary parties in a crime – if for example they assisted before or afterwards – they are guilty too.

If, as seems likely, it turns out that it was murder most foul the really fascinating question would be the same as in the murder of Thomas Becket: did those who actually carry out the murder act under orders or on their own initiative?

The brutal new world of espionage and repression