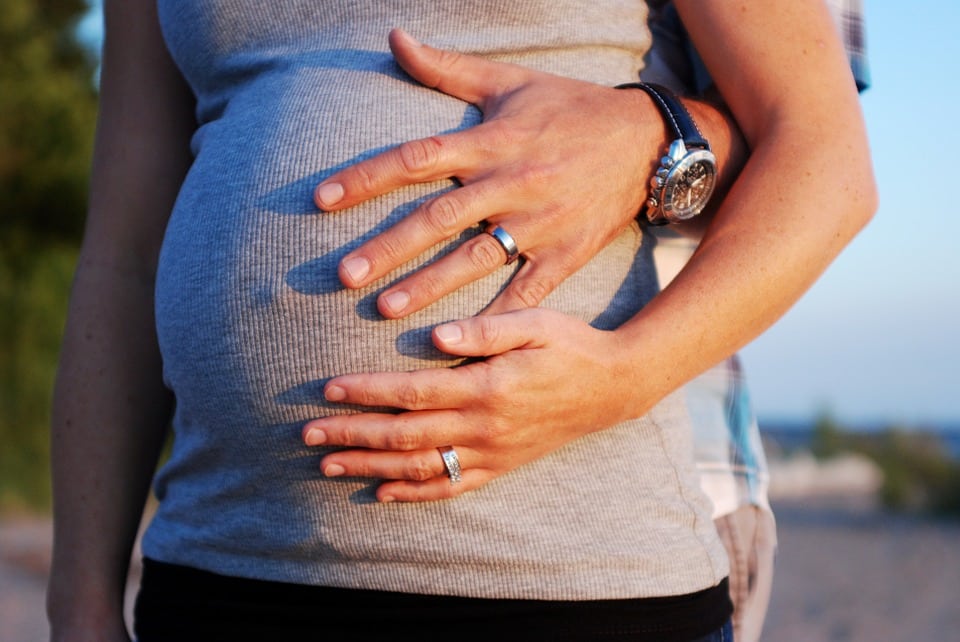 Miscarriages are common, until they happen to you says Maria Gregoriou

Experiences are said to be unique only because we all live through them differently. The saddest come with feelings of individual, exclusive despair, but this does not mean that they are not shared over and over again.

This is why the tale of my miscarriages will be told with the pronoun ‘you’, to lift the silence of an experience shared, one that could happen to any woman.

The joys of pregnancy are not supposed to be articulated until the third month, so you stay away from picking out baby names, dreaming about that baby smell, taking out the baby clothes you have saved away.

Nine weeks pass and then it happens: spots of blood. You go to the public hospital, wait to be seen, for hours. Emergencies right, left and centre and you wait for confirmation, the taste of blood in your mouth. The nurse calls you, says they are ready for a scan on the big screen.

With her back completely covering the ultra sound screen so you can’t see – though you try – she says it. Then the doctor confirms that it has come to an end – yes, she is sure.

You went into the examining room still hoping you were two, you come out knowing there is only one.

Operation over, the nurses tell you to wake up. As soon as you open your mouth you feel the need to throw up and are warned not to for fear of haemorrhaging.

The night won’t pass, sleep won’t come, the taste of blood no longer in your mouth. You blame yourself, even though they said there was nothing you could have done to prevent it.

Before being released the next day, you ask when to try again. One doctor says three months, another says six. You wait nine just to be sure and fall pregnant quickly. This time, you go to a private clinic, hoping that better care will secure a better outcome.

At four weeks you go to the doctor, and there the little guy is on the screen. It is just a blob but you ask to hear the heartbeat – in your mind if the heartbeat is strong, it will last until the ninth month.

And it sounds strong, so you start picking out names, looking at baby clothes. You book an appointment on the Thursday in two weeks’ time. The Sunday before, you feel strange, but try to convince yourself that Thursday is not so far away and it will be OK.

By Monday, you dare not go to the toilet. You tell yourself – or God – over and over how you want this child, you ask for it to be a healthy baby, how you love it. You get ready to take a shower, and there it is, blood once more.

Another scan, but this time you do not even try to look at the scan as the doctor lists the deformities. You are forced to view your own child now as a list of DNA strings that didn’t make a perfect pattern. No heartbeat, only a sound like air trapped in a tunnel. The brain does not fill the skull. It was doomed from its conception, it would not have made it, better it happened now than later. You go home, you will get instructions later and go back tomorrow to remove what is basically a bunch of cells.

After the ‘cells’ are removed, the nurse wakes you up. It was 11am when they took you in, it is now 12pm. An hour to remove a life, probably less, just under an hour to suck cells out of its mother. They wheel you back to the room you started from, where you remain for a few hours before you are allowed to go to see the doctor before you go home.

He says he is sorry, he says the whole thing over again, how the baby was doomed from the time it was made. That we know we can have a healthy child – we already have one – that you may be 40 and the percentages are less and less every year, but he is positive. No, he does not believe that using someone else’s sperm or egg is the way to go.

The ‘new episode’, as he puts it, is to go down the same road: let three months pass and try again.

It is too fresh right now. Perhaps you could give it one more go, even if, in theory, your DNA and your husband’s do not mix well. You go home, see your son, thank God for him, tell everyone it is OK. This time you can handle it.

But late at night, you analyse it scene for scene, rewind, pause, edit frames, zoom in. You are angry. You feel as if you are a ball of electricity ready to explode. You feel numb, take the pillow, push it close to your belly and suddenly you realise that is how it could have been and – for a split second – those cells that were sucked out of you with basically a straw once again form back into the time of conception.

Some people believe that at the time of conception there is a light and the brighter the light, the greater the chance the embryo has of becoming a healthy baby. You wonder if you are truly strong enough to switch on the light one more time.

Property questions: Do we have to pay after municipality dug up private road?