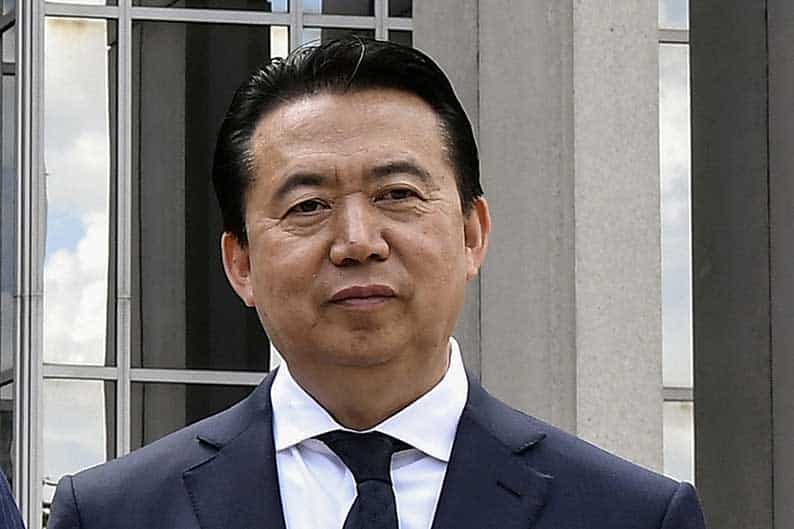 FILE PHOTO: INTERPOL President Meng Hongwei poses during a visit to the headquarters of International Police Organisation in Lyon, France, May 8, 2018. Jeff Pachoud/Pool via Reuters/File Photo

From unconvincing alibis on visiting cathedrals to highly public revelations of their personal details, a new generation of Russian and other assassins and spies are being publicly identified – and often ridiculed – in ever-growing numbers.

But there is nothing funny about their antics, nor the way in which a growing number of states appear not to care if they or their agents are exposed. The world’s increasingly repressive dictatorships – not just Russia, but China, Saudi Arabia and others – are tightening their grip at home and overseas, and espionage and murder have become more central than ever to the playbook.

International spying and occasional killings have always been government tools. For all the breathless speculation of espionage novels and journalists, however, such activities traditionally have been tightly controlled, with informal agreements keeping killing in particular to a bare minimum, particularly on foreign turf. After a week that saw the possible murder or abduction of a Saudi journalist in Turkey, the disappearance of the senior Chinese official heading Interpol and a Western expose of Russian military intelligence, the rules are changing fast.

After a gradual start, the West is trying to respond. Greater surveillance and the wider information revolution have made undercover operations easier to track and expose. Last week saw the release of apparently coordinated British, Dutch and US government reports on Russian cyber and other espionage activities. The Dutch report – detailing an apparent attempt by four named Russian operatives to penetrate the Organisation for the Prohibition of Chemical Weapons – was particularly detailed, including the release of car registration and personal identity documents. Journalists and other civil society researchers also have more access to such data than ever before, with UK-based investigative website Bellingcat piecing together information already in the public domain to identify both alleged attackers in the attempted poisoning of a former Russian spy in Salisbury, England.

But the purpose of such espionage activities is also broadening and changing. Traditionally – and not unreasonably – the United States and its allies have worried most about foreign spies stealing national secrets. That remains a major threat, with cyber attacks allowing previously unimaginable quantities of data to be captured. But intelligence services are also increasingly concerned over the distortion of democratic processes and the creation of false narratives for political ends. And for the spies of autocratic states, nothing appears more important than ensuring their governments can reach, intimidate – and occasionally kill – domestic enemies seeking sanctuary abroad.

That latter area now seems amongst the fastest-growing. Demonstrating the long arm of the Kremlin – and thereby intimidating other Russians overseas, including oligarchs, dissidents and other former spies – is widely believed a prime motive for the Novichok nerve agent attack on ex-double agent Sergei Skripal and his daughter in Salisbury earlier this year. That followed a string of deaths of Russian expatriates abroad, several also suspected to have been linked to Moscow’s intelligence services. Moscow inevitably denies such charges – but while Russian President Vladimir Putin is probably the world leader most often blamed for suspicious deaths overseas, others are increasingly facing accusations of similar activities.

Authorities in Turkey say they believe prominent Saudi journalist Jamal Khashoggi was killed on October 2 inside the Saudi consulate in Istanbul by a team that flew into the country for the day and may have left with his disembodied remains. Saudi officials denied involvement in any killing, but surveillance footage aired by Turkish media purports to show the journalist entering the building and not emerging. 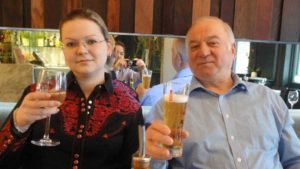 Increasingly, autocratic states seem to care ever less whether such denials are believed, or even plausible. If anything, they seem keen to spread the message that no one is safe from their global reach – either through surveillance or direct action – particularly their own citizens.

That doesn’t always mean killing – sometimes, intimidation takes more subtle forms. Chinese authorities have long attempted to silence dissidents overseas – particularly from the Muslim Uighur minority – through threatening their families in China. This summer, several foreign human rights activists based in Hong Kong said their families in Britain and elsewhere received anonymous, threatening letters, presumably from someone “pro-Chinese”. In other cases, Beijing has sought the cooperation of foreign governments in seizing assets belonging to Chinese officials and businesspeople now accused of various forms of corruption.

Power and prestige clearly only offer limited protection. Chinese security official and Interpol president Meng Hongwei disappeared while visiting China; on October 7 the Chinese government disclosed it was holding him in custody, as he awaited an investigation for “violations of law”. This came the same week as a number of other developments all apparently related to chilling discussion and discontent, including the denial of a visa to a senior Financial Times editor in Hong Kong.

Journalists often seem to be at particular risk. Two Russian reporters were killed in Central African Republic earlier this year, after reportedly investigating the Wagner Group, a Moscow-based private military contractor. Maltese reporter Daphne Caruana Galizia was killed by a car bomb last year after probing corruption reportedly linked to Russia. Whether such actions were driven by the Russian government, organised crime, business, or a mixture is far from clear, but experts who follow them closely say they are often deeply interlinked.

Western states are still working out what to do about such actions, just as they are for alleged interference in elections, hacking and the growing range of other espionage activity. Various avenues are reportedly being considered, not least a clampdown on Russian, Chinese and other foreign money laundering through major financial hubs such as London. In particular, the British and Dutch reports on alleged Russian activity – suggest these countries see publicising covert activities as another potent weapon.

Whether it’s enough to bring about a serious change in international behaviour is another matter, however. For now, the world’s authoritarian states seem to know exactly what they want to do. And for all their half-hearted denials, they want everyone to know.

Peter Apps is Reuters global affairs columnist, writing on international affairs, globalisation, conflict and other issues. He is founder and executive director of the Project for Study of the 21st Century; PS21, a non-national, non-partisan, non-ideological think tank. Before that, he spent 12 years as a reporter for Reuters covering defence, political risk and emerging markets. Since 2016, he has been a member of the British Army Reserve and the UK Labour Party

Murder in the consulate at Istanbul

How the cult of celebrity creates value for fashion history