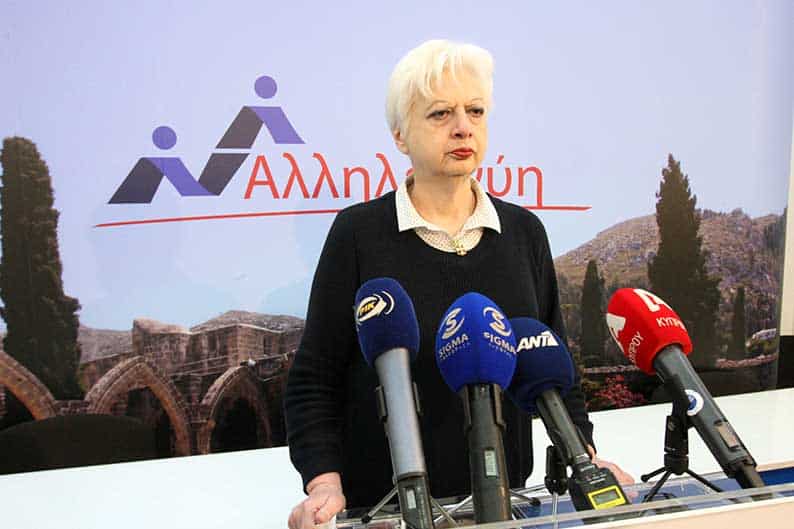 Focusing on the issue of hydrocarbons exploration, Theocharous said: “Since when does the legitimate [gas] exploration of a state generate tension?”

She was referring to the fact that Guterres had urged the sides to avoid escalating tensions over upcoming drillings but had not specifically pointed to Turkey as being the source of them with its drilling plans and its pledge to prevent Cyprus’ exploration from going ahead.

“We expect the president… to return the [UN] report as unacceptable,” Theocharous added.

“It does not specify whether and to what extent should Turkey’s provocative actions be stopped… or whether the intention is for Cyprus to suspend its energy programme,” he said.

“It refers to the sovereign right of the Republic of Cyprus as a factor for a possible escalation of tensions without admitting that the source of tension is Turkey.”

The Green Party-Citizens Cooperation said Guterres was equating the victim with the victimiser and as long as that was happening, there would be no solution.

“We can see that although reference is made to [Greek Cypriot] reactions to the issue of Cyprus Symphony Orchestra members playing in the occupied areas, there is no reference to the challenges [from Turkey] faced by Cyprus in its EEZ or its airspace, or the arrest of fishermen by the so-called authorities,” the party said.

Main opposition Akel said it seemed Guterres was not altogether convinced the two sides were ready to resume meaningful negotiations. “It is a good thing he leaves the prospect alive. At the same time, however, he underlines that the era of endless negotiations are definitely behind us and not in front of us,” the party said.

It added however that President Nicos Anastasiades should be particularly concerned with the references to drilling. “Our energy programme should continue unhindered but this does not seem to be understood in the international community,” Akel added.

Ruling Disy in a statement said it was positive that the UN chief was offering another chance “that we need to take advantage of”.