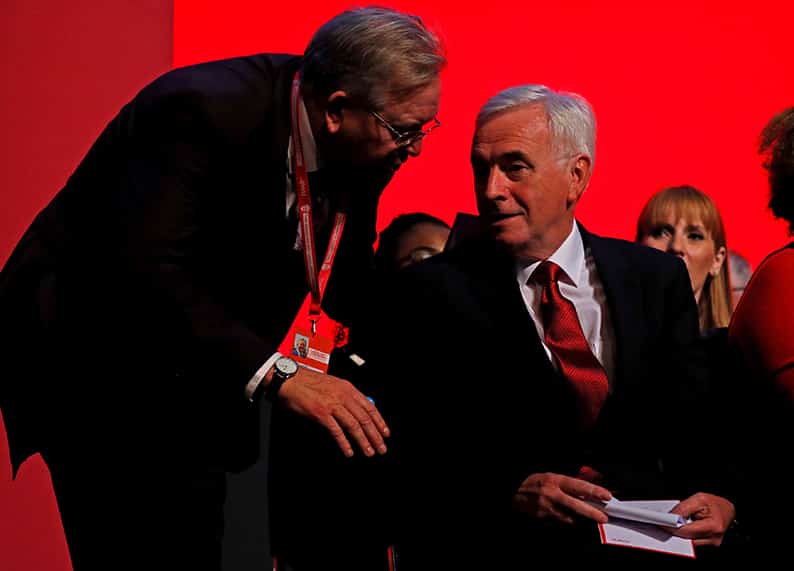 Britain’s opposition Labour Party could win power from Theresa May’s ruling Conservatives in the coming months and quickly tie up a new and different Brexit deal with the European Union, the party’s finance policy chief John McDonnell said on Wednesday.

With less than six months to go until Britain leaves the EU, May is locked in difficult negotiations, trying to find an exit deal that is acceptable to Brussels and that will please enough lawmakers at home to pass through a deeply divided parliament.

McDonnell, Labour leader Jeremy Corbyn’s most senior ally, said he thought May’s government could collapse over its internal disagreements on the right form of EU exit and a failure to get its Brexit deal approved by parliament.

If that happened, he said, his leftist party was fully ready for a general election and confident that its poll rating – currently tied or just behind the Conservatives – would improve and that they would win power.

Labour would move quickly to strike a deal with the EU focused on protecting jobs.

“We think we can get a deal done fairly quickly … I think we would transform the atmosphere, and it would be on the basis of mutual benefit and mutual interest, and on that basis I think we’d get a deal swiftly,” he told reporters.

May, who lost her party’s majority in parliament at a 2017 snap election that she did not need to call, said last month it would not be in Britain’s national interest to hold another election just as she is negotiating Brexit.

However, McDonnell said that asset managers and executives had told him the government’s current approach to Brexit was stalling investment because of all the uncertainty.

He predicted Britain and the EU would agree some kind of fudge deal later this year – which would fail to allay firms’ concerns.

“I don’t think a fudge is going to do it, I really don’t and people will see it as a fudge and as a result of that the same stagnation will take place,” he said.