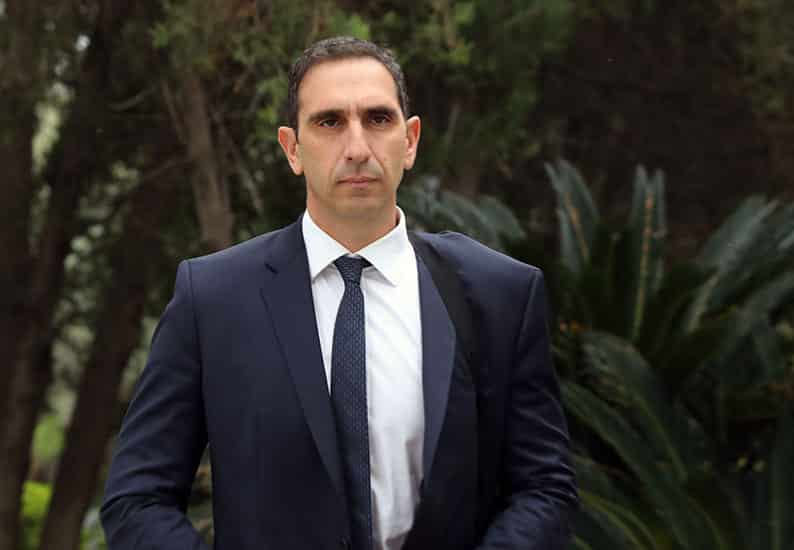 Documents leaked to the media, calling on the private health sector to boycott the National Health Scheme (Gesy) to force the government to satisfy their demands, confirm that some doctors are trying to scupper the scheme, the health minister said on Wednesday.

The minister, Constantinos Ioannou, said that it was a “common secret” that some circles within the private medical sector were against implementing Gesy and were trying to overturn the government’s plans.

He added that he remained fully committed to implementing what the legislative voted for regarding Gesy and would oppose any attempts to thwart the reforms as they overlook the interests of patients.

His statements follow the media leak of two documents that have recently circulated within the private health sector which call on private doctors and hospitals to refuse to participate in Gesy as a way of blackmailing the state to agree to their demands over pay.

The first document calls for a mass boycott of Gesy by doctors and private hospitals to force the state and the Health Insurance Organisation (HIO) to make changes to regulations already passed by parliament.

It calls for a change in the definition of co-payments whereby patients will contribute to Gesy a small monthly percentage of their salaries which is matched by the government.

This relates to the flat rate being offered to private doctors under Gesy for each medical examination or other procedure. The doctors are demanding that the difference between the money offered to them by the state and what they would like to charge should be paid by the patient, on top of their salary contribution to Gesy.

The refusal of large private clinics and their physicians to opt into Gesy unless this provision is changed, the document said, would be a “strategy” to force the HIO to renegotiate without “any other choice”.

The benefits of this proposal, the document argues, is that “it opens a window of participation in the health scheme for insurance companies with plans for additional insurance coverage for those who want to.”

The second document – which is more of a declaration – calls on doctors to sign their agreement with the points mentioned. These include a call for the administrative and financial independence of each state hospital, which is a prerequisite for the implementation of Gesy.

It said that the Gesy launch appears to be taking place before full hospital autonomy is achieved. This “creates unfair competition to the detriment of the private sector while at the same time violating the labour rights of private doctors”.

Until the full financial independence of public hospitals is in place, the state ought to provide financial incentives to those who have private and group insurance plans, in the form of a reduction in their Gesy contribution or tax exemption, the document said.

It also said that the pay of doctors who choose to register with Gesy must not be lower than the rates agreed between medical associations and insurance companies.

Doctors were asked to sign the document which concludes: “in the case the government insists on the implementation of the Gesy without the changes we propose, then we declare our non-participation in the proposed plans.”

According to reports the documents do not have the support of the medical association (CyMA) which currently is in consultations with the HIO on the private sector doctors’ pay.

On Wednesday the health minister expressed his regret that, while consultations between CyMA and the HIO are underway, some were trying to create a negative climate among the medical community, with the ultimate goal of thwarting Gesy.

“What is even sadder is that these circles in question put their own personal and financial interests above the health of the Cypriot public,” Constantinou said.

According to the head of the Patients and Friends Federation (POSFP), Marios Kouloumas, the documents are an attempt to force the government to change the philosophy of Gesy, as it had been unanimously passed by the House plenum in June 2017.

The government and political parties have opted for a single-payer system.

The documents, he said, were leaked by private doctors, because many in the private sector do support Gesy.

He added that some of the terms demanded in the documents are not feasible, such as full hospital autonomy before the implementation of the Gesy.

“The law says that autonomy will take five years. It starts according to the law in 2019 until 2024,” he said.

Kouloumas said that these documents seek to blackmail the government and expressed concerns that if the demands were satisfied, it would be to the detriment of patients.

Phase one of Gesy which is primary health care will kick in on June 1, 2019.

Contributions for phase one of Gesy will come into force in March with wage-earners, pensioners, income-earners and state officials contributing 1.7 per cent of their income, employers 1.85 per cent, the state 1.65 per cent, and the self-employed 2.55 per cent.

From March 1, 2020 – three months before phase two of Gesy kicks in with hospital treatment – wage-earners, pensioners, income-earners,and state officials will start contributing 2.65 per cent of their income, employers 2.9 per cent, the state 4.7 per cent, and the self-employed 4 per cent.