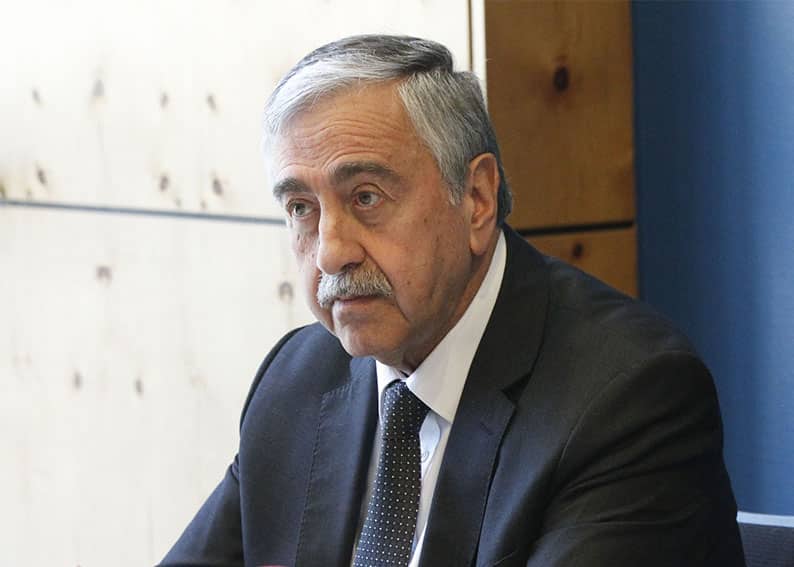 Turkish Cypriot leader, Mustafa Akinci, would like to meet President Nicos Anastasiades, before the former’s trip to Turkey at the end of the month, reports said on Thursday.

According to Turkish Cypriot daily Yeni Düzen, Akinci had sent a message to Anastasiades through the head of the United Nations Peacekeeping Force in Cyprus, Elizabeth Spehar, that he wanted to meet him before October 29. He reportedly also requested that the two leaders announce the final date for the opening of the crossing points in Dherynia and Apliki.

Akinci has been invited to attend the opening ceremony of the new airport in Istanbul on October 29.

Anastasiades announced earlier in the month that he would have an informal meeting with Akinci within the month.

The daily said that another aim of the meeting between the leaders would be to discuss the report of UN Secretary-General, Antonio Guterres, on the findings of the contacts of his special envoy Jane Holl Lute on the possibility of relaunching the settlement talks.

The report was delivered to the UN Security Council on Monday. Guterres’ main conclusion was that prospects for a comprehensive settlement “remain alive.” He is to instruct Lute to carry out another fact-finding mission before formal negotiations on the willingness of the two sides to propose new ideas.

Both sides cherry-picked the parts of the UN chief’s report that supported their respective positions on a resumption of talks and appeared to ignore the parts that did not, each saying they were satisfied with the evaluation.