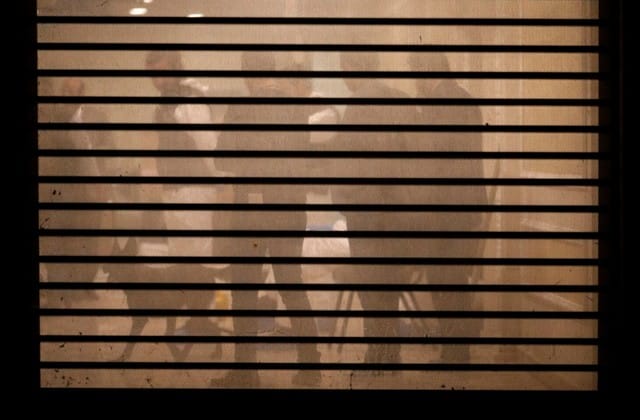 Turkey searched the Saudi consulate in Istanbul for a second time overnight as part of a probe into the disappearance of journalist Jamal Khashoggi, while the French and Dutch finance ministers pulled out of a Riyadh investment summit amid global criticism of the kingdom.

U.S. President Donald Trump said he was awaiting a full report on what had happened to Khashoggi from Secretary of State Mike Pompeo after the envoy met with Saudi and Turkish leaders, and said he did not want to abandon his Saudi ally.

Turkish officials say they believe Khashoggi – a U.S. resident and Washington Post columnist critical of Crown Prince Mohammed bin Salman – was murdered at the Saudi consulate in Istanbul on Oct. 2 and his body removed.

Saudi Arabia has denied involvement in Khashoggi’s disappearance. Trump has speculated without providing evidence that “rogue killers” could be responsible.

How Western allies deal with Riyadh will hinge on the extent to which they believe responsibility for the affair lies with Prince Mohammed and the Saudi authorities.

Trump, who has forged closer ties with Saudi Arabia and the 33-year-old crown prince in an effort to counter Iranian influence in the region, has appeared unwilling to distance himself too much from Riyadh. He has cited tens of billions of dollars in potential arms deals.

Other Western nations have expressed concern about Khashoggi’s disappearance, but face a similarly delicate situation in their dealings with the world’s top oil exporter.

U.S. Treasury Secretary Steven Mnuchin said his plans to attend the Riyadh conference would be revisited on Thursday after U.S. officials have a chance to consult Pompeo. Britain’s Secretary of State for Trade Liam Fox’s plans to attend have not been confirmed, a spokesperson said.

Turkish crime scene investigators left the Saudi consulate early on Thursday after searching the building and consular vehicles, a Reuters witness said. They used bright lights to illuminate the garden.

Earlier, the investigators spent nearly nine hours in the Saudi consul’s residence, as did Saudi investigators. The Turkish team’s search included the roof and garage and the use of a drone.

Turkish sources have told Reuters the authorities have an audio recording indicating Khashoggi was killed inside the consulate. Trump said the United States has asked Turkey for any audio or video evidence.

Turkey’s pro-government Yeni Safak newspaper published on Wednesday what it said were details from audio recordings that purported to document Khashoggi’s torture and interrogation.

The newspaper said Khashoggi’s torturers severed his fingers during the interrogation and later beheaded and dismembered him.

Turkey has not shared with the U.S. government or European allies graphic audio or video evidence, seven U.S. and European security officials have told Reuters.

The United States and allies have collected some intelligence through their own sources and methods, which partly confirms news reports based on leaks of audio recordings, four of the sources said.

One name matches a LinkedIn profile for a forensic expert who has worked at the interior ministry for 20 years. Another is identified in a diplomatic directory from 2007 as a first secretary at the Saudi Embassy in London.

Other names and photos of the 15 resemble officers in the Saudi Army and Air Force, as identified by previous Saudi media reports and in one case a Facebook profile.

Prince Mohammed has painted himself as the face of a new, vibrant Saudi Arabia, diversifying its economy away from reliance on oil and making some social changes.

But he has faced criticism including over the arrest of women activists, a diplomatic row with Canada and Riyadh’s involvement in the Yemen war during which airstrikes by the coalition Saudi Arabia leads have killed civilians.

The Washington Post published a column it received from his assistant after he was reported missing in which Khashoggi condemns the crackdown on journalists by Arab governments and the failure of the international community to respond.

“As a result, Arab governments have been given free rein to continue silencing the media at an increasing rate,” he wrote.