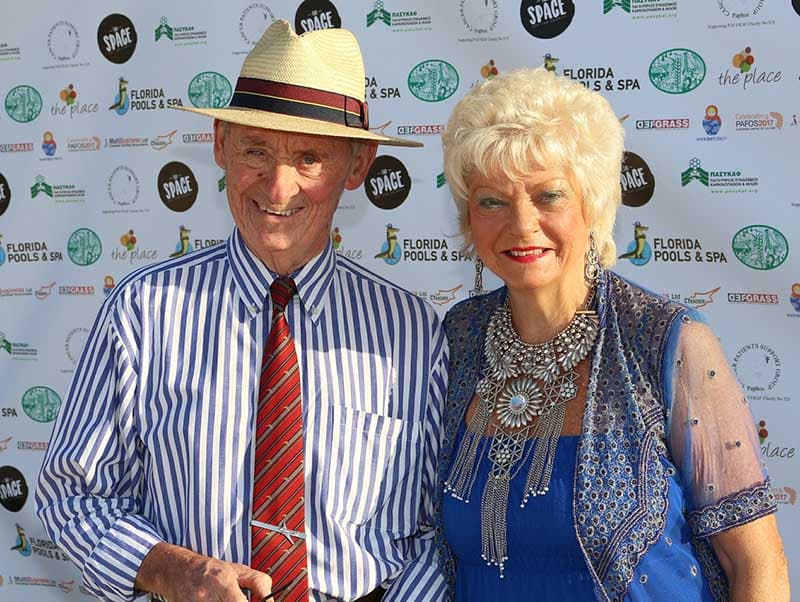 A fund raising event to honour the memory of a local charity’s biggest supporter will be held next Sunday in Droushia, Paphos.

Songs for Eddie will be performed by around 35 members of the Paphos Zingers at the Droushia Heights Hotel, with all proceeds going to the Paphos Cancer Patients Support Group, Zinger Karen Roe told the Cyprus Mail.

The event is dedicated to popular British ex pat resident, Eddie O’ Daly, who died of cancer in May.

“Eddie was very much loved by our choir and we were privileged to have enjoyed six years of fun with him at our concerts until he died after battling with strength and dignity to beat cancer,” Roe said.

Eddie and wife Maxine O’Daly supported the Zingers through the years and have attended most of their fundraising events, she added.

The Zingers, who currently boast around 38 members, were formed in 2010 and have since raised around €90,000 for local charities.

Most of their funds go to support the Paphos Cancer Patients Support Group (CPSG) and are used to-wards free homecare nursing, psychological support, travel to the oncology centre in Nicosia and a free helpline.

Both Eddie and Maxine, a volunteer at Pasykaf, worked closely with the Zingers over the years, promoting gigs, introducing the singers to the volunteers of CPSG, bucket rattling and selling raffle tickets at events.

“Our last memory of Eddie is not of a sick man battling a terrible disease but of a fun loving man attending one of our gigs before he died, dancing and partying.”

The pair were renowned for their dancing and leading others on the dance floor but on this occasion, Eddie joined the Zingers on stage and proceeded to dance with every lady on the front row.

This took place at the Droushia Heights Hotel, which is why the venue is a fitting place for a tribute to him, she added.

Graham Burns will be Master of Ceremonies at the event and there will also be a raffle and an auction.

The amateur choir will be kept very busy in the run up to Christmas as they are planning to fit in as many gigs as possible as they are hoping to increase their total funds raised up to now, to €100,000.

Songs for Eddie
The Zingers choir performs at the Droushia Heights Hotel, Sunday October 28, 7.30pm. Tickets €5. All the proceeds will go to Cancer Patients Support Group. For info Tel: 97 671172

Leaders to discuss how to resume negotiations