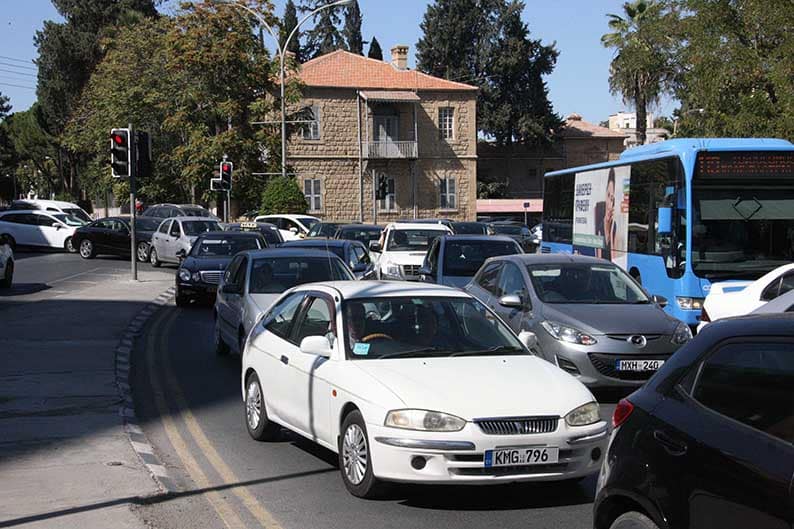 Police said Friday they were studying ways to ease traffic jams in Nicosia, which have worsened in recent days, prompting angry outbursts from motorists who are forced to spend hours behind the wheel.

The force used a helicopter twice on Friday to survey the capital in a bid to find ways of easing traffic.

A police statement said chief Zacharias Chrysostomou had given instructions for a study to be done and come with recommendations that will be submitted to the authorities.

On Friday, assistant to the chief Demetris Demetriou, who had served as the forces traffic chief for years, took to the skies in a helicopter to map the problem and seek alternative solutions.

The force however, stressed that traffic problems were also the result of lack of infrastructure and public transport, which had to be created or reinforced.

Police said they would help in every way to improve the situation despite being short staffed. The chief has repeatedly asked the government to fill some 500 vacant positions.

Nicosia residents and visitors driving into the capital have been experiencing long traffic jams for some years, especially at its entrance.

Various infrastructure projects which are running simultaneously have only served to exacerbate the situation. The long delays in the completion of Eleftheria Square make things worse since other projects have started in the immediate area, which meant more road closures.

Another large project causing problems are the roadworks on Kallipoleos Avenue, which served as an exit from the centre.