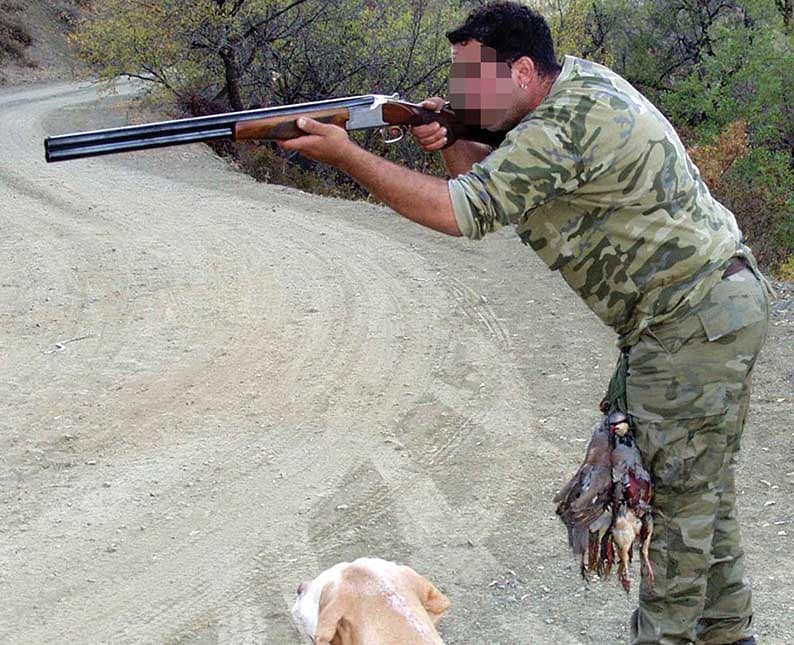 Inefficiencies within the Game and Fauna Fund allows law-breaking hunters a free rein without penalty for offences they’ve committed, it has emerged.

Inconsistencies between law provisions and computer-system requirements, inconsistent updating of records and lack of coordination between services, results to ineffective monitoring of hunters breaking the law, according to a report by the Audit Office.

The audit report for 2014 said that during checks, it was discovered that  747 cases  registered in the computerised system  between 2003 and December 2016  which had been reported to police had never reached the courts.

Police told the audit office that they usually examine these cases within a month and are then referred to the court, “therefore, cases from previous years should not have been pending.”
Following the call for further investigation of these cases, by the head of the Game and Fauna service, it was discovered that while some cases had been taken in court since 2009, the sentences were not registered in the system.

According to the law, it said, in case someone has been sentenced by the court must take these courses and pass the corresponding exams to be able to have their hunting licence renewed. Paying the court fine however, is not a prerequisite.

But the computer system at the Game and Fauna Fund, to allow the issuing of a licence, requires proof of the payment of the fine, in addition to that the hunter took the classes and passed the exams.

So, in case the hunter has successfully passed the exams but has not paid the fine, officials used to punch into the system a token payment. “As a result, the computerised system is not reliable.”

“On one of these cases, a hunting permit was granted before the expiration of two years from the date of conviction,” it said, contrary to the law on the protection and management of wild birds and game, since the case was not registered in the computer system and the hunter was not blocked.

As regards on the spot fines, following a random check of 21 outstanding fines, in two cases, while the Game and Fauna Fund had reported to the police, it was not registered in the computer system that the hunters concerned had been taken to court.

On one occasion “as we have been informed, by mistake, there has not been a report to the police for the non-payment of the fine so that all necessary legal measures could be taken to recover the amount due.”

The Audit Office said that it has also found that there is no mention of outstanding fines owed to the Fund for 2014 and which concern debts from fines issued by courts.

It said that based on a law amendment which is in effect since July 2017, most offences will be settled outside courts so as to restrict the problem.

The report recommends that to better monitor cases, the amendment of the law ought to be proposed in order to ask the hunters breaking the law to produce the proof of payment of the fine due as a condition for participation in the necessary training courses for the renewal of the hunting license following a misconduct.

The Game and Fauna Fund informed the Audit Office that they had also considered possible amendment to the law, so that the renewal of the hunting permit would require the payment of all the fines due.

It emerged however, that any modification prior to the computerisation of the courts would create additional bureaucracy given current court procedures for informing the services on decisions, resulting in very difficult implementation of the legislation.