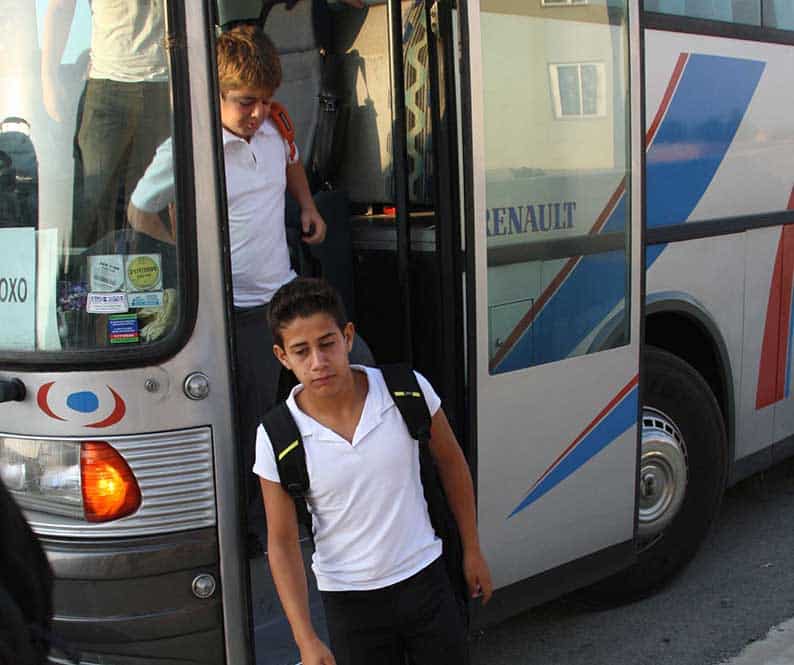 The lack of buses with three-point seatbelts have made the implementation recently-passed legislation regarding the addition of child seats on buses difficult, the house transport committee heard on Friday.

A law amended on July 25 regarding the installation of child seats in buses for the mass transport of children under the age of six has been an issue in terms of implementation, said Disy MP Demetris Demetriou.

“Legislation has been passed recently and today we are seeing the problems arising in its application”, Demetriou said. “Kindergarten children or children under six years or under 1.35 metres height, require a child seat to travel… though several problems have arisen with the law not being applied to buses with two-point seat belts, known as airplane seat belts.”

Kindergartens and pre-schools have had trouble implementing various parts of their educational programmes due to this difficulty in the transport of children, Demetriou said.

Demetriou added that further issues have come up, such as who brings these seats to school so that children can travel during excursions or in other circumstances, and who is responsible for the installation of the seats.

The transport committee will be holding a follow-up meeting in 15 days to which all stakeholders, teachers, parents, relevant government departments and the police have been asked to attend in order to find solutions.

Greens MP Giorgos Perdikis said that the law may need amendment in order to make its application easier, but “under no circumstances do we accept the suspension of the law.”