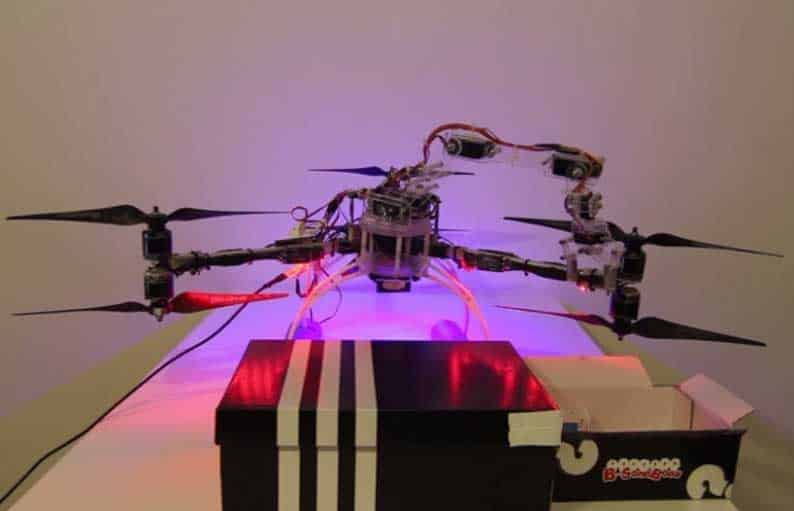 ArachnoBeeA won the first international NASA Best Mission Concept Award. The spider-bee drone can be used for small cargo transport as it has a ‘grab and capture’ capability and the ability to dock and release.

The local competition of the NASA Space Apps Challenge 2018 began on Saturday in Nicosia in the presence of NASA Chief scientist James Green.

During the 48-hour competition, which was brought to Nicosia by the Cyprus Space Exploration Organisation (CSEO), the Cypriot teams have the unique opportunity to be mentored by the NASA`s chief scientist.

Cypriot teams have won twice in five years, one first-place international prize and one second-place.

President of CSEO George Danos told participants that the winner of the exclusive Cyprus challenge would travel to the US to visit the Marshall Space Flight Centre.

Green spoke about the challenges that NASA had to face as regards for example the Mars Curiosity mission and how its scientists managed to overcome any difficulties and he encouraged Cypriots to continue participating in the competition while noting the successes by the Cypriot teams on an international level.

Professor at the Swedish Institute of Space Physics, Hermann Opgenoorth, who presides over the MUAN network of scientists studying Mars, told participants that the scientific community needs the ideas from the new generation. The MUAN network held its meeting in Nicosia this week, and decided to make Cyprus its permanent venue of the meetings it will have every two years.

The NASA Space Apps is an international hackathon that occurs over 48 hours in more than 200 cities around the world. The competition brings together people of diverse scientific backgrounds, in order to address engineering issues through specific challenges. The challenge is the biggest event for the development of innovative and space oriented ideas.

CNA acts as media sponsor of the competition.
The winner of the challenge and the winner for the Cyprus challenge will be announced on Sunday afternoon.

Last year, a Cypriot team of students called NestFold won the first prize in the international NASA space apps challenge competition, in the people’s choice category. Their idea was a deployable NestFold capsule that can be air-dropped in areas suffering from natural disasters rescuing victims from fire, flood, landslide, earthquake etc.

In 2013 Cypriot project MarsSense, which was the winner of the Space Apps Limassol 2013, was given the second international award in the category People`s Choice Award of the NASA International Space Apps Challenge. The Cypriot team of MarsSense was invited in 2014 to the biggest space conference, called Space Ops, which is organised by NASA. There, the Cypriot team presented its work and was excelled as one of the four leading academic projects related to Space Exploration for the biennium 2013-2014.