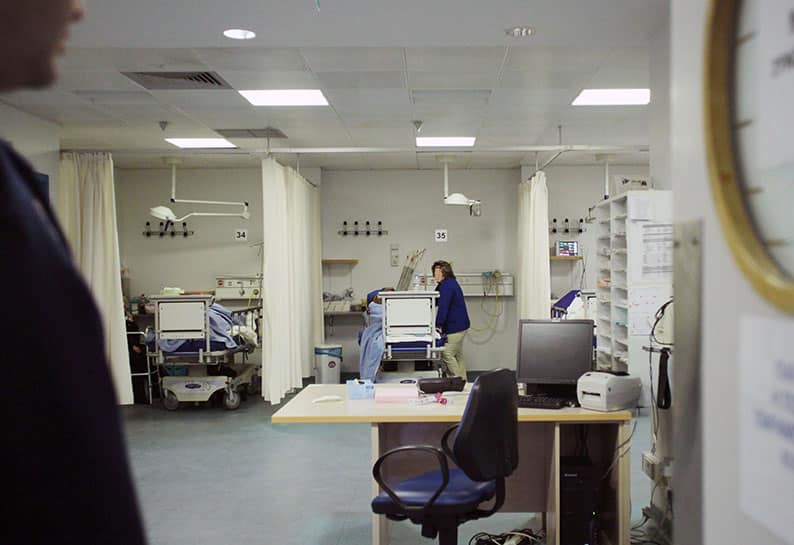 A NEW crisis appeared to be rearing its head in the beleaguered health sector on Friday when Health Minister Constantinos Ioannou called out state doctors union Pasyki for what he described as deliberately downplaying his ministry’s efforts to resolve understaffing in A&E units after the union threatened strike action.

Pasyki accused the ministry of not doing enough to resolve the issue. Ioannou said the union hadn’t offered any solutions.

“The disparaging approach that some have chosen to follow, tarnishes the work being done in public hospitals, and incriminates the health professionals themselves,” he said.

Pasyki president Sotiris Koumas told media on Friday: “We’ve reached our limits. Doctors are exhausted.” He said the union had warned the ministry multiple times regarding the issue of understaffing in A&E units, but no measures had so far been taken in order to tackle the root cause of the issue.

But in an attempt to “set the record straight”, Ioannou said his ministry had undertaken a series of measures. He said that while no one denies that there were still problems, “they are certainly not to the extent that some are making them out to be.”

“In an attempt to attract doctors, since we are aware of the heavy burden of work for current A&E staff, the council of ministers has already approved raising their benefits from €500 to €800, above their monthly salary,” he said.

“There is a constant call for the recruitment of doctors from both the domestic and the Greek market to fill existing vacancies, but unfortunately we did not have the expected response,” Ioannou said, adding that so far only three doctors had expressed interest.

The ministry had discussed this with the unions in the past, Ioannou added, and though the urgent need for corrective measures were always stressed, no feasible suggestions have been made so far by the unions.

According to Ioannou, since the day he took office, he held numerous meetings with officials and A&E managers in attempt to find solutions.

“One of the agreed measures that are being implemented is the training of the staff in A&E units. By the end of this year, 43 doctors out of the 64 who are employed in A&E units will be trained and the programme will continue in 2019 so that all doctors receive training,” Ioannou said.

Another measure, he said, was the extension of working hours at Nicosia health centres until 8pm to ease pressure on A&E units, since “there is a consensus that 65 per cent of the cases dealt with by A&E units are not emergencies.”

“I want to be clear: I have never downplayed the problems in public healthcare, such as those involving the working conditions in some departments, including in A&Es, which are the vanguards of public healthcare.”

Our View: Defence spending might be down but army payroll is up