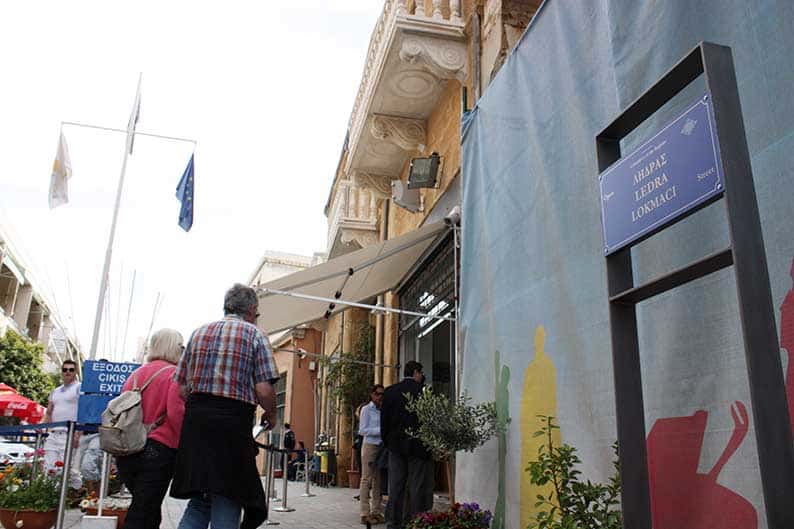 Apart from politicians and those journalists on the Cyprus-problem beat, does anyone care any more?

POLITICAL leaders may have expressed satisfaction or dissatisfaction over the UN Secretary-General’s report that prospects for reunification talks ‘remain alive’, but for many ordinary Cypriots, jaded by the endless rounds of unproductive talks, there is a certain ‘here we go again’ about the whole thing as the semantics of loose federations and confederations are already being bandied about.

President Nicos Anastasiades and Turkish Cypriot leader Mustafa Akinci are to meet next Friday but both have made it clear this is not the start of new negotiations. UN envoy Jane Holl Lute must carry out a new round of contacts before the UN chief officially calls the leaders to talks… if he does. But apart from politicians and a group of journalists on the Cyprus problem beat, does anyone really care any more?

Yiannos Katsourides, director of the Prometheus Research Institute and adjunct lecturer at the University of Cyprus, thinks that only a small minority follow closely the Cyprus issue – whether they are for or against reunification.

“Most folks don’t give a hoot about the details as they go on about their daily lives. The majority are bored of the procedural aspect – preparation for talks, informal meetings, the format, will more crossing points be opened, and so on.

“But I do think that if we were to get to another summit on Cyprus, like at Crans Montana, and there appeared to be something substantive on the horizon, gradually more and more will get interested. If not, and the talks appear to be dragging on forever, then people will cool off very fast.”

Disappointment with the past is another factor: “People are tired of the Cyprus issue being stuck in a start-stop loop, with no results. It’s only natural that they become detached.”

Katsourides agrees that the hype originates from certain quarters: politicians and the media.

“For example, there are opinion-makers and columnists who, projecting their own personal desires, cultivate a sense of expectation among readers. Wherever they might stand vis a vis the Cyprus issue, they tend to exaggerate and spread information that is not entirely accurate. Later, when these things do not materialize, people feel deflated.”

James Ker-Lindsay, visiting Professor at the London School of Economics, is keenly aware of the growing indifference in the Cyprus problem.

In an emailed response, Ker-Lindsay said: “I have been working on Cyprus for almost 30 years now. There is no doubt that attitudes about the Cyprus problem have changed on the island and abroad.

“At one time conversations would be dominated by the national issue. No more. When I am on the island, I really get the impression people are really fed up with the whole thing. I notice it especially in the young. In recent years, I have encountered more and more who just think it is time to accept that the island is divided and be done with it. This is really troubling.”

He cited the waning international media attention: “In 2004, there was a huge international press pack in Burgenstock. It was nothing like that in Crans Montana last year. Very few journalists turned up. Even long-standing observers said they couldn’t t get any interest from their editors. It really was a case of ‘if there’s a breakthrough then we’ll come’.”

The same goes for overseas.

“At one time Cyprus problem events in London attracted a good audience. These days, not really. You’ll invariably get a few ageing hard liners from the diaspora trotting out their usual lines. However, the younger members of the community have little interest. Also, academics working on Cyprus have by and large given up on the issue. The most interesting work these days is being done on other aspects of the island, such as its economics, history and society.”

While understanding that people are disillusioned, Ker-Lindsay cautions against total complacency and aloofness.

“The thing is that people may think the status quo is the best option. It isn’t. With Turkey moving in an unpredictable direction, the current situation will only lead to greater instability. There still needs to be a settlement.

“The UN still has a peacekeeping force on the island. The issue complicates relations between Nato and the European Union. It is a source of tension and instability in the region. One way or another it has to be resolved.

“However,” he added, “there is no doubt that international patience is now running out. I really think the US threat to end Unficyp is serious. This could have serious consequences, especially in light of growing tensions over energy resources.”

Socrates Hasikos, a member of the ruling Disy party and former interior minister, blames the indifference on politicians but also the media for not pushing hard enough.

“Yes people are fed up, because they don’t get any straight talk from political leaders. No one tells them ‘this is what our side wants’ and explain it to them in clear terms.

“It’s time we spoke clearly, so the people, armed with the correct information, can assume their own responsibilities by voting in a referendum.”

But it’s also the media’s fault for giving politicians a platform to say their piece without squeezing them.

“The press should be more demanding, more strict if you like, with politicians. Don’t let them get away with vague talk.”

A quick straw poll conducted by the Sunday Mail seemed to bear out that the average person is sick and tired of the endless back-and-forth.

Louis, a 55-year-old kiosk owner, noted however that the populace is not entirely blameless.

“If you ask people what is a loose federation, maybe one in 10 will be able to tell you. And then, it’s not because that person knows exactly what the term signifies, but rather they’re interpreting it based on their own opinions and biases.

“Sure, it’s partly the fault of politicians, because they use complex concepts and fancy terms which most don’t understand. We need a straightforward, layperson’s explanation of what a solution will look like. On the other hand, most folks don’t bother to do their own research.”

Louis says that he personally is still interested in the Cyprus issue. But he’s the odd man out in his family.

“Whenever there’s a political debate on television, I like to sit down and watch it. But my wife and kids sigh in exasperation and leave the room.”

Costas, 40, blurted out: “Same old, same old. We expect nothing. Politicians have been taking us for a ride for more than 40 years now, so we’ve caught on.”

He suggested that, at long last, an information campaign should be held to give the people the real facts.

“I agree with the proposal by [Citizens Alliance leader] Giorgos Lillikas, who said we should have a referendum on the Greek Cypriot side on the type of solution we want, giving the people the choice between four or five models for a settlement.

“Otherwise, we’ll keep hearing about ‘bizonal bicommunal federation’. Who really understands what that means? I want to hear concrete stuff, like what’s going to happen to my plot of land in the north.”

Tales from the Coffeeshop: Hairdressers and the loose federation