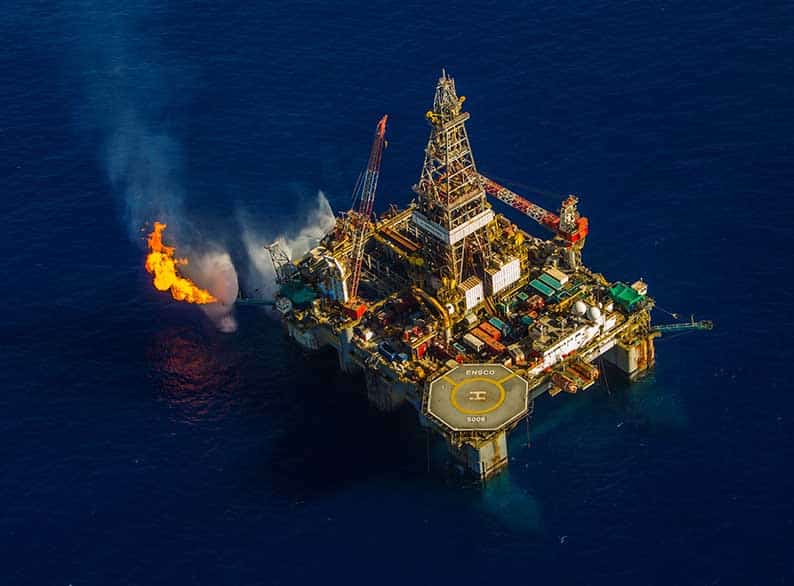 GREEK Cypriot parties and commentators were not happy about the UN Secretary-General’s references to natural gas in the report he submitted to the UN Security Council on Monday, repeating the usual argument about the sovereign right of the Cyprus Republic to exploit hydrocarbons in its Exclusive Economic Zone. In principle, they were correct, but in the business of world politics, this counts for very little as we should have learnt by now.

For the UN, maintaining peace and stability is the number one priority; it is not to issue verdicts on who is in the right in international or regional disputes. This priority has been always been evident as it was in the latest report by UNSG Antonio Guterres, who said: “New rounds of exploratory drilling scheduled for the last quarter of 2018 could however result in renewed tensions and significantly complicate prospects for dialogue between the parties.”

He did not say that the Cyprus Republic should be left to carry out exploratory drilling unhindered in its EEZ. Instead, he acknowledged the Turkish Cypriot claim on the island’s hydrocarbons. “The natural resources found in and around Cyprus should benefit both communities and should provide a strong incentive for all concerned parties to work in earnest towards a mutually acceptable and durable solution,” he said urging the sides “to avoid unnecessary escalation in the coming months and to pursue dialogue on this issue.” The stance drew criticism from the one newspaper on Saturday which claimed the UN was “covering” the Turkish side while having a dig at the Cyprus government.

The response of a US State Department official, asked to comment on Turkish provocations in Cyprus’ EEZ, however, was along the same lines. While recognising the right of the Cyprus Republic to develop the resources in its EEZ, he said the US “still believed that the oil and gas resources of the island, as all its resources, should be shared equitably between the two communities within the framework of a comprehensive settlement.” The official added that “we discourage any actions or rhetoric that increase tensions in the area.”

No matter what the Greek Cypriot politicians and media say, the message from abroad is very clear – agree on a settlement so that both communities could benefit from the natural resources. No foreign government or organisation is prepared to condemn Turkey’s actions – our partners in the EU have been a little more supportive of the Republic, without antagonising Ankara – nor to state that the Cyprus government is entitled to do whatever it wants with the hydrocarbons in its EEZ, regardless of the Turkish Cypriots.

In short, unless there is a settlement or an agreement on joint exploitation, extracting natural gas will be very difficult and could threaten regional stability. The Turkish navy will not prevent the ExxonMobil – Qatar Petroleum consortium from carrying out exploratory drilling next month, but on Tuesday it issued a Navtex that will last until February for explorations in the sea area southeast of Cyprus including blocks 4 and 5 by the Barbaros exploration ship. On the same day, Turkey’s foreign minister Mevlut Cavusoglu said Ankara “will not allow the rights of Turkey, the ‘Turkish Republic of Northern Cyprus’ and the Turkish Cypriots to be violated in the eastern Mediterranean.” In attempt to step up the ante, on Thursday Turkey said that a Greek frigate that was harassing Barbaros was chased away by the Turkish navy, a claim denied by Greece.

Incidents or non-incidents like the above are bound to increase as is the war of words, Turkey aware that by regularly causing small problems will make drilling in the area less appealing to oil companies. Meanwhile, President Anastasiades is pragmatic enough to recognise that unless the Republic comes to some arrangement with Turkey, no company will invest in extraction infrastructure and pipelines. No company will risk hundreds of millions of dollars with Turkey threatening action. Anastasiades is prepared to discuss a two-state solution as a way of resolving the hydrocarbons dispute. He said as much at the beginning of the year. “If they (Turkey) choose to protect the rights of the Turkish Cypriots in an independent entity they must be restricted to what they are entitled to in the exclusive economic zone of the illegal entity,” he said.

It is more than likely that the issue of natural gas was discussed at his meeting with Cavusoglu in New York, because this remains of vital interest to Turkey. If there were no hydrocarbons in the sea around Cyprus, it is doubtful Turkey would have shown any interest in a settlement of the Cyprus problem. A settlement, irrespective of whether it takes the form of federation, confederation or two-states, will allow Ankara to have a key part in how the energy of eastern Mediterranean is used. Aware of this Anastasiades had been in consultations with Ankara about energy before the Crans-Montana conference, but after the collapse he turned his attention to reaching a deal with Egypt.

He knows, however, that the sending of natural gas to Egypt via pipeline will not materialise unless he reaches some kind of agreement with the Turkish Cypriots and Turkey. This has been made very clear by Turkey and implied by the UN and the US and Anastasiades will now have to make his choices.

How will Brexit affect me? Ask the High Commissioner

Tales from the Coffeeshop: Hairdressers and the loose federation