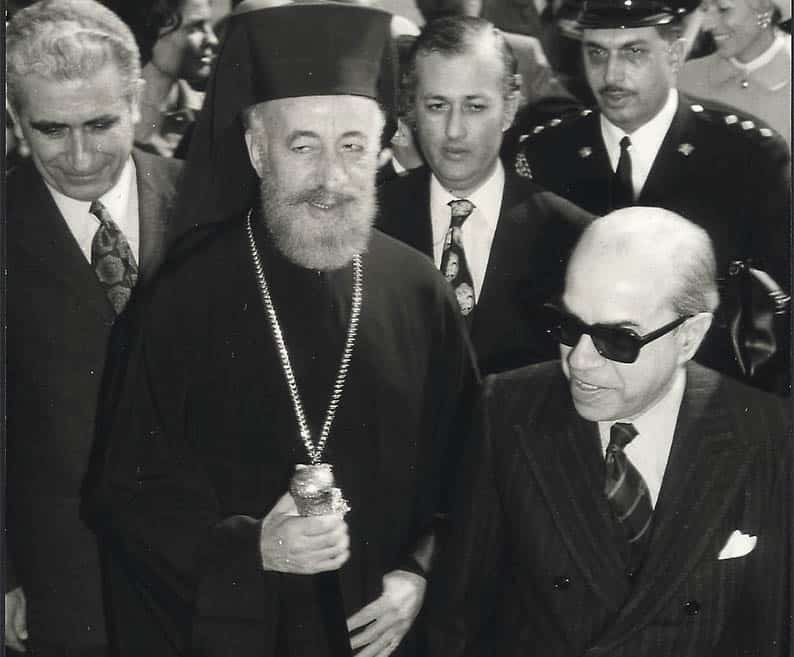 IN a democratic country the government acts on the popular mandate it received in elections. In other words, the rulers are obliged to implement the promises or commitments they included in their election manifesto. Consequently, no president of the republic can do whatever he wants, especially with regard to the Cyprus problem, because such behaviour goes against the spirit of democracy.

But during the term of a president there is always the possibility of unforeseeable events which would force a fundamental change of policy. For example, after the bloodshed in Kophinou in November 1967, Archbishop Makarios realised that Enosis was unattainable and two months later, in January 1968, explained to the Greek Cypriot people that the while Enosis was still desirable it was also impracticable, therefore it was necessary to re-orientate the national objective.

As a consequence, in the presidential elections of February 1968, adopting a new strategy – that of supporting the independent state that had come into being in 1960 – he was re-elected president with an impressive 96 per cent of the vote. Unfortunately, Makarios did not steadfastly pursue this policy. His speeches, mainly at national memorial services, constituted masterpieces of woeful back-tracking and contradiction. When his rationality was in control he spoke about independence but when his heart ruled his head he would come out firing in favour of Enosis. Of course, Makarios’ split personality contributed to the de facto partition of Cyprus.

President Anastasiades, before making public his plan for a decentralised, loose federation, which appears a major change of course on the Cyprus problem, should have first spoken to the people of Cyprus and explained his thinking while also seeking the approval of the legislature. His failure to do so shows utter disregard for the Cypriot people and especially those who voted for him. It was a blatant foul, deserving a red card, but the Cypriot referee did not spot it because he is not adequately qualified in politics.

How then, should the government approach the matter? Bearing in mind that the existing knowledge of federation and confederation are unclear and nebulous for a large portion of the population, their first and main concern should be to issue in plain language literature on the definition and meaning of federation (centralised and decentralised) and confederation. During the Christofias presidency, an attempt was made in this direction but it was short-lived and anaemic.

Yet this is imperative because a lot of people, including journalists, are under the impression that there is no big difference between federation (even decentralised or loose) and confederation. But the difference is very big. The states that constitute a confederation – incidentally there is no confederation in the world today – fully maintain their national sovereignty. If we proceed towards a confederation for a settlement, it would be a two-state solution with the two states having a treaty of cooperation on specific issues.

The federal state has one citizenship and one international personality while a confederation has no common citizenship because it is made up of two sovereign states. It is also worth noting that a federation always has two parliaments, one representing the population as a whole and one representing the member states. A confederation, in contrast, has a congress that represents the member states and is in effect an international conference. No matter how decentralised a federation, it differs substantially from a confederation.

When Anastasiades was elected president in 2013 he trumpeted that his primary objective would be to achieve a bizonal, bicommunal federation (BBF). He repeated this on his re-election in 2018, but in a much more low-key way. In last month’s address at the UN General Assembly, he did not even mention BBF. As if this amendment of the settlement being sought was not enough, Anastasiades, with rumours circulating that a two-state solution was being cooked up, is now proposing a decentralised BBF, that is the transfer of powers of the central government to the constituent states.

These developments cause great confusion to everyone. It is a strategy that disregards the Cypriot public and especially his supporters. The excuse for the proposed amendment is so that it would make the federation viable and workable. From what is being said, however, there is full agreement between the two sides on the powers of the central government while the stumbling block to reaching a deal was Turkey’s intransigence on the issues of security and guarantees – not the sharing of power.

If the problem was really the excessive powers of the central government, why did Anastasiades not utter a word about it at Crans-Montana? This stance by the president, combined with his flirting with the two-state solution (as was revealed in an article in Politis last Sunday), raises many questions in need of answers. Rumours are rife that a change in the basis of a settlement is being perpetrated. And it is no secret that the president’s ambiguous behaviour boosts the hopes of all those that prefer de jure partition so that at least half of Cyprus remains Greek.

President Anastasiades, as a basic courtesy, should address the people and make his position clear. The foggy political setting he has created needs clarification.

No danger of partition from loose federation