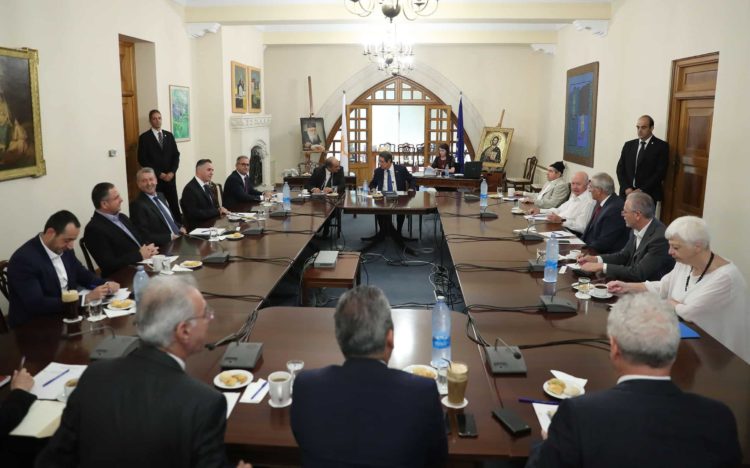 President Nicos Anastasiades will probably supply members of the national council with documents relating to the powers of the central government tabled during reunification negotiations, CNA has learned.

A source told CNA that ahead of Tuesday’s meeting, Anastasiades is prepared to discuss his ideas on decentralised federation as a form of solution, without however having a final proposal to submit.

It also noted that the president will have copies of a number of documents related to the issue of the powers of the central government that were put forward during the negotiations on the Cyprus problem.

Furthermore, it said the national council meeting will also discuss the UN secretary-general’s report on his good offices mission.

Tuesday’s meeting is a follow-up of a national council meeting that took place on October 8.

Political parties which have not yet expressed their positions will do so on Tuesday.

As regards the forthcoming meeting between Anastasiades and Turkish Cypriot leader Mustafa Akinci, scheduled for October 26, the same source said the president’s aim is to find out whether Akinci is ready to re-engage, while Akinci wants to discuss about the opening of the two new crossing points, in Dherynia and Lefka.

The source said that President Anastasiades considers that the two leaders have nothing to discuss about this issue and that the Greek Cypriot side’s position is that once what has been agreed is implemented by the other side then they will be able to proceed with the opening of the crossing points.

Trump threatens to build up US nuclear arsenal against China, Russia