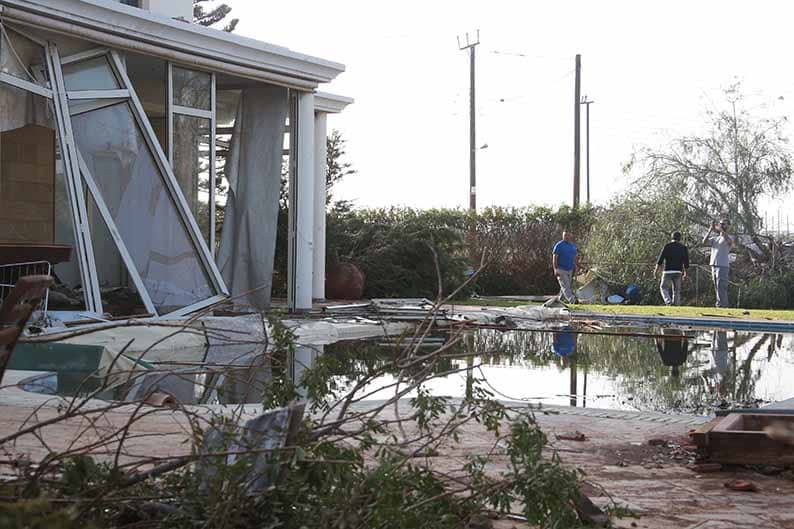 The government announced on Monday it will be providing financial assistance up to €2,000 for those affected by the whirlwind that ripped through Ayious Trimithias and Paliometocho on Sunday.

“Once the damage has been reported in every affected house, victims can use this assistance to begin repairs,” interior minister Constantinos Petrides said.

Petrides added that he will be submitting a proposal to the cabinet requesting that immediate financial assistance is granted to victims as a first measure towards relieving the consequences of the natural disaster.

Earlier on Monday Petrides said he would also be submitting for cabinet approval a number of socio-economic criteria which will determine the amount of financial assistance to be received.

Every effort was being made to help the residents he said after visiting the area.

The Nicosia district administration has mobilised six crews to assist community authorities in recording the damages.

“We’ve been by the victims’ side since yesterday, we’re here this morning, and we’ll be here until all affected premises have been recorded,” said Nicosia district officer Marios Panayides.

The aim is to complete the task within the next two to three days, he said, “though due to extensive damage, each property requires a lot of time”.

The Electricity Authority Cyprus (EAC) representative Christina Papadopoulou said that there are now fewer than 10 houses in the Ayious Trimithias area that remain without power, while electricity has been restored in the rest.

Panayides called on all property owners who have insurance coverage to request damage assessment, noting that most of the affected houses are likely to have coverage as the area consists mostly of newly built houses.

The repair costs that will remain uncovered by insurance companies – “excess” costs – will be covered by the state, he said.

For properties that do not enjoy insurance coverage, Panayides said that the damage will be recorded by district administration staff, though “the state will not be offering compensation, but assistance”.

According to reports the whirlwind was as high as 200 metres and damaged everything in its path. There were no reports of injuries but electricity lines were cut by falling trees.

Arrangements for temporary hotel accommodation were made by the civil defence for those who were unable to stay in their homes.

On Sunday evening, the community leader of Ayious Trimithias, Giorgos Iacovou called it a catastrophe. He said some homes were so damaged their occupants would have to spend the night in a hotel or with friends or relatives.

“It came from the north east and lasted a long time,” he said of the whirlwind. “It lifted tiles off roofs and cut electricity to the area. It threw up dust and dirt and rubbish. There are trees down. It’s a catastrophe,” he told the public broadcaster.

“Some people have nowhere to stay… people with children. We are trying to help with the aid of civil defence. There is huge damage. I’ve never seen anything like it.”

Panayiotis Mouskos from the Cyprus met office told the Cyprus Mail on Monday that “phenomena such as the whirlwind we saw on Sunday are very rare – the last one we saw was nine years ago, in 2009 in Latsia.”

The issue with whirlwinds, Mouskos said, is that there is no way to forecast their occurrence in order to prepare for them and to mobilise evacuations.

“Whirlwinds form through instabilities within thunderstorms, so while we can forecast thunderstorms, there’s no way of knowing whether a whirlwind will emerge out of it, nor how strong it will be,” he said.

Due to their rarity, not enough data has been collected on whirlwinds in Cyprus, he said, “and therefore there is no way of knowing whether the frequency or strength of whirlwinds will be affected by climate change.”

Some social media users responded to Sunday’s whirlwind by highlighting the need for more tree planting, claiming that trees form obstructions which can dissipate whirlwinds by interrupting their windflow, cushioning the damage caused by such occurrences. 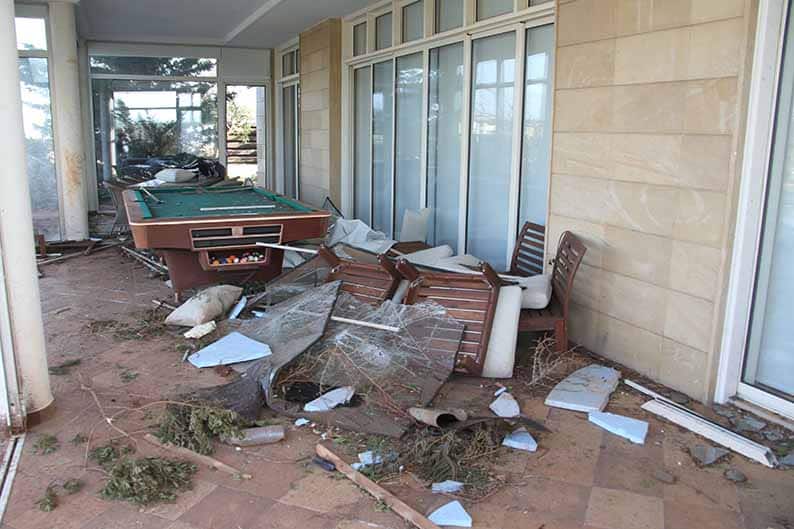 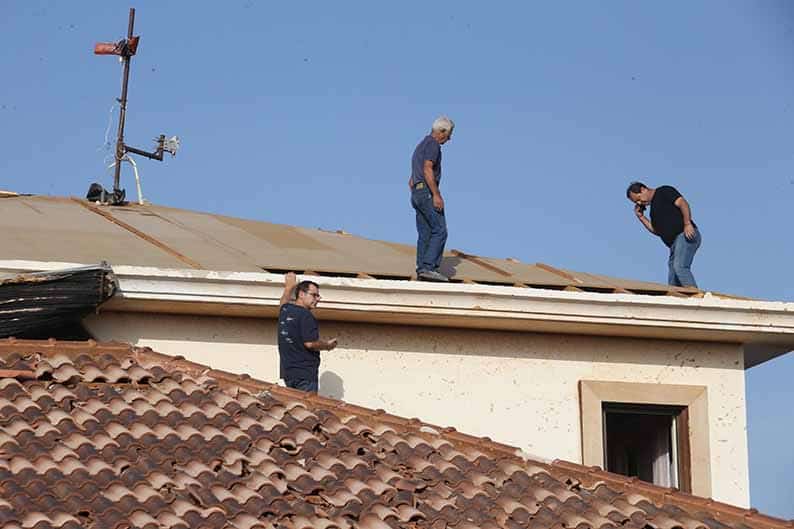 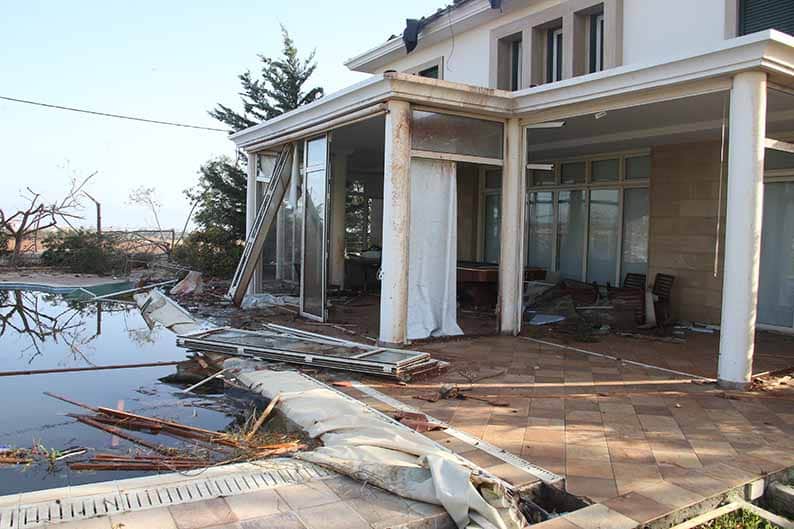 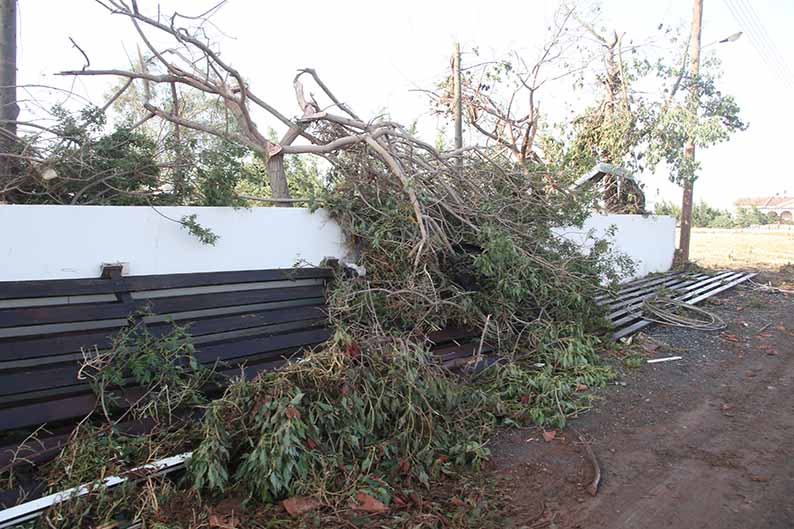 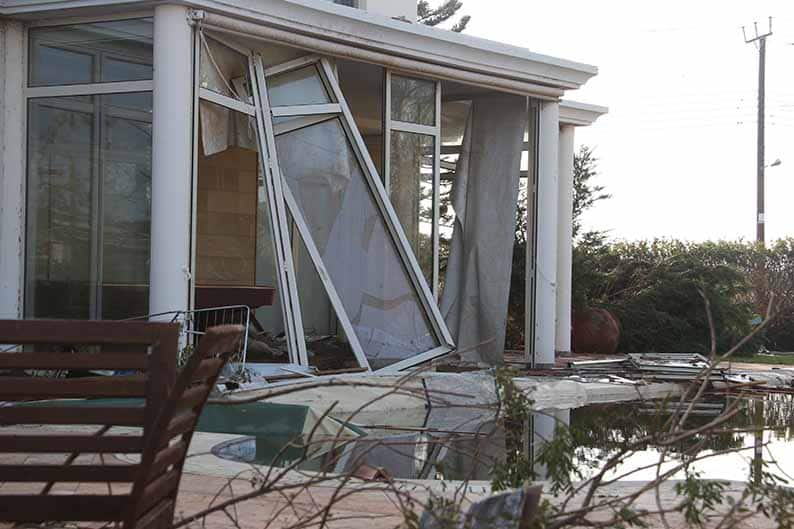 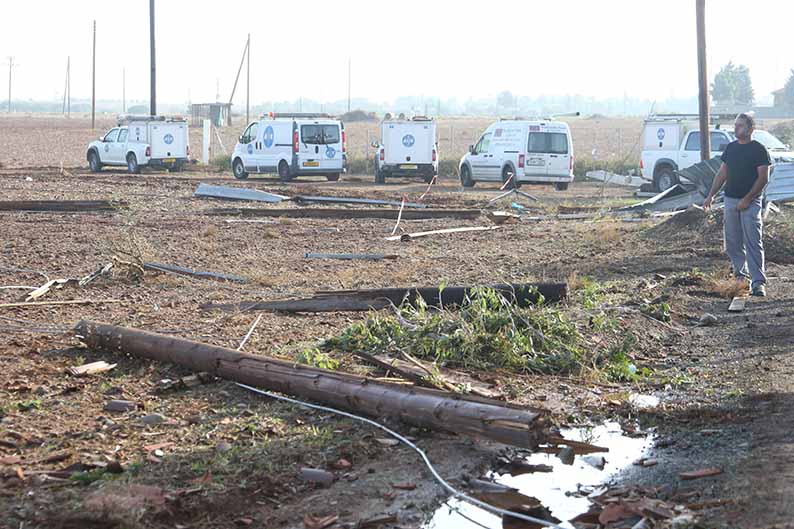 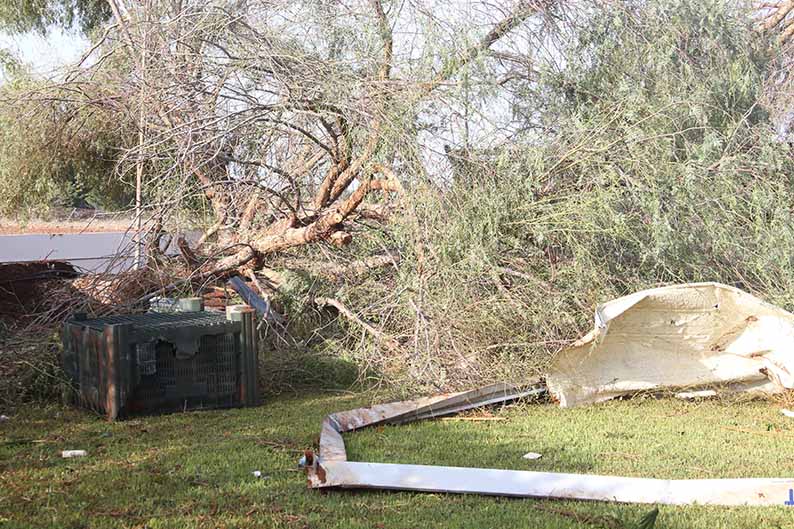 80 per cent of rubbish on Cyprus beaches is plastic