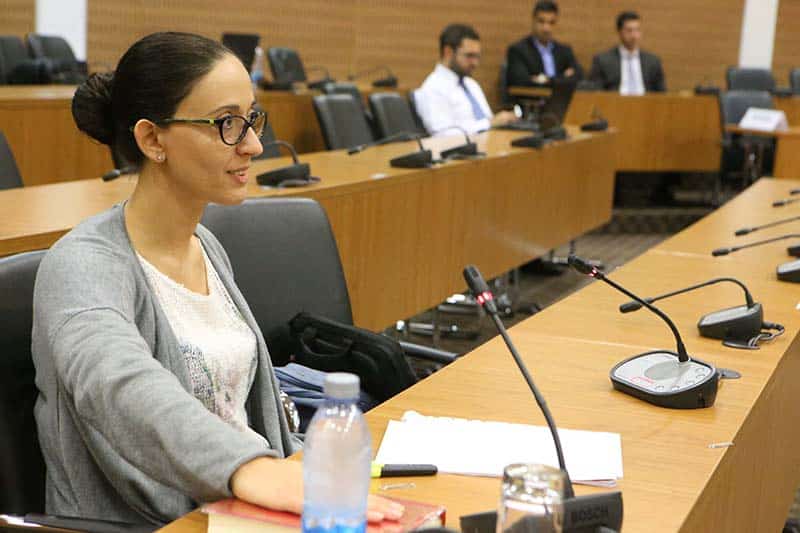 A former internal auditor at the Athienou cooperative bank described on Tuesday how the lender would dish out loans without regard for borrowers’ ability to repay.

Eleni Georgiou was testifying before the committee investigating the demise of the Cyprus Co-op.

In April 2013 she was suspended by her superiors on the grounds of ‘misconduct’ – which she said was but a pretext to silence her as she was ‘rocking the boat’.

Georgiou stated that she had long noticed the bank was granting loans in the form of a current account credit line with limit.

This meant that rather than having to repay a loan in instalments, a borrower was only required to repay the entire amount at a due date.

Often, when borrowers failed to repay the bank simply extended them a new credit line.

“Non-performing loans were swept under the rug by using these current accounts. As a result the profitability which our bank had built up over the past 90 years was wiped out and we were in the red.

“When I pointed this out, they told me I was an alarmist.”

Loans were being granted with abandon, having no regard for a borrower’s ability to repay. The sole criterion was the collateral put up by a borrower.

But even that turned out to be problematic, as she discovered during a 2013 valuation of properties that were tied to non-performing mortgages.

In early 2013 the supervisory authority had called for checks to be carried out on 70 per cent of the bank’s loan portfolio.

An assessment of the value of the properties indicated that “essentially we had no capital,” she said.

Among other things, Georgiou uncovered multiple cases where the funds in current accounts did not match up with deposits made into that account.

Current accounts were being loaded up.

“They used to approve loans where the ratio of total lending to a company’s assets was 90 per cent, that is, 90 per cent was being financed through lending and only 10 per cent by equity.”

These practices, she said, became engrained in the bank’s culture.

“They considered it normal. If you told them any different, they would call you irrational. To them, it was completely normal not to take into account a borrower’s ability to repay.

“It wasn’t the crisis of 2013 that brought us here. It was the practices followed all those years before.”

Also on Tuesday, the investigating committee nearly issued an arrest warrant against a witness who failed to show up, but decided against it when it was informed at the last moment that the witness was ill.

Yiannakis Yiannaki, former secretary at the Paralimni co-op, had been due to testify before the committee at 12.30pm.

When he didn’t appear on time, the committee chairman suspended the proceedings for half an hour, stating that an arrest warrant would be issued for Yiannaki unless he turned up within that time frame.

Just before the 30 minute cut-off, the committee received an email from Yiannakis’ son, informing them that his father was unable to attend as he was indisposed.

The email contained an attachment with a doctor’s note certifying that the witness was ill.

The committee accepted the explanation and decided against an arrest warrant.

According to media reports, it was Yiannaki himself who had requested that he appear again before the panel.

He had first testified in early September, where he had to answer questions as to whether he personally held non-performing loans with the co-op, which he denied.

In a letter he subsequently addressed to the committee, Yiannaki said he had been portrayed as a corrupt official and that he wished to reappear in order to provide more information in a bid to clear his name.

The next sessions of the investigative committee are scheduled for October 29 and 31.

Putin and Trump set to meet in Paris on November 11