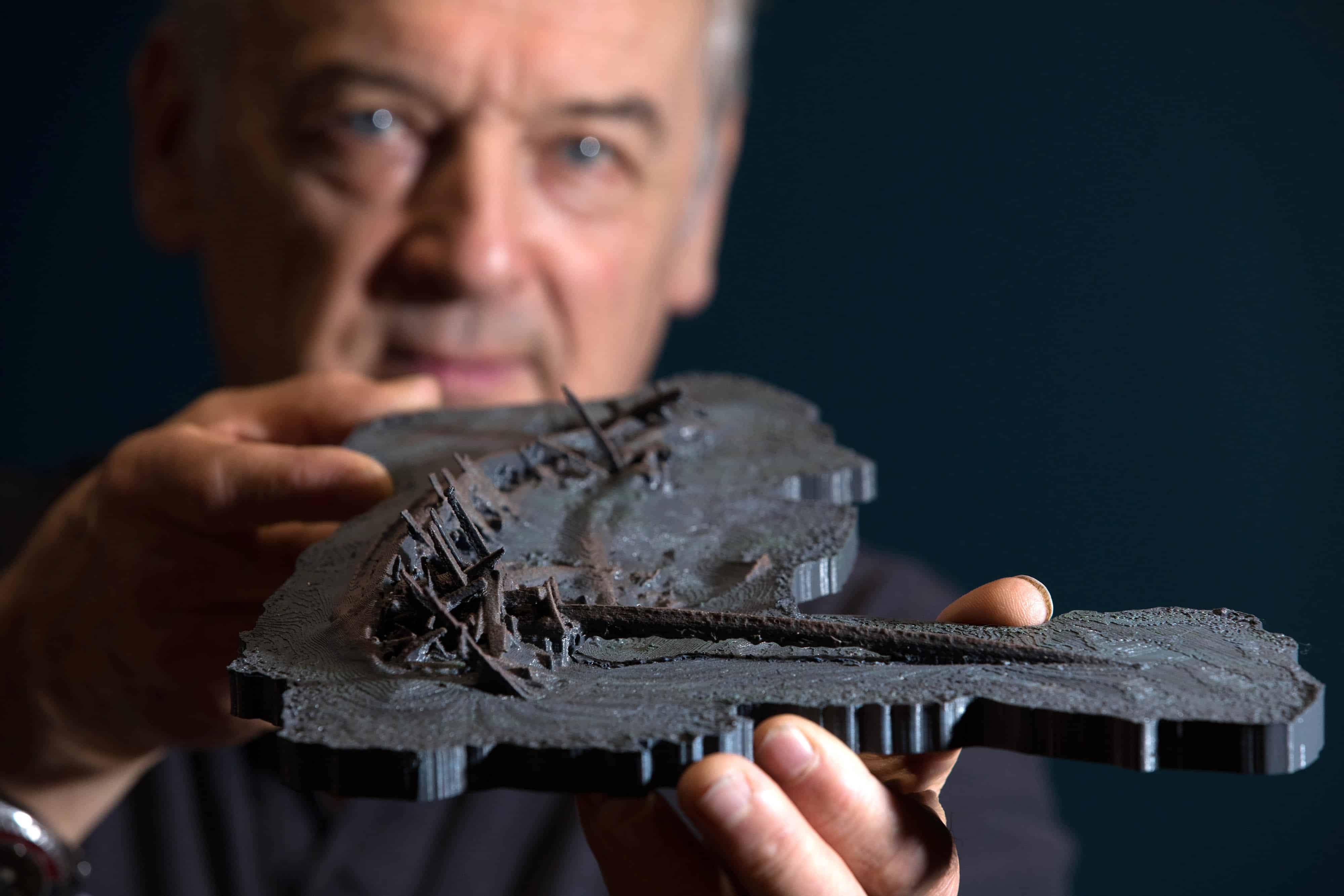 Professor Jon Adams of The Black Sea Maritime Archaeology project holding a 3D model of a Greek shipwreck from 400BC, officially the World's oldest intact shipwreck, at the Wellcome Collection, London

The world’s oldest intact shipwreck has been discovered more than a mile beneath the waves of the Black Sea, archaeologists believe.

A team of researchers from Britain and Bulgaria found the skeleton of a Greek trading vessel during an exhaustive survey of 772 square miles (2,000 sq km) of seabed.

A small piece of the forgotten vessel was taken for tests and carbon dated to 400BC, making it the “oldest intact shipwreck known to mankind”, according to the group.

In late 2017, the most recent phase of the work, the cameras settled upon the remains of the Ancient Greek ship jutting from the sand.

Its original shape had not been compromised despite millennia at the bottom of the sea, with a mast and rudder still clearly visible.

Researchers said such a design has only previously been seen on Greek pottery from the time, such as the Siren Vase in the British Museum.

The artefact shows Odysseus, hero of Homer’s epic poem The Odyssey, bound to the mast of a vessel as Sirens circle overhead, trying to lure sailors on to the rocks with their enchanting songs.

The preservation of the Black Sea shipwreck is owed to the conditions of the water, which is oxygen-free and allows organic material to be sustained for thousands of years, the group said.

Professor John Adams and the University of Southampton helped led the expedition, which also had GCSE students from disadvantaged schools on board.

Professor Adams, who is Black Sea MAP’s principal investigator, said: “A ship, surviving intact, from the Classical world, lying in over 2km of water, is something I would never have believed possible.

“This will change our understanding of shipbuilding and seafaring in the ancient world.”

A documentary about the project will be shown at the British Museum on Tuesday.

No proposal on ‘loose federation’ tabled at national council (updated)