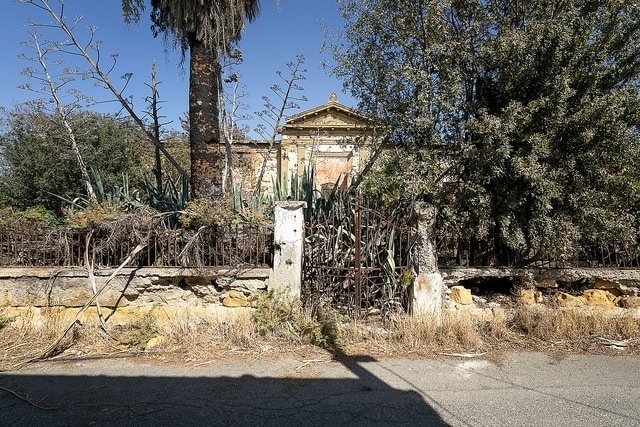 Everything which can be prepared to open up the buffer zone along Nicosia’s green line has been done, now it is up to the public to ensure it is going to happen, speakers at a bicommunal conference said on Wednesday.

“It never ceases to be a shocking image,” UN secretary-general`s special representative in Cyprus Elizabeth Spehar, who is only too familiar with the buffer zone, said at the opening of the session at the Centre of Visual Arts and Research (CVAR) in Nicosia.

Restoring the green line area, she added, should be appreciated well beyond technical repairs as the area is of great symbolic and geographic significance.

The buildings along the green line, which has been largely abandoned since the 1960s and 70s, are now derelict. Many are now in ruins.

Five years ago, the green line was included in Europa Nostra’s first annual list of the seven most endangered sites in Europe. The programme has so far selected 29 monuments in 19 countries which are in urgent need of restoration, thus drawing attention to the places that need it most.

The Nicosia buffer zone is one of the bigger projects, as 265 buildings are involved.

A bicommunal team has been working for years to prepare for its restoration, which becomes ever more urgent, since even in the five years after it was declared a heritage site much has deteriorated, said Androulla Vassiliou, vice president of Europa Nostra and moderator of the conference.

“Without prompt coordinated action, the historical buildings in the buffer zone could become so ruined that they will not be able to be restored thus irrevocably destroying the heart of the city and its numerous heritage buildings,” the UN also warned in a recent report.

The objective is to help create conditions in the buffer zone to allow and encourage its eventual rehabilitation and use, being properly integrated into the adjacent urban areas.

“The idea is not just to open another vertical checkpoint such as the one in Ledra street, but to create a horizontal space, that is to open Ermou street from the west to the east, thus bringing into existence what used to be in place before the 1960s in the area, a vibrant interaction and trade among Greek and Turkish Cypriots,” researcher and peace activist Ayla Gurel told participants at the seminar.

Agni Petridou and Ali Guralp, heads of the Nicosia Master Plan, outlined what has been done in past years as part of the bicommunal plan for the capital. Due to their cooperation a group of enthusiastic Greek and Turkish Cypriots were able to carry out repairs in buildings in both the south and north, and took measures aimed at housing rehabilitation.

As for the buffer zone, an info-box project was launched to raise awareness, and all the 265 buildings have now been measured, photographed, and it was determined which are the most difficult to fix, which need immediate attention if they are not to collapse, but also which ones are the ones deemed most valuable in terms of historical and social significance.

“We have done a lot of work to prepare, but we are not able to get into the buffer zone,” Guralp explained. “We are waiting for the green light. Pressure will come from the public to do something about it.”

“We are optimistic,” his Greek Cypriot counterpart Petridou added. “We prepared for years for the Ledra crossing to open, and then suddenly they gave us a week to open it.”

New programme will teach students how to manage money