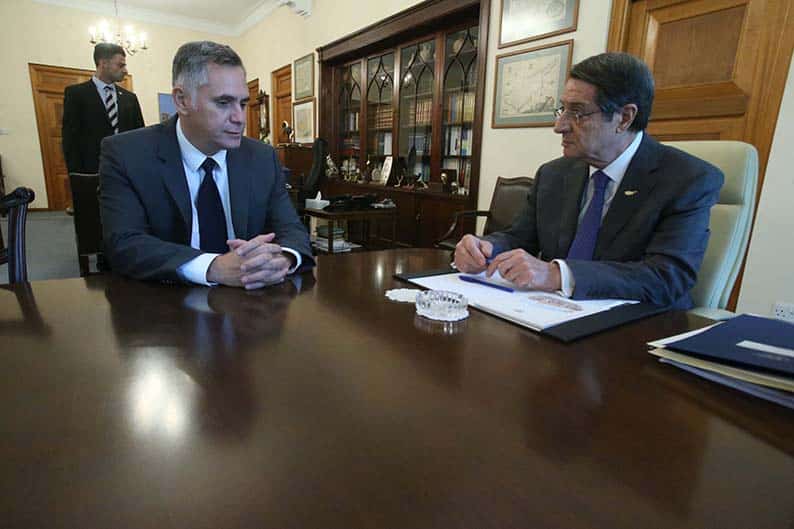 President Nicos Anastasiades on Wednesday had separate meetings with the leaders of Diko and the Citizens’ Alliance to discuss proposals they had made as presidential candidates.

Anastasiades will meet next week with Stavros Malas who was backed by Akel.

Government spokesman, Prodromos Prodromou, said after the meetings that many of the proposals had already been implemented because they were also the president’s own but a significant number of others could be adopted.

“Some of these proposals need to be legislated, several others can be implemented complementarily within the framework of existing policies, while some others can only be government decisions,” he said.

When Anastasiades’ contacts are completed, the government will inform the public which of those proposals will be adopted.

Leader of the Citizens’ Alliance, Giorgos Lillikas, said he was satisfied that Anastasiades would adopt and implement some of his proposals.

He said these included monetary aid to young couples to build/buy their primary residence in rural areas and subsidised fuel for those who live in remote areas and have to commute to work daily.

“The aim of the proposals is a better quality of life for residents of rural areas,” Lillikas said.

He also proposed gradual raises of low pensions and incentives for early retirement.

The government, Lillikas, said, is promoting some of his party’s proposals and is to incorporate them in its own programme for 2019-2020.

Diko leader, Nicolas Papadopoulos, said that Anastasiades pledged to look into whether some of his party’s proposals could be applied within 2019, and, if possible, included in the 2019 state budget.

“These proposals will be beneficial to the public and society as they relate to improving the pension system, providing health services, protecting vulnerable groups and improving protection for bona fide borrowers,” Papadopoulos said.

He added that his party did not object to its proposals merging with those of the government.

“We have tabled these proposals as suggestions, and it is up to the President of the Republic and the government to adopt or use them for similar proposals on the basis of their own aspirations,” he said.