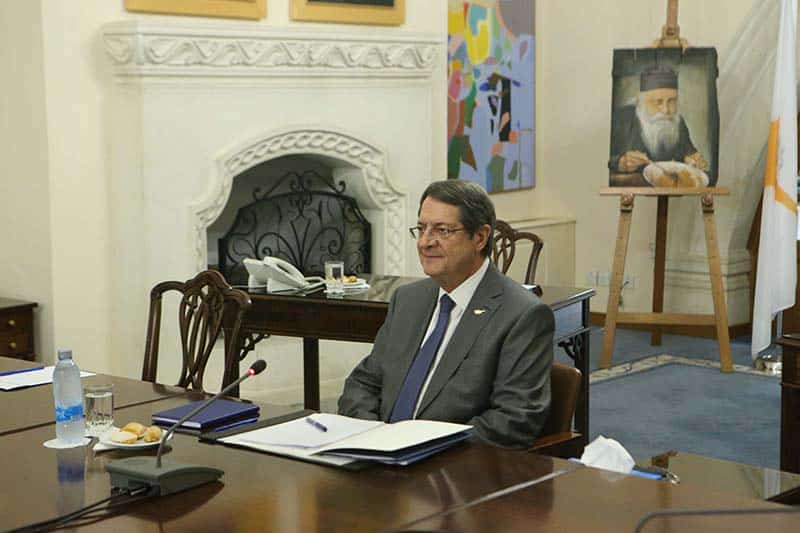 There was a lot of frustration coming out of the National Council meeting on Tuesday when President Anastasiades failed to present his ‘food for thought’, or ‘detailed proposals’ on a decentralised federation to the political leaders.

If anyone thought he would clarify what he means by a ‘decentralised federation’, they would have been deeply disappointed.

Perhaps the president does not know himself what it means since last week he suggested a workshop of experts to discuss what a ‘loose federation’ would mean, as opposed to a ‘tight federation’ or bicommunal bizonal federation (BBF), which has been the agreed basis of a solution for decades and the guiding principle of UN-backed talks.

Either Anastasiades is confused himself or more likely, is obfuscating in an attempt to ultimately avoid the kind of power-sharing that would emerge under a BBF.

According to the main opposition parties, Akel and Diko, neither did Anastasiades answer any of their questions in a clear manner. On Monday night the president had said he would present a more detailed proposal while the parties said no proposal at all was tabled and they were all confused.

But government spokesman Prodromos Prodromou said after Tuesday’s meeting there had been a misunderstanding and there was no plan to table a proposal, only to have discussion and reflection.

Prodromou also spoke of new negotiations based on the UN framework set down by Antonio Guterres in Crans-Montana but the UN chief is eager to hear new ideas, while Turkey said Tuesday it was also open to alternatives.

Given that a BBF has never been properly explained to the Cypriot people, now they may have to turn around and try to understand what a decentralised federation means if it comes to that.

If this becomes the basis for new talks, does that mean more endless negotiations from scratch as the sides argue over every federal competency? How many will remain central to the ‘loose federation’? How many will be granted to the constituent states?

Prodromou said currently the federal bodies in the central state would be more than 100 and he forecast issues of ‘rigidity’ if the constituent states did not agree on various policies. That is a fair point but it’s also telling as to the absence of goodwill and willingness to work together as a reunified country, before there is even a whiff of reunifying.

Logically, in the event the decentralised federation becomes the basis for negotiations, all of the federal competencies would have to be in areas governed directly by Brussels, which would leave no room for one-upmanship in governance by either side in Cyprus.

But even if and when all that is done and dusted, just like the extensive convergences that have already been reached under BBF negotiations until now, at the end of the day, even if the two sides agreed on a decentralised federation, the issue will still come back to Turkey, its guarantee, intervention rights and troops.

Cobalt passengers who paid in cash ‘unlikely’ to get money back