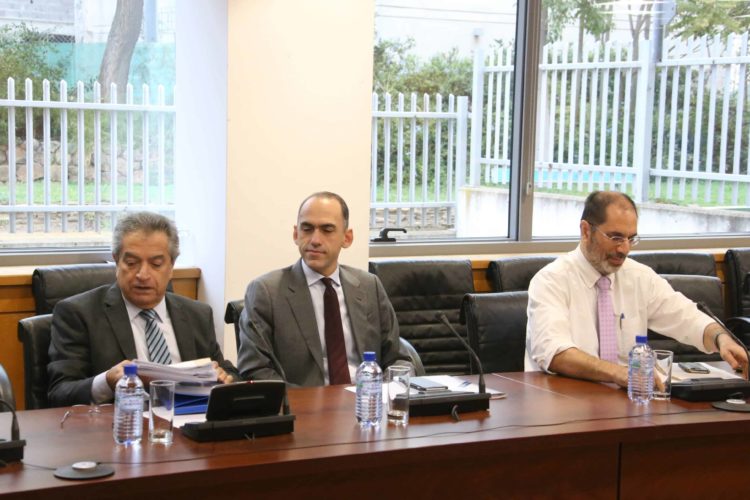 The finance minister and the cabinet acted unconstitutionally when they hired a specific consultant to provide legal advice in the sale of the Co-op Bank, Attorney-general Costas Clerides said on Thursday.

Speaking before the House watchdog committee, Clerides cited a February 4, 2015 cabinet decision that hiring consultants to provide legal advice should be done with the approval of the Legal Service.

“What matters is not who will foot the cost; what matters is that the consultant in question was selected by the finance ministry without approval,” Clerides told MPs.

The issue was raised in July by AKEL MP Irini Charalambidou, who kicked up a fuss because Freshfields, Bruckhaus Deringer had also been hired by late Greek financier Andreas Vgenopoulos five years ago to sue Cyprus.

The company had represented Marfin Investment Group belonging to Andreas Vgenopoulos, who sued Cyprus for €1.05bn.

Charalambidou said the government had hired Freshfields Bruckhaus Deringer to advise on the Co-op Bank-Hellenic deal without inviting bids.

The finance minister rejected the accusations, arguing that the cabinet had followed all the necessary procedures in line with the co-op bank’s 2013 recapitalisation order that allowed the state, as the biggest shareholder, to make the decision.

Georgiades said the Legal Service had been informed by the ministry permanent secretary but did not respond.

The minister added he did not know about a Legal Service decision to exclude certain firms. Had he known, he would have sought alternative solutions, he said.

The firm’s fee would have been paid by the Cooperative Central Bank, in line with the recapitalization order, the minister said.

He said the same thing happened on two other occasions.

Georgiades admitted that the letter to the AG did not provide details, but it did say that the ministry was ready to give any other information needed.

The cost of the service was said to be around €900,000 although the minister said he would look into it and let MPs know the exact amount.

In July, the AG said that in similar cases his office used various firms it thought suitable and asked for proposals and declarations of possible conflict of interest.

The AG said the fact that Freshfields had taken up the case against Cyprus was deemed by the Legal Service as a reason to exclude it for other jobs.

However, according to the AG, the Vgenopoulos’ case against the Republic was later assumed by another firm, The Three Crowns, set up by three Freshfields senior members who had left.

Clerides conceded they did receive a letter on March 12 but it “was deemed to be of an informative nature” and it was never answered because it did not ask for approval. The letter did not name the firm.

The AG said he never disputed the firm’s credentials, which he said was one of the best internationally in its field.

“But this is not the issue. The issue is clearly an issue of principle, a legal issue, a constitutional issue,” he said.