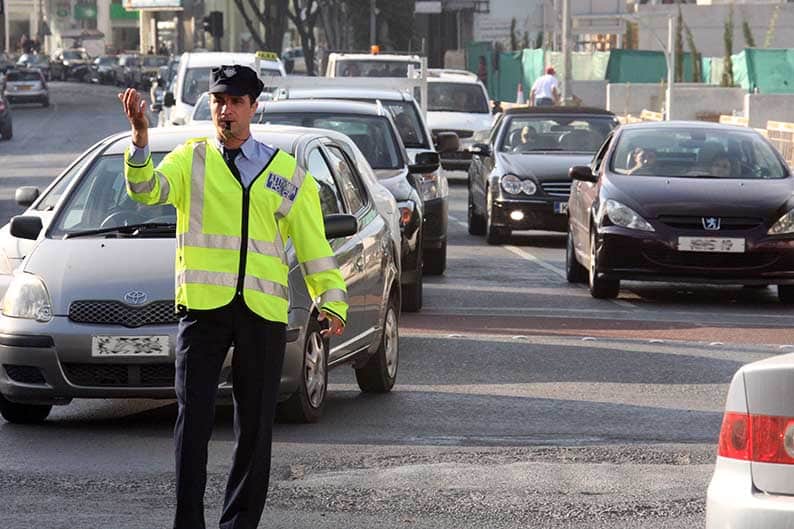 Nicosia mayor, Constantinos Yiorkadjis, warned on Friday that there was no magic wand for tackling congestion in the capital and that implementing the master plan to alleviate the problem was being undermined and causing delays.

Citing data from the public works department, Yiorkadjis said that there has been a four to 10 per cent increase in the circulation of vehicles in Nicosia between 2015 and 2018.

Around 34,000 vehicles enter Nicosia daily, 3,300 more compared to three years ago he said.

On Limassol Avenue, the main road to and from the capital, the overall daily circulation of vehicles has increased from 47,000 in June 2015, to 50,500 in the same month this year.

“These figures confirm what we all know. The great dependence on private vehicles, which has been, unfortunately, served one-sidedly by the transport policy of the previous decades,” Yiorkadjis said.

He added that many households in Cyprus have the same number of cars as their adult members. This puts a great financial strain on families in terms of purchasing cars but also expenses for insurance, maintenance and road tax.

At the same time, the mayor said, increased use of private vehicles puts a significant strain on the environment and the quality of life of residents in urban areas due to air and noise pollution, traffic problems, road safety and lack of parking spaces.

Yiorkadjis argued that constructing more roads would only alleviate traffic congestion problems in the short-term and to a small degree, since the tendency to use private vehicles will continue to rise.

He said it was imperative to seek ways of increasing the use of public transportation but also make the use of private vehicles costly.

“I do not claim there is a magic wand to solve Nicosia’s traffic problem. There is however, since 2010, a study of experts, the Nicosia Integrated Mobility Master Plan (IMMP),” Yiorkadjis said.

This master plan, he said, provides for the increase in the use of public transportation, the creation of more bicycle roads and lanes, and making main road axis one-way streets to allow the creation of new, independent bus lanes.

The municipality, in cooperation with the transport ministry, has started implementing some aspects of the master plan.

But he warned that budget restrictions and other issues had limited the implementation of the IMMP.

“Unfortunately, the implementation of virtually all other provisions of the IMMP, especially those concerning the main roads, the creation of bus lanes and the increase of the budget concerning public transport is unduly delayed, and in some cases it is clear that attempts are also being made to undermine it,” he said without elaborating further.

He highlighted the municipality’s mini bus network for transportation within the walled city which was launched in May 2017, whose use is increasing slowly but gradually.

Works have also started for the redevelopment of the Makarios and Kallipoleos avenues and for turning them into one-way streets, as well as the construction of bicycle roads and lanes to connect all universities of the capital with the city centre.

But the implementation of only some parts of the master plan, he warned, would not produce the desired result.

“Only if the master plan is implemented in its entirety can we hope for more substantive results.”

Hamilton would be proudest of his fifth F1 title