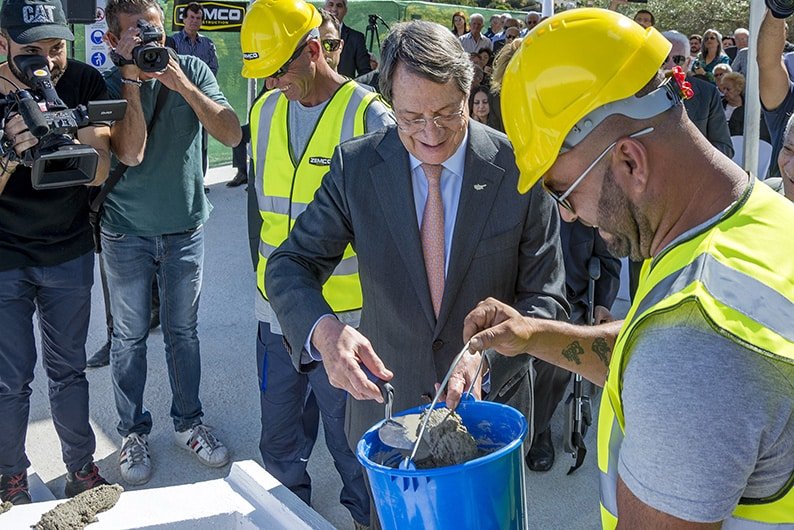 PRESIDENT Nicos Anastasiades on Saturday urged the public to chip in and support the work of the Eoka veterans’ rehabilitation centre in Palodhia, Limassol, which needs about €6m for its new wing.

Speaking at the groundbreaking ceremony for the new facility, Anastasiades said the government has contributed €1m which will allow the medical centre to expand its rehabilitation services, while the management board of the centre aims to raise the entire amount through donations.

The new wing will be dedicated to the Hellenic diaspora, he said, “as a sign of gratitude to Greeks abroad, who fervently appreciating the struggle of the founders and the work of the centre, financially sustain its operation, including generous contributions for the creation of this wing.”

The state also supports the centre, he said, through an annual grant of €90,000, in addition to sponsoring a number of beds each year.

“In many cases […] the centre offers its services at below cost to our fellow citizens in need. That’s why everyone’s help is even more important,” he said.

As a state-of-the-art care, in-patient, treatment and rehabilitation unit, he said, the Eoka veterans’ rehabilitation centre “set as its sole priority the wellbeing and dignity of the seniors staying at its nursing home, as well as providing high-quality rehabilitation services to inpatients and outpatients.”

He gave reassurances that the government would continue to offer its support.

Liverpool return at the top of Premier League